Some might consider her lucky, but Dong Shancai doesn’t think so herself. Being associated with the “famous” F4, in particular, the ring leader Daoming Si, is a total nightmare for her. She thinks he is rude, inconsiderate and arrogant; just another wealthy brat who thinks the world revolves around him. However, as she gets to know him more, she discovers there’s more to him than meets the eye. Will they fall in love, and will that love be enough to overcome the many obstacles standing in their way?

Hello! I am back! Yes, I know – I’ve been away for too long. Sorry for the long hiatus, but last year was miserable for me because I was stuck in this really terrible job that had almost no time off. And with what little time I had away from my work I was focused on figuring out how to leave my job and find something better to do. As you might have guessed by this point, I’m back because I’ve finally managed to transition into a new position that I enjoy! So hopefully this means I’ll be posting more regularly from now on – fingers crossed and all that.

Ok, so now that we got that out of the way, let me get to the review portion of this post. It’s been a while since I watched this particular drama, but I’ve long promised to write a review about it so here it is!

Most drama watchers are very familiar with this story and its many iterations over the years. It is more or less based on the Japanese shojo manga Boys Over Flowers and was first brought to the small screen in 2001, in the now-famous Taiwanese adaptation Meteor Garden (starring Barbie Shu and Jerry Yan). It was followed by a Japanese live-action Hana Yori Dango in 2005, and finally the South Korean version Boys Over Flowers (starring Lee Min Ho and Ku Hye Sun) in 2009. These dramas (and its sequels) not only made this story famous all over Asia (and beyond) but also catapulted the starring leads into the height of fame. With a gap of 9 years, this story is finally getting a fresh makeover, and I was pumped! 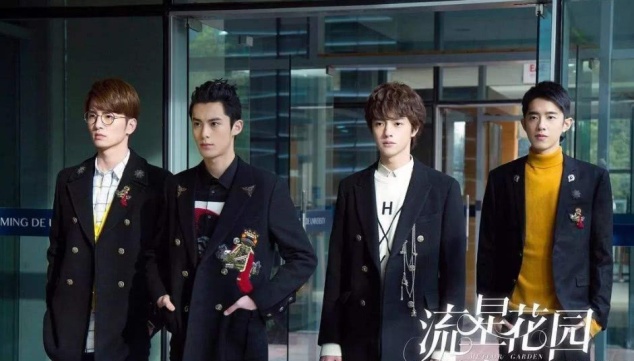 Of course, with every remake, there are changes in plot lines. However, before I even started watching I knew that this Meteor Garden was not going to escape the inevitable – comparison with its Taiwanese predecessor. Many people have commented online how displeased they are that the two versions are not identical, or that this new Daoming Si is a lamer and more childish version of Jerry Yan’s character (see bullet point 3 in This & That). This drama seemed to be criticized left and right, but since I have never seen the 2001 “original” I watched the 2018 “remake” with less of a judgemental eye.

What I found was rather refreshing. Though it’s not as glamorous as the South Korean version (anything rarely is), I thought it did a good job of making the story more realistic and practical, bringing it to 2018 without sacrificing the heart of the plot. Yes, new Daoming Si has some lines that are a bit cringe-worthy, but it’s a rom-com, and we aren’t here for the script, are we?

In addition, I actually thought the acting is pretty good, considering most of the cast is starting from ground zero – no prior experience in this industry whatsoever. In particular, I actually really enjoyed Dylan Wang as Daoming Si. He fully embraces the relentlessness, determined, charming and loving character that Daoming Si is. His cornrows might be stupid looking, but hey, when did this character have a good hair day in any of these dramas? 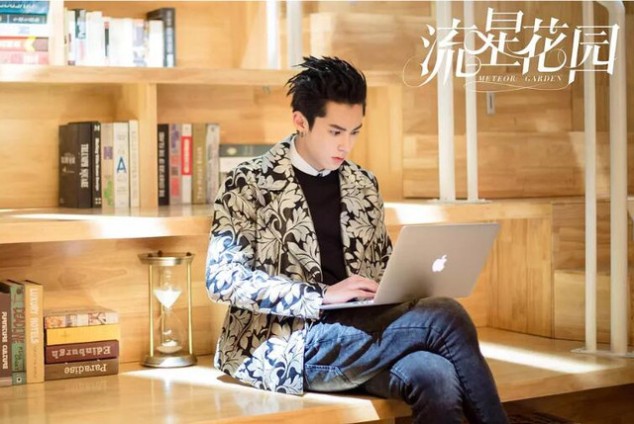 While I really think Dylan Wang shines in this drama, the rest of the cast – while not bad by any means- is not really very memorable. They deliver their lines, go through the motions and that’s pretty much all you can expect from them. Much like in Boys Over Flowers, I want to skip over all those subplots because they bore me, but that might not be a reflection of their acting, rather a representation of how little I care about the original characters they are based on.

All in all, it’s not a must watch, but I think it’s very enjoyable. I know I binged it when it came out, and then watched a bunch of variety shows about it, but hey that’s just one person’s opinion. Just remember though, if you are to watch it, to go in with an open mind – it’s not touted as an identical remake, and so you should not expect it to be. Enjoy the story for what it is and appreciate the work they put into making it happen.