As we’ve mentioned in our podcast a couple of weeks ago, we recently made a special trip and we are here to talk about it! During this trip, we went back in time to explore China’s last dynasty — Qing — to see the grandeur that once took place behind the red walls of the Forbidden City, to witness the rise and fall of Empresses like Xiaoyi (a la The Story of Yanxi Palace), and to understand how their fate is really so far beyond what they could control. So, how did we do it exactly?

We went to the Peabody Essex Museum up in Salem, Massachusetts! (That’s right, Salem is not just a town well-known for witches and Halloween festivities!) Not only did we get to see the awesome new Empresses of China’s Forbidden City exhibit (August 18, 2018 – February 10, 2019), we also had an opportunity to see Yin Yu Tang, a sixteen-bedroom family house built during the Qing dynasty in the southeastern Huizhou region*.

Want to know what we thought of everything?

*Tickets to the Empresses of China’s Forbidden City exhibit and Yin Yu Tang were sponsored by the PEM in an exchange for our honest review.

Still riding on the craze (read: obsession) of The Story of Yanxi Palace this past summer, I was thrilled to discover a museum exhibit dedicated to the real-life women featured in the show. Drama fangirling aside, however, it’s become very important to me as I’ve become older that I learn more about my heritage and culture in order to better appreciate it. So, to be able to see in person so many of these Chinese artifacts that I’ve ever only seen pictures of or in dramas here in America was a privilege that I don’t take lightly. The Empresses of China’s Forbidden City was a beautiful and smartly laid out exhibit that highlighted powerful women throughout the Qing Dynasty and their stories. 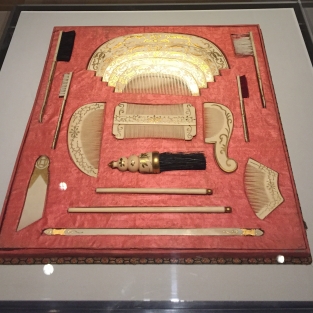 Admittedly, it’s been quite some time since I’ve studied Chinese history, so I experienced the exhibit as someone who wasn’t entirely familiar with it. But even for experts on the topic, there’s something so surreal of being able to actually witness pieces of history in front of you, whether it be an Empress’ bejeweled hairpin or an ink scroll with a poem written with a brush once held by Emperor Qianlong. The artifacts on display were in almost perfect condition, which really conveyed the opulence and grandeur of imperial life in the Forbidden City. The amount of text that accompanied each artifact was appropriate, so one never felt like they were just standing around reading the whole time.

I particularly enjoyed the way the exhibit featured many of the Qing empresses, even those that aren’t as instantly recognizable. Each empress had a section devoted to her, so you’re able to get a comprehensive understanding of her time in China’s history. For history buffs, this will be gratifying and informative. And for the casual museum-goer, it is an opportunity to learn much more about Chinese history than what is often featured in pop culture or from your middle school history class on ancient civilizations.

Empresses of China’s Forbidden Palace allowed myself and other visitors to see pieces of history that we otherwise may have missed out on unless we were in China. Hopefully, more exhibits such as this one will become more readily available. I The exhibit coinciding with the current interest in women of the Qing Dynasty and their stories is also impeccable. Coincidence? Perhaps, but it’s certainly a welcomed one.

Though I’ve been to China quite a number of times, I’ve only visited the Forbidden City once during my youth, so I was particularly excited to see this exhibit open at the PEM. I have not watched The Story of Yanxi Palace, but having grown up on palace dramas and dabbled in some history books, I can piece together some bits and pieces of what life might’ve been like in Imperial China. I really appreciated how PEM decided to lay out the exhibit, transitioning from one room to another as a woman in the palace would progress up the ranks, from becoming a concubine to giving birth to an heir and influencing the politics at the time. There are detailed paintings depicting what life was like in the palace, and beautiful portraits of the empresses who once reigned. I particularly enjoyed the robes, the jewelry and inscriptions on display. It’s hard not to let out sighs of amazement, and be stopped in my tracks marveling at the delicately carved fruit trees or the neatly sewn cranes. 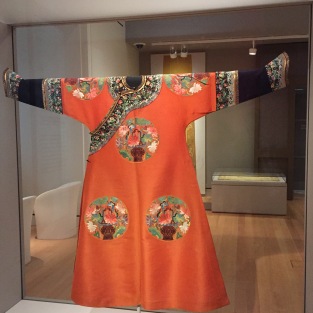 I was definitely overwhelmed and impressed by how many things were available at PEM. Not only that, I was able to walk through the exhibit at a very leisure pace, taking my time to soak in everything. I was able to get super close to a pair of shoes worn by an Empress three hundred years ago, and take my time to hear the sorrowful poem dedicated to Empress Xiaoyi read in Chinese and English. Perhaps it is because this exhibit is made possible in partnership with the Palace Museum in Beijing, there was a sense of neutrality in how history is portrayed, versus other American museums where facts are sometimes skewed to favor how Westerns tend to perceive things, not always fully understanding the intricacies of Chinese culture, especially during a different era. Walking through the exhibit I felt like Chinese culture and history was on full display – there is a great respect for these women, and at the same time a great sadness for how helpless they might’ve been.

Should you go see this exhibit? Definitely, especially if you are in the area. I also highly recommend Yin Yu Tang – not because it is from hometown – but because it will paint for you a true picture of life in China during the last century (the house was in use even during the communist era and there are many artifacts from that time period). I recognized many of the common household items as things I’ve seen in my grandparents’ homes, and walking through the corridors brought back so many memories of my own childhood… 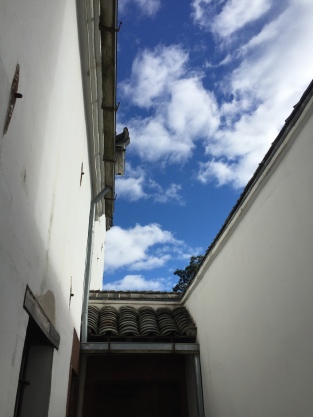 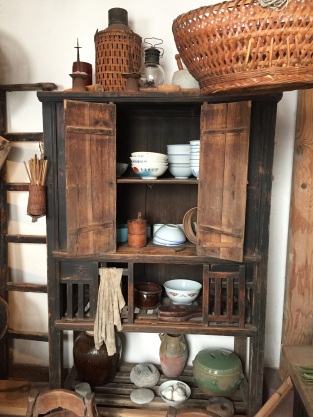