Things are not always what they seem. 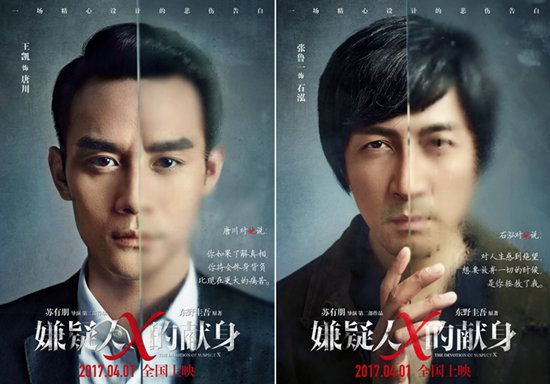 Shi Hong, a brilliant mathematician who works as a high school teacher, has a crush on his next-door neighbor, Chen Jing, but can only admire her from afar. When Chen Jing’s abusive ex-husband makes an unwelcomed reappearance in her and her daughter’s life, things take a deadly turn in which the ex-husband ends up dead. Risking everything, Shi Hong concocts a flawless alibi for Chen Jing to hide the truth of what actually happened. But the reappearance of Shi Hong’s former classmate and equally brilliant physics professor, Tang Chuan, puts the once flawless alibi suddenly at risk of being completely unraveled and exposed. 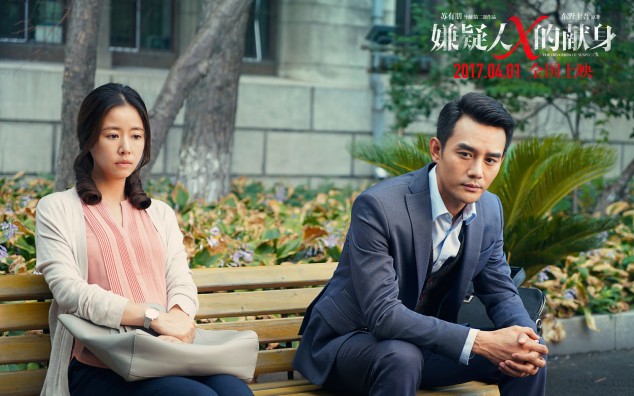 Anna: By sheer coincidence, I actually read the original Japanese novel that this movie is based on a few months ago. I loved the book and was so impressed by the story’s twists and turns that I didn’t bother to watch any of the other film adaptations, in fear that it would “ruin” the story. The Chinese adaptation’s cast and suspenseful-looking trailer had me intrigued, but I’m sad to report that my initial fears of being disappointed proved to be true. Gone was the nuanced buildup of suspense, which in turn made the shocking ending lose some of its poignancy and jaw-dropping quality. By condensing the story to the bare basics, but then adding unnecessary scenes purely for dramatic effect, The Devotion of Suspect X did not do its original source material justice.

Poor writing adaptation skills aside, the cast didn’t exactly win me over either. Unlike in the book, Wang Kai’s version of the brilliant physics professor was anything but that. It seemed like half the time he simply stumbled onto a key piece of evidence, instead of arriving at its conclusion in a methodical manner. Likewise, Zhang Li Yu was mechanical and monotonous in his line delivery and performance. These were two complex and multidimensional characters that the actors failed to portray. Ruby Lin fared a bit better than her costars, but I’m inclined to believe that I was just fooled by the makeup and costume that made her significantly older and more haggard.

Never having seen his directorial debut, I think Alec Su did a pretty decent job as director here. I appreciated that he was still able to inject some suspense into a film that was largely devoid of it because of the poor writing. His direction was the redeeming factor to an otherwise lackluster adaptation. My word of advice is to not even bother with the film, and to just go read The Devotion of Suspect X instead. As it is true in almost all cases, the book is significantly or, in this case, infinitely better.

Estelle: Having never read the original work this movie is based on I went into this movie with much lower expectations. I even had no idea that this movie was coming out until we happened upon its poster in a mall during our recent trip to NYC. Though I did not find this movie as disappointing as Anna did, I also did not find it particularly suspenseful. The story line is pretty straightforward, and the events unfolded according to my predictions. I do have to qualify that last statement –  I usually do guess the ending to most mysteries, whether that is book, movie or TV shows, so I did not go in thinking this was going to be different.

That being said, this movie is not without strengths. The casting, for example, is done well and I found them all to be believable in their roles. While I’m usually not a fan of Zhang Lu Yi (I find him too “gloomy”), he is perfect as Shi Hong with his silent creepy gentleness. Wang Kai, on the other hand, is quite uninspired as he just walks here and there onscreen without much impact on the story. Finally, Ruby Lin also reverts to her Huang Zhu Ge Ge days of portraying a pity-me character, but alas, she does it well.

Overall, I would say this movie has all the superficial elements needed to secure box office success, but it is lacking in several departments that will ensure its place as a classic. You can definitely check it out for an hour and half of entertainment, but look elsewhere if you are searching for something that involves a bit more thinking or something that will have you on the edge of your seat. 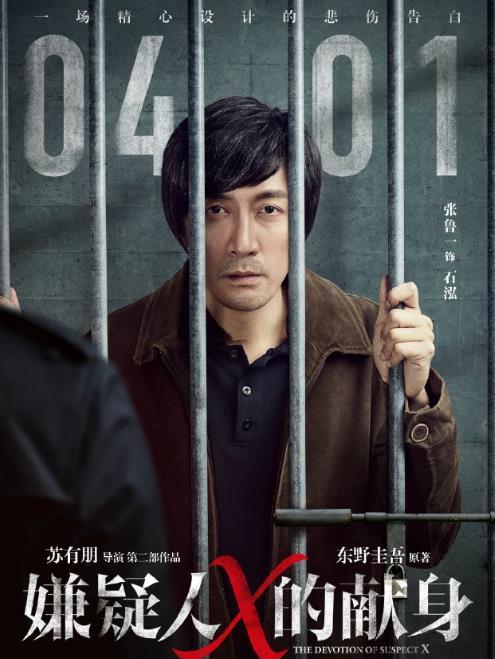 2 thoughts on “The Devotion of Suspect X/嫌疑人X的献身 (Film Review)”