Lin Cheng Hsin is an ordinary if not unattractive high school girl who through a series of events becomes entangled with the resident bad boy, Hsu Tai Yu. He makes her complete his various requests, ranging from getting him breakfast to doing his homework. When they find out their respective crushes are in a secret relationship Cheng Hsin and Tai Yu abandon their differences, forge an alliance to break apart the couple in order to fulfill their own romantic ambitions. Along the way Tai Yu and Cheng Hsin begin to forget the initial reason for their friendship and start to deviate from their original plan.

While aboard yet another long plane ride I discovered this gem under Foreign Films. I began with little to no expectation, but was so pleasantly surprised by how wonderful this movie turned out to be that I resolved to write this review as soon as possible so I can share it with you. Though Taiwanese dramas tend to fall apart left and right, the movies have been consistently of fairly decent if not better quality. I actually find myself enjoying Taiwanese movies because it doesn’t have those silly stock characters who add no value to the story line what-so-ever. And not to mention the overly dramatic acting. Argh. Why can’t the drama folks take a page out of the movies and get it together?

To be completely honest, I’ve never heard of any of the actors before. A quick glance at their info online and I’m all like who knew Darren Wang had a cameo in Pi Li MIT? But I guess I should’ve known Vivian Sung since she debuted in Cafe. Waiting. Love? Their onscreen performance had me thinking they’ve already got a few under their belts (and made me incredibly embarrassed that I knew not who they are) when in fact they are still relatively new to these starring roles. I say to this – good on ya! 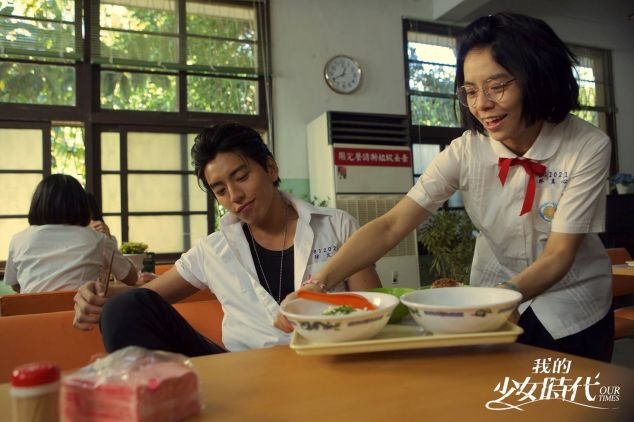 Sometimes its those little quirks, moments and small interactions that really build up the story. In this particular movie, its how they remind us of our youthful high school selves and the ridiculous shenanigans we pulled when we were trying to capture the attention of the ones we fancied, yet maintaining that magical element, making the realism of it all just a little bit out of reach. Darren Wang and Vivian Sung brought their A-game, did fabulously, portraying their roles, capturing the essences of their characters and breathing life into the story.

What I could have done without is probably the Joe Chen and Jerry Yan cameos at the end. I’ll let the Andy Lau one slide because he is somewhat pivotal to the whole story (Sung’s character, Cheng Hsin is a die-hard Andy fan), but Joe Chen and Jerry Yan? I get that they bring celebrity factor to the movie, however, I really think their sudden appearance as adult versions of our OTP really made me pause and do a double take. It is as if Chen Hsin and Tai Yu stepped out of character, or got some serious plastic surgery since they graduated high school. C’mon! They were 18 – how could they have changed that much?

In any case, Our Times is one for the romantics – who doesn’t love a good story where the girl tames the boy and the boy falls desperately in love with her? It certainly made me feel in all the right places. 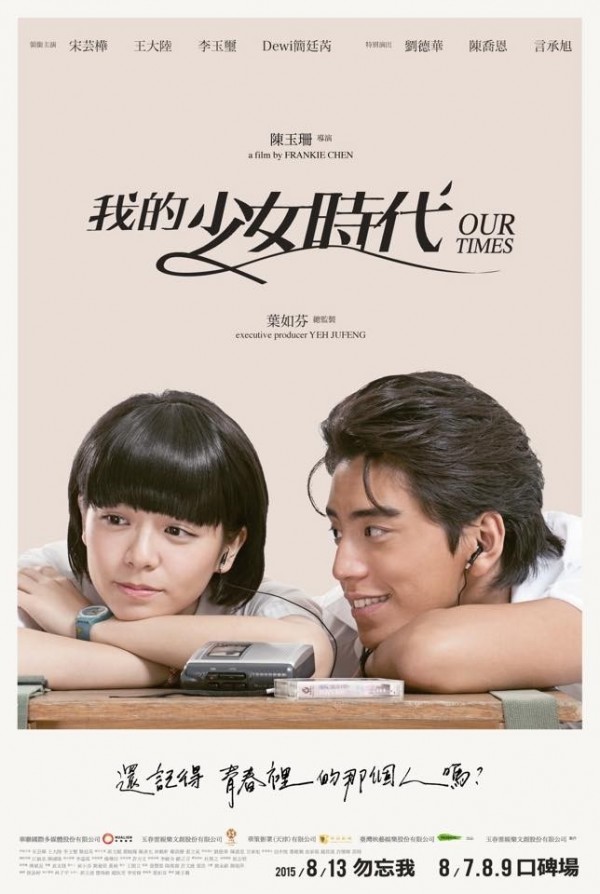 3 thoughts on “Our Times (Film Review)”