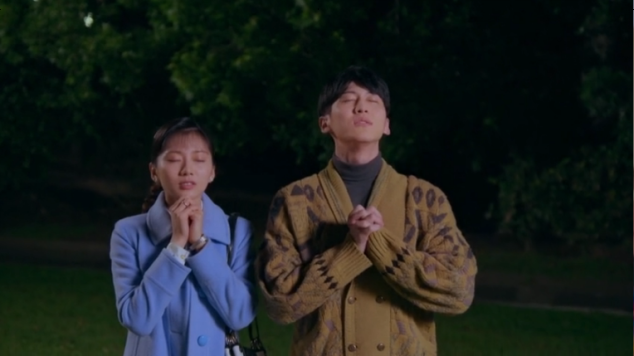 Now that things are looking better, Zhen Zhen and Chen Che give Ya Juan a cute card with a map drawn. If she follows what the map says she will find a secret inside the house Chen Che arranged for her and Jin Qin. And of course, the “secret” is none other than an adorable baby’s room! Wait, are you allowed to do that to someone else’s house? I thought they are just “temporarily” living there 😛 The random baby photos on the wall is mad weird though.

And of course, the room is not complete without Jin Qin! He comes in to tell her that though this is temporary housing, this will be their first home. He then proceeds to show her the stuff he bought – baby cloths and books. He even tells her that he has already found several tutoring jobs so she can stay home and take care of the baby instead. She thanks him and he kneels down to propose to her! Yay! Does this mean Chen Che is going to have a dad in 2016?

Suddenly, Ya Juan pulls back and refuses Jin Qin because she is sure her mom won’t agree. However, right then and there, Ya Juan’s parents walk in to give their approval! So Ya Juan happily accepts the proposal! Yay!

Things aren’t as easy as it looks though. Apparently in order to get mom’s approval Jin Qin had to promise that he will never father a child of his own! Mom was afraid that even if Jin Qin agrees to take care of Ya Juan and the baby now he might stop loving this child once he has one of his own, but with his promise mom finally consents to their relationship. 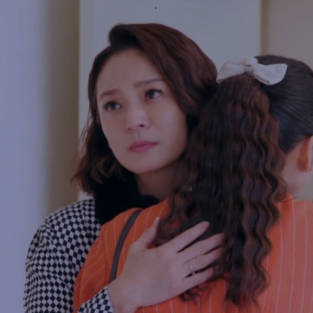 Meanwhile, Chen Che is still trying to figure out who the real culprit is, especially since he has an additional clue, the lighter that Zhong En found on site. What’s currently occupying his thoughts though are the stocks that Xiao Long recommended to Jin Qin. Why so concerned? Because Chen Che knows that there will be a stock market crash in 1990. While Chen Che is telling this to Zhen Zhen he hears Xiao Long calling Guo Shen Tai. Uh-oh!

Guo Shen Dai invites Chen Che and Zhen Zhen to dinner with Xiao Long, and Chen Che agrees. At dinner, Chen Che notices that the lighter Guo Shen Tai has is the same as the one left at the scene. Womp womp.

The next day Chen Che voices his concerns about the stocks to his boss, but Xiao Long angrily interrupts him. Xiao Long refuses to believe Chen Che so they enter a bet about stock points. If Xiao Long loses he will listen to Chen Che from now on. And of course, who do you think won? Obviously Chen Che! 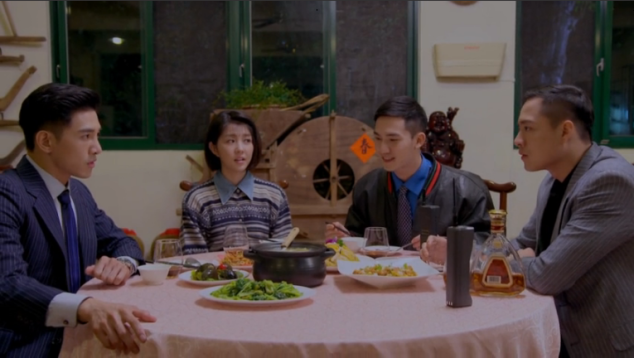 That night, Jin Qin and Ya Juan invite Jin Qin’s dad over for dinner in order to announce their upcoming wedding. At first, Jin Qin’s dad was upset because he heard the way Ya Juan’s mom talked to Jin Qin before, but after hearing that Ya Juan is pregnant he becomes very loving towards Ya Juan, and keeps on telling Jin Qin what he should do to make sure Ya Juan is comfortable. Awwwww!!!!

After dinner though Ya Juan tells Zhen Zhen that she feels really guilty because the baby is not Jin Qin’s.

Just then, Chen Che clicks the lighter and it jolts Ya Juan’s bad memories immediately. In order to verify this suspicions, they meet up with Xiao Long who confirms that Guo Shen Tai is the owner of the lighter. In addition, Xiao Long says he saw Guo Shen Tai talking to Zhen Zhen during the party. Unable to cope with the fact that he is the son of such a terrible person, Chen Che runs into the bathroom to clear his head.

While Chen Che and Zhen Zhen are preoccupied with this revelation, Guo Shen Tai steals Chen Che’s cellphone (because he saw Chen Che show Zhen Zhen the stock graph on there before).

After a long chase Chen Che finally catches on to Guo Shen Tai. They struggle for a little bit, but the latter is able to worm his way out of Chen Che’s embrace. Chen Che’s asthma also flares up at this point and he collapses on the ground. Without his medicine on hand, Chen Che’s situation seems dire.

Upon seeing this, Guo Shen Tai rushes back and hands Chen Che his medicine. Apparently he has asthma as well. Like father like son I guess.

Once Chen Che recovers he grabs hold of Guo Shen Tai and jump in to the river together. I guess that renders the cellphone useless now right? 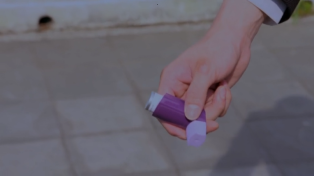 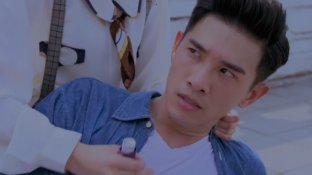