History can never be changed.

So, this drama certainly took a dark turn. What started out as a silly, fun quest to find out Chen Che’s mysterious father’s identity has become a heartbreaking reveal. I hope that this story will eventually have a happy ending, but these next few episodes are going to be tough.

Xiao Long gathers up the courage to apologize to Zhen Zhen for causing such a big scene at the party last night. In front of her AND Chen Che, he basically confesses to her again. Duuude, just stop. She politely rejects him, but Xiao Long insists that he won’t give up until there’s a ring on her finger. Tired of all this nonsense, Chen Che reluctantly rolls his eyes and accepts a gentleman’s agreement to fight for Zhen Zhen’s affections.

Never gonna give you up.

Ya Juan isn’t at work and won’t be back since she officially leaves at the end of the month. Thinking that the “mugging” really scared Ya Juan last night, her mom happily welcomes Zhong En to visit her…and leaves them alone together in the house. WHAT THE EFF. Knowing he’s outside her bedroom causes Ya Juan to freak out and barricade herself inside. All she can think about is seeing Zhong En’s face hovering above her last night.

When Ya Juan opens the door, she demands to know if Zhong En was the one who hurt her last night. He’s surprised to hear that she thinks it was him, but knows that she’ll be even more devastated if she knew it was actually someone else. He doesn’t answer her directly, and instead just says he’ll be responsible for her now. He wants them to get married and he’ll spend the rest of his life loving her and “making up” for what happened. God, I hate this guy. Ya Juan is inconsolable and screams at him to get out of her sight forever.

Ya Juan goes on a walk around campus, visiting all the places that hold memories of her relationship with Jin Qin. She thinks to herself that she’s “ruined” now and doesn’t deserve to be with him. Sadface. Even though she successfully avoided him in the library, she later runs into him waiting for her outside. Refusing to tell him the truth, she simply tells Jin Qin she doesn’t love him anymore and breaks up with him. He’s hurt and angry to hear that she, like everyone else, doesn’t think he’s good enough, and leaves after wishing her happiness. Oh, twisting that dagger in the heart.

While trying to enjoy a couple’s lunch with Zhen Zhen, Chen Che can’t help but worry about Ya Juan. He doesn’t believe that Ya Juan and Zhong En were telling them to the truth. Chen Che and Zhen Zhen stop by Ya Juan’s place after work, and she tearfully tells them she just broke up with Jin Qin. And once he sees how strongly she reacts to hearing Zhong En’s name, Chen Che knows that something must be wrong.

Chen Che is certain that Ya Juan wasn’t mugged, and that she and Zhong En are hiding the truth. Suspecting that she might already be pregnant with Zhong En’s baby, he tells Zhen Zhen to get her to find out. Zhen Zhen refuses to believe that Ya Juan could be pregnant and with Zhong En, no less. Chen Che finally tells her that he will be born in eight months, so Ya Juan, his mom, must be pregnant now. He explains that he grew up without a father, so that’s why he’d been trying to find out his identity the whole time he’s been in 1989. 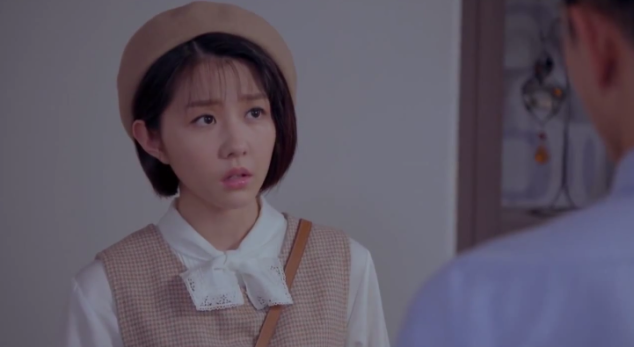 Having accepted what Chen Che told her is true, Zhen Zhen goes to Ya Juan’s house to find out what happened. She tells Zhen Zhen everything that has happened, leaving her in complete shock and disbelief. Zhen Zhen believes that Jin Qin will accept her no matter what, but Ya Juan refuses to tell anyone else about the rape and won’t report it to the police. She doesn’t think that she’s good enough for him anymore. =( 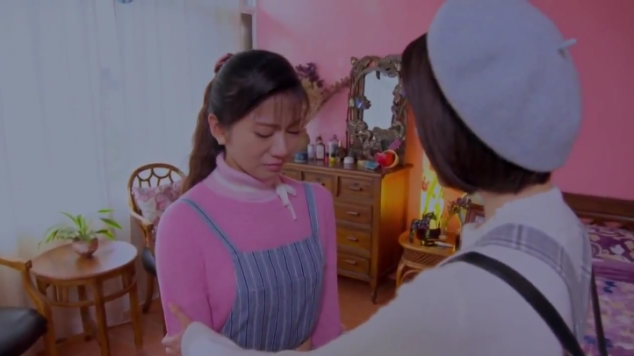 Zhen Zhen confirms for Chen Che that what he suspected was correct, and that Zhong En actually raped Ya Juan. As he slowly realizes that his existence came out of misery and not love, he decides to go confront Zhong En. Zhong En really should drop the haughty attitude and shut the hell up. Enough already with the “protecting her” bullshit! Chen Che tells him that if he will personally come after him if he even thinks about bothering Ya Juan again. 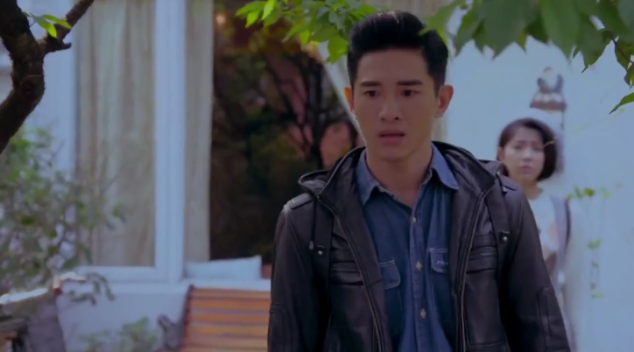 Professor Chen has noticed that Ya Juan has been really unhappy since the party on Christmas Eve and asks Chen Che if the mugging was all that happened. He tells his grandfather everything, and they both blame themselves for not protecting Ya Juan. Professor Chen thinks that perhaps this was fate, and nothing matter what they did, they wouldn’t have been able to change it. Le sigh.

The morning after the Christmas party, Chen Che notices a new scratch/scar on his arm. Is this a sign that there are now two versions of him existing at the same time?

Jin Qin thinks that Ya Juan picked Zhong En over him when he confessed to her at the party.

After finding out that Chen Che is Ya Juan’s son, Zhen Zhen wonders if he should call her, “Auntie.” Probz.

Hong Yuan, the investment company that Chen Che warned everyone about does indeed go bankrupt. Ya Juan’s mom lost absolutely everythinggg. Zhen Zhen’s mom lost a crap ton too, but not quite everything. 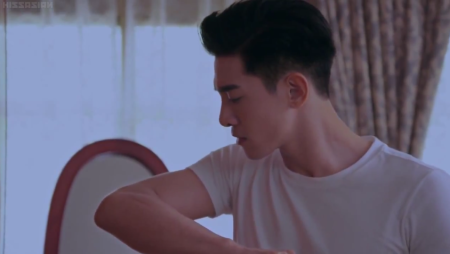