One of our favorite guest writer has returned! Fishyflakes is back – reviewing a full drama this time! Is this drama a local hero or a local zero? 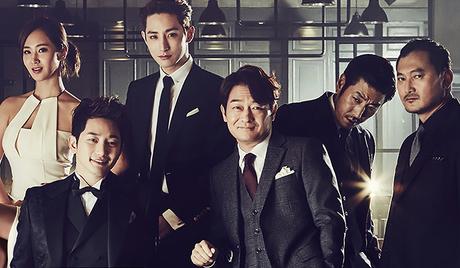 After a special mission gone wrong during which Park Si Hoo loses his best friend, he spends his days managing a bar named “Neighborhood.” As he gets closer to the people visiting the establishment and the bottom of the truth behind the mission, he is beginning to uncover some dangerous details. Can he stand a chance against the evil that is lurking in this quiet neighborhood? Or will he have to hang up the hat as the protector? 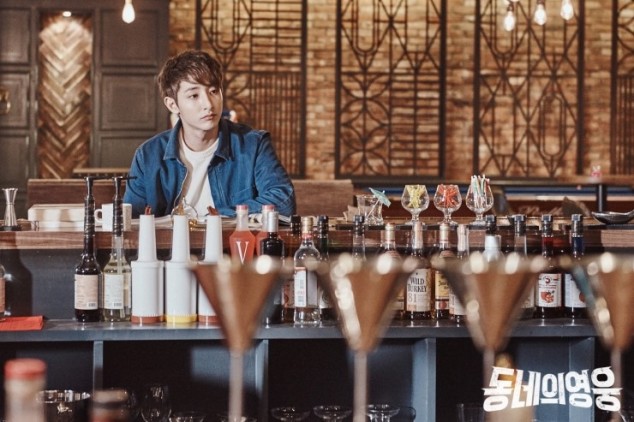 Plot/ Story – The plot is about average for a drama. It has good pacing and there are some intense moments that keep you interested. But the plot isn’t super creative or clever for a spy series. The story centers around industrial espionage but doesn’t have much depth or explanation. You might expect this as most of the show the spies are just sitting around in a bar. You pretty much have to just accept that the spies are doing spy things. In the series the spies make some pretty questionable choices that are not very covert. They don’t seem very professional as the most well informed and stealthy person in the show is a high school student. For example, the secret identity of the “shadow” stays a secret for maybe 3 episodes. Also, although It may be because of the low budget, but the spies don’t really have any cool gadgets either. No James Bond. The most high tech gadget is a big electro magnet in the truck of a car that is used to erase a computer…
Don’t watch this is you are looking for a spy thriller: category score 3/5

Character/ Acting – This is really where the show shines. The characters are really lovable and when I watched it, it felt like seeing old friends. The main characters are not very interesting, but the supporting cast is sooooo much more interesting to watch. Some stars include the old bar owner, detecetive Im, and the evil businessman Yoon Sang-min played by Yoon Tae-young (personally I feel he’s the true star of the show). The show does a good job of making you feel for the “bad guys”. They have motive besides getting rich or being powerful. As the show goes on the little quirks and mannerisms of each character really make them come alive. The old bar owner makes you feel like he’s everyone’s grandpa and fills you with a warm feeling like being home. Another example, watching Han Joon-Hee play detective Im’s partner; his facial expressions throughout the series are hilarious! Having such good supporting characters makes me regret that the main characters are so flat and straight forward.
Looking for a feel-good flick that makes you miss them when it’s over? This is the drama for you: category score 4/5