Somebody get some water for all this thirst around here!

Not much progression on the Chen-Zhen front in this episode besides Zhen Zhen’s usual antics, of course. When that girl falls for someone, she sure does fall hard. That makes it kind of worrisome what will happen when Chen Che does go back to present-day. If she can’t even handle him showing up late for dinner, how will she deal with his vanishing act? Honestly, if Chen Che is all Mr. Rational, he should have known better than to start anything with someone here. Also, where exactly are the other 4 members of the “Five Golden Treasures” in 2016 anyways…? So many mysteries. Better solve them soon because it looks like Chen Che is on his way to finding a wormhole to go home!

Zhen Zhen straight-up asks Chen Che if he knows who she likes. Given how obvious she’s been acting around him, even the next door neighbor’s dog would be able to answer that. Chen Che clearly knows, but claims that he has no idea. Zhen Zhen gets all pissy hearing that and stomps away. She wonders the same question as Beyonce did on Lemonade: Am I not being thirsty enough? (You are.)

Zhong En and Xiao Long crash Jin Qin’s solo bball session because #ballislife. Zhong En tells Jin Qin that Ya Juan’s going on a blind date, and gives him the address. The news sends Jin Qin into a tizzy and he bolts to find her. Afterwards, Xiao Long tells Zhong En that it might not be such a good idea for Jin Qin to ruin the blind date that was set up by Ya Juan’s mom. Zhong En muses that maybe it’s not such a bad thing for Jin Qin to see the type of smart, rich guys that Ya Juan should be with, and get a dose of reality. DA HELL?! So, he’s setting him up for failure?! NOT. COOL. 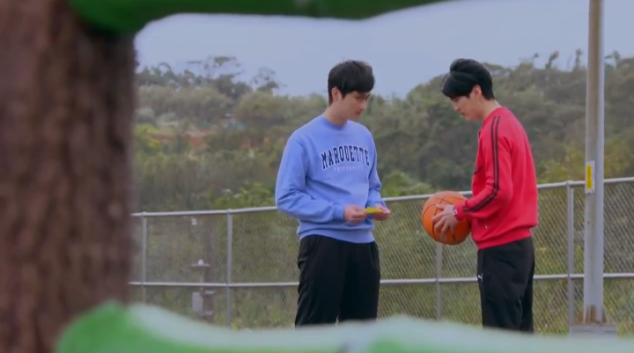 Here’s a “gift”… (Also, why the sketchy camera angle?)

Chen Che and Zhen Zhen discuss how miserable Ya Juan is at the prospect of going on this blind date, and figures that it’s up to them to wreck it. They sneak to the restaurant to spy on their date. Even though Zhen Zhen thinks that the dude, David, does look like a good match, Chen Che assures her that he must be an arrogant douche. And yup, David is indeed a douchey douche. He tells Ya Juan that he’s rich and successful, so he’s looking for someone to just be a good housewife who will give birth to a son and daughter for him. And since he does like her, there’s no way she can find a better guy than him. Gross. 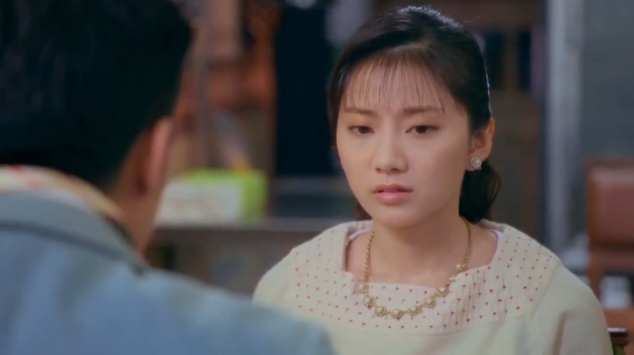 Ew, get me outta here.

David grabs Ya Juan’s hand and refuses to let go even when she asks him to. As they’re struggling back and forth, Jin Qin arrives just in time to “rescue” her. Completely ignoring David’s question (“Who are you?” lolz), he takes Ya Juan and leaves with her. Outside, they get into a fight about why Ya Juan agreed to go on this blind date when she doesn’t like David. Jin Qin tells her that she should be her own person, and not just her mom’s pawn. Ya Juan shuts that shit down and blasts him for suddenly disappearing and ignoring her, and then only reappearing now to throw a hissy fit. She asks if there’s anything he wants to tell her now…and he stays silent. Bruh.

Time to man the eff up.

Somehow, David is still at the restaurant enjoying some coffee and cake. Chen Che sees him take off his tacky ascot and alllll the hickies on his neck. Seriously, why so many. He introduces himself to David as Ya Juan’s English tutor and lays it out that she’s not interested in him. When David doesn’t agree to end things, Chen Che threatens to expose him (and his hickies) to the respective parents that he’s just a player who wants to take advantage of Ya Juan. The threat works since David ends up telling Ya Juan’s mom that he and Ya Juan just weren’t compatible enough, and doesn’t mention Jin Qin showing up.

Kinda hard to throw hickey shade in a turtleneck.

After getting some real talk from sensei Chen Che about destiny, choice, etc., Jin Qin gathers up the courage to find Ya Juan that late. Outside her house (risky!), he finally admits his true feelings for her. Even though he knows that he’s not good enough for her and doesn’t have her mom’s approval right now, he’s going to do all he can to be that in the future. And with a kiss on the hand, we’ve got ourselves an official coupling!

On his way to the convenience store, Chen Che runs into CHEN GUO ZHANG aka Ya Juan’s dad aka his grandfather at the local noodle stand! He hears Professor Chen talking about wormholes and time travel, and Chen Che’s thirst is palpable. He introduces himself to his grandfather as his… big fan. 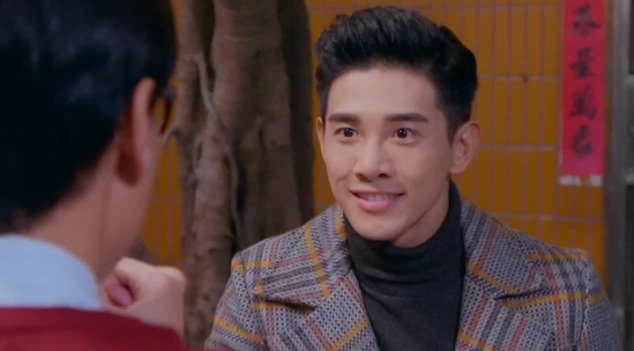 Chen Che drops by Professor Chen’s office the next day to talk time travel, but he just comes off sounding like a crazy person. Professor Chen insists that it’s not possible, and all his theories are just that, theories. But he does mention that if wormholes existed, something like the recent geomagnetic storm could connect two separate time-space dimensions. 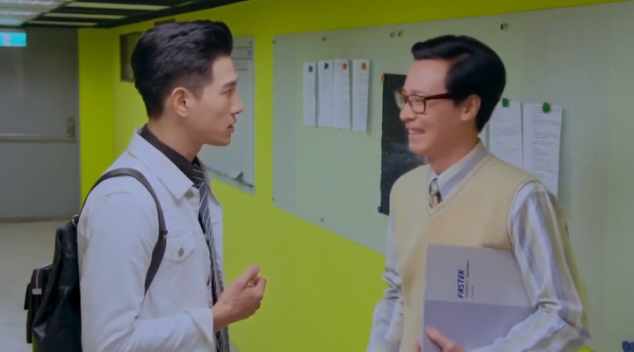 Zhen Zhen decides to further establish her “gentle” image by making a bento box for Chen Che. Poor guy can’t even order pork ribs in peace around here. Everyone’s jokes and Chen Che’s reluctance to eat it sends Zhen Zhen into yet another pissy mood. Later, he comes across Zhen Zhen napping in the break room since she stayed up all night to make the lunch. Even though the food is as salty as Xiao Long currently is, Chen Che is touched by her efforts.

At Zhong En’s restaurant, Jin Qin gives his last performance before committing to school full-time and makes a romantic declaration to Ya Juan. Everyone is thrilled for the happy couple, but Chen Che notices Zhong En looking uncomfortable. Xiao Long doesn’t help the situation by saying that it’s all thanks to Zhong En that Ya Juan and Jin Qin were able to get together. Chen Che thinks that since Zhong En hasn’t had any real chance with Ya Juan, then he must not be his dad.

Smooth sailing from here on out!

For now, Zhong En is refusing to be Ya Juan’s mom’s spy. That’s great and all, but this dude’s acting shady AF.

Jin Qin’s sporting some mystery injury to his arm, but claims that it’s no biggie when asked what’s wrong.

Zhen Zhen flips out when Chen Che is late coming home for dinner. Gurrrl. But this gets Chen Che thinking if he suddenly disappeared back to 2016, whether there’d be someone here worrying about where he went. She later gives him a beeper to ensure that he can be reached.

Xiao Long is really ramping up his efforts to investigate Chen Che. Meet your new King of Petty.

In an attempt to woo Hu Li Jing, one of the stockbrokers at Taiyuan, their manager announces that the entire office is going on an overnight excursion this weekend. No exceptions! 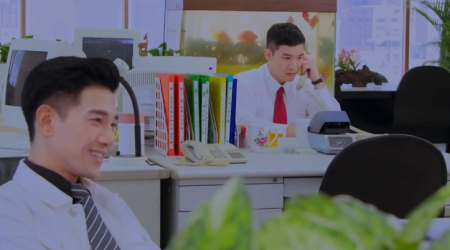 Better watch yo back, Chen Che.