Perfection from beginning ’til end. 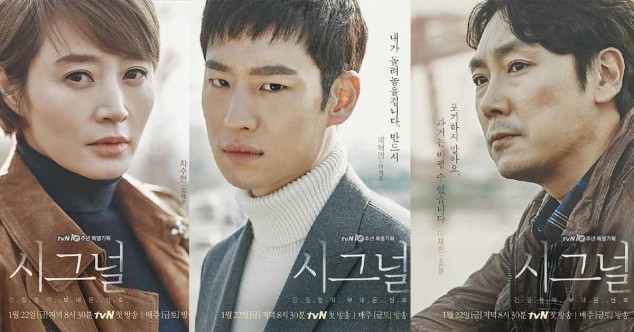 After being assigned to the newly formed Cold Case Squad as its profiler, Park Hae Young discovers a walkie talkie that allows him to communicate with Detective Lee Jae Han from 1986. With knowledge of events in both the past and present, they work together to solve a series of cold cases. Meanwhile, Hae Young’s team leader, Cha Soo Hyun, has been searching for the past 15 years for her missing senior…Lee Jae Han. As more cases are solved, a larger conspiracy is revealed that affects all three of their lives, past and present. 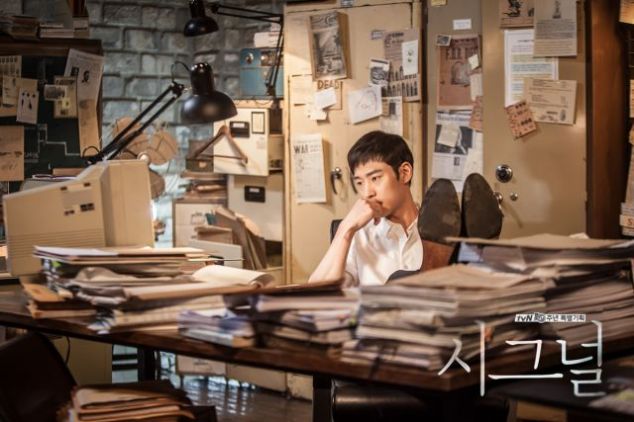 At first, the premise of Signal appealed to me because I usually prefer TV shows and movies that have a bit more darkness and grit to them. The problem with that, however, is most dramas usually stay away from dark storylines in favor of more cutesy cheerfulness or heartwrenching melodrama. That’s probably why my favorite American/Western TV shows are the ones that have a darker, somber tone, and I turn to dramas when I want something more lighthearted and fun. Upon reading the synopsis for Signal, I thought that this might possibly be the first time my dramas and TV show preference will actually meet! Well, Signal not only met my expectations, it exceeded them beyond what I thought was possible. Never before have I watched a drama as enthralling and exciting as this one, and it proved that the perfect drama does indeed exist.

Please, please do not let the idea of a “magical walkie talkie” deter you from watching Signal. It’s not a gimmick; it only sounds like one. Never once was the walkie talkie treated like some sort of joke, but instead was seamlessly worked into the story as an integral part of it. The walkie talkie formed the basis of the plot and much of the story is filtered through it, but it never overshadowed its characters or their relationships. Trust me when I tell you that this plot (and literal) device worked to covey key moments of tension, heartbreak, desperation, and optimism. Signal is one of those rare dramas that can elicit a multitude of emotions from its viewers simply through its storytelling capability and not from cheap tricks. From fear to joy to despair, I felt them all while watching the story unfold.

In an age and medium where all plotlines are recycled to a certain degree, Signal was able to give viewers something they’ve never seen before. I was kept guessing at every twist and turn of the story, never knowing what was going to happen next. There were so many moments when I thought to myself, “No way that’d work,” or “How are the writers going to dig themselves out of that one,” but it somehow always did. To me, that’s a sign of a great drama; one where they can paint themselves into a corner but still find an escape. I’ll admit that I was initially a little disappointed that it wasn’t about just one murder case, but I soon realized that it was for the best. The series of cold cases dealt with throughout only enhanced the big picture vision of the drama. Because of the writers’ abilities to see and plan beyond just the first couple of episodes allowed for the big conspiracy bombshell at the end to be that much more shocking.

Much of Signal‘s success is rightfully credited to its phenomenal writing, but just as important and impactful was the inspired acting by all of its actors. There honestly were no weak links or distracting performances from anyone in the cast. While Lee Je Hoon was a bit over-expressive in the beginning in his portrayal of the jaded and stubborn Park Hae Young, he soon reined in that energy for the better. He really shone in his scenes with Kim Hye Soo because they shared excellent chemistry, but my favorite moments were actually those of him sitting alone in the car with just the walkie talkie. He has a quiet confidence about him that makes his acting and character very likeable. I’m slightly disappointed that he didn’t actually share any screentime with Cho Jin Woong, but the scenes between their characters were satisfying.

Cho Jin Woong’s Lee Jae Han character probably experienced the least amount of development out of the three, but that’s not really his fault. Because he was relegated to scenes and plotlines set exclusively in the past, the audience never got the chance to truly meet the present-day version of him. I loved the sympathetic portrayal of this righteous character, and he’s one of those heroes that you truly root for. Like Lee Je Hoon, Cho’s best scenes were opposite Kim Hye Soo, so it should come as no surprise that she’s my MVP of Signal. The contrast between the bright-eyed, innocent Cha Soo Hyun of the past to the hardened, reserved version in the present highlights how skillfully she acted this character. Besides the three leads, all of the supporting actors were also perfect in their roles and no one ever came off like a caricature. 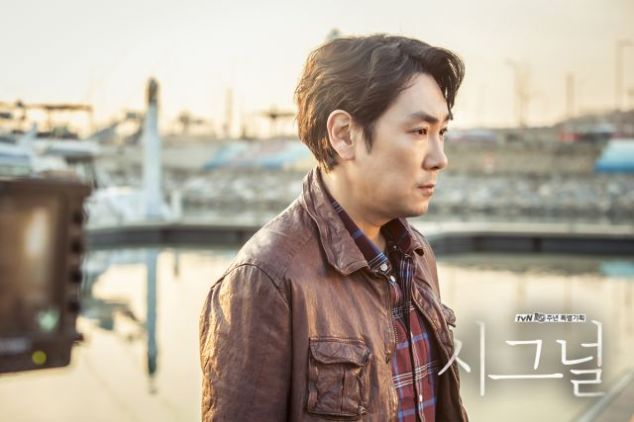 Signal is a drama that should be revered for its superb writing and acting, but also its intelligence. It could have easily turned the “magical walkie talkie” plotline into a silly and implausible gimmick, but instead it gave it credibility. This drama worked tirelessly to make every plotline and loophole seem as realistic as possible, never even giving you the chance to contemplate the reality of the situation. I loved that it had the foresight to plan all the mysteries and questions with a satisfying, but logical explanation. Not only is Signal the best Korean drama I’ve seen, it’s one of the best pieces of entertainment that I’ve ever watched. It’s not often that a drama as perfect as this comes along, so please watch! You won’t regret it.