Previously on LMIYD… catch up with episode 19 recap!

All Hell breaks loose as a team of bad guys rush into the hospital. Zi Yu notices the radio that’s playing the hypnotizing music and makes a dash for it, but gets gunned down by one of the bad guys midway. He slides to the ground and somehow manages to reach the radio in time to shut it off. Zi Yu asks Yao Yao to call out Xun Ran’s name and it appears that Xun Ran has regained conscience. Seeing the bloody scene in front of him Xun Ran shoots himself in the arm out of guilt or something. I’m not quite sure why he does this because he should probably protect Yao Yao and Zi Yu since both police men are now dead.

Anyway, Zi Yu passes out and Xun Ran is also on the verge of failing. Yao Yao covers Xun Ran’s body with hers and just keeps on screaming. The good guys are severely outnumbered (where are those FBI agents? I thought they got the hospital covered). The nurse lady reaches for a gun hidden in the potted plant (that’s what Xie Han put there in the last episode) and starts to shoot as well. She demands that they take Yao Yao alive so one of the guys put a few more bullets in Xun Ran and successfully carries Yao Yao off.

With his last breath Xun Ran manages to get the nurse’s ankle as she departs. The other guy leaves with Yao Yao, but at least they have the nurse lady! Although if Xun Ran has such great aim why couldn’t he kill the bad guy first? Confused yo.

When Yao Yao comes to she finds herself on this massive bed in Xie Han’s dungeon. She tries getting up but is not able to move at all. Xie Han invites her to eat with him and he carries her over to the dining table. Meanwhile, the FBI uses information from the nurse to locate Xie Han’s hideout, but he is long gone.

My question is WHO changed her outfit? That’s a nice dress. 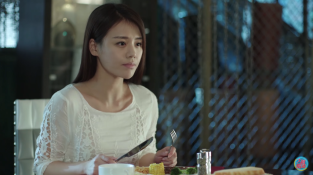 After dinner, Xie Han brings out some red and pink liquids with a syringe. Uh-oh! The next time she comes to she is in a pretty homey looking room. She gets up freely and finds Jin Yan standing besides a window. She approaches him and suddenly she “wakes up” again, this time in a locked cell. Aside from the chair she sits on the only thing available is a TV that’s reporting some news about recent murders. Xie Han enters the room to taunt her and finally he takes out the whip. 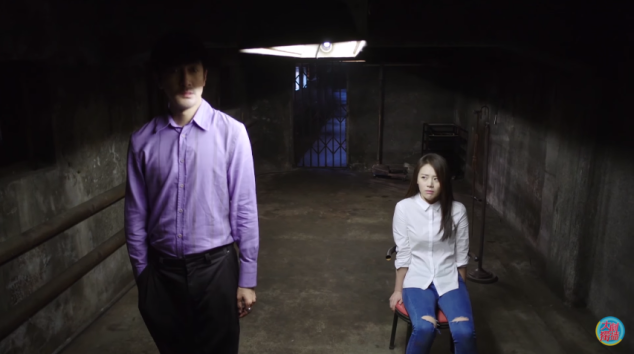 Yao Yao wakes up yet again! it’s like inception. She is back on the giant queen sized bed where she was originally and Xie Han is sitting besides her telling her about how he plans to ruin everything Jin Yan has – woman, pride, loyalty. A disturbed Yao Yao bites herself in response.

Xie Han proceeds to put on a video Tommy took of Jin Yan during captivity (this is probably what’s on that USB Tommy dug up in the last episode). In the video Jin Yan introduces himself as Allen, a coldblooded killer who is interested in joining Xie Han and Tommy. Xie Han also sends a copy to Susan who watches it on her computer in disbelief. 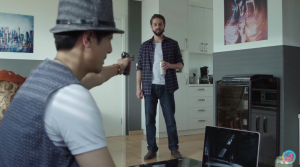 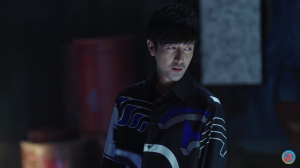