Previously on LMIYD… catch up with episode 18 recap!

Yao Yao and Zi Yu head to New York to meet Dr. Barnes and do the whole surgery thing for Xun Ran. The doctor gives them some good news about the prognosis but Yao Yao barely pays attention; she’s been worrying about Jin Yan all day. Zi Yu encourages her to call, but she decides not to because they are in the critical 24hr investigation period and she can’t distract Jin Yan.

Late at night Jin Yan calls her up and asks her to please stay in the hospital under the protection of the FBI. Yao Yao agrees. They hang up and a nurse comes in to tell Yao Yao that Xun Ran has woken up. But oh no, the nurse is wearing this GIANT cross on her neck. Is the director afraid we can’t see it or something???

The next morning the same nurse comes by to check up on Xun Ran. She flaunts that necklace in front of him and he clearly has some sort of reaction. After the doctor makes his rounds, the nurse injects something into his fluids. Uh-oh, this is not going to bode well for Xun Ran.

Meanwhile, Susan comes through with some new information. Apparently Xie Han entered the States two hours before Jin Yan using a real passport, but this shouldn’t happen because they had distributed Xie Han’s pictures and information. Jin Yan suspects the customs officer immediately and Susan delivers the bad news that the officer disappeared right after without leaving any trace of his whereabouts. Sure enough, the officer is found dead and besides him is a hydrangea with a hidden note “miss you Allen.” Susan wonders who Allen is and Jin Yan responds “he is my older brother.” 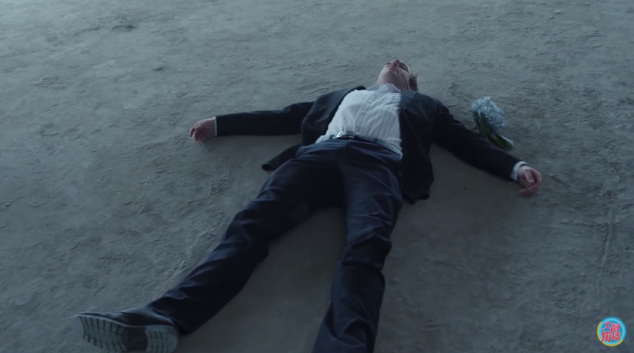 Later that night, Jin Yan visits Yao Yao in the hospital to spend some time with her before he heads off to the outskirts of town to meet an “old friend.” He promises her that upon his return he will tell her everything there is to know about him. Hmmmm… I have a funny inkling that something is about to go wrong like NOW. 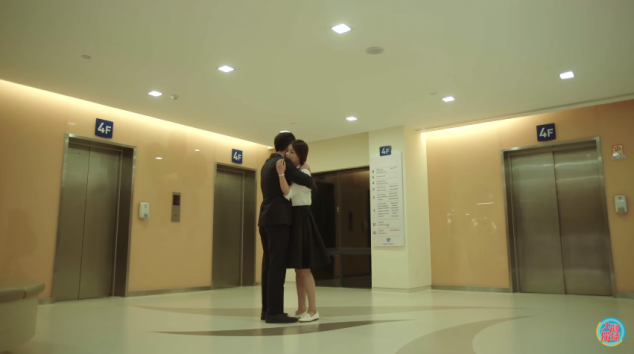 The nurse comes again the next day and while Yao Yao is out of the room on break, she starts to speak a chain of commands such as “you are a product, you are a sculpture” etc. to Xun Ran. The odd thing is she is speaking in English now though it has been made clear that she speaks fluent Chinese. Doesn’t it make more sense for her to use Chinese? Does Xun Ran even know English? Plus! Didn’t Xie Han hypnotize Xun Ran in Chinese? I’m so confused. Anyway, it seems like she is going to “wake” Xun Ran up! Oh nos! It probably also doesn’t help that Xie Han turns up in a doctor getup and hides something in a potted plant.

Susan also finds out that Xie Han has sent someone to steal some files and after some legwork she learns that what was stolen were Jin Yan’s juvenile records. Susan calls Jin Yan’s mom in to find out why Jin Yan even has a record. Apparently Jin Yan’s birth father died when he was two and his stepfather was an abusive man. Mom purchased a gun to protect themselves, but she was too scared to use it. One night when mom was getting beat up again, Jin Yan picked up the gun and shot his stepfather to death (one shot straight to the heart; good aim kid). I’m just impressed that little Jin Yan didn’t fall to the ground after pressing the trigger. I mean that stuff has a lot of recoil!

Yao Yao and Zi Yu come back from their chat to discover Xun Ran missing from his room. A different nurse tells them that he went for a walk despite the fact that it is his physical therapy time. Realizing that something must be amiss they find him at a nearby hallway. Meanwhile, Susan discovers that the creepy nurse is Xie Han’s ex-girlfriend and works at the New York St. Anthony’s Hospital where Xun Ran is. She connects the dots and immediately sends her troops over, but alas it is too late! Under the command of “sculpture, shoot!” Xun Ran aims his gun at the policemen, Yao Yao and Zi Yu and BAM! The screen blacks out and we all have to wait until the next episode to find out who gets shot. 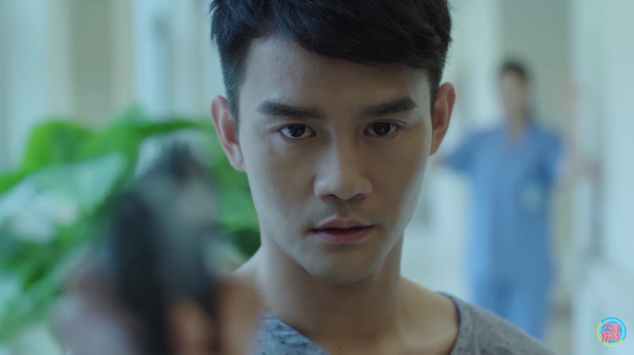 at least someone is happy i guess!