Previously on LMIYD… catch up with episode 11 recap! 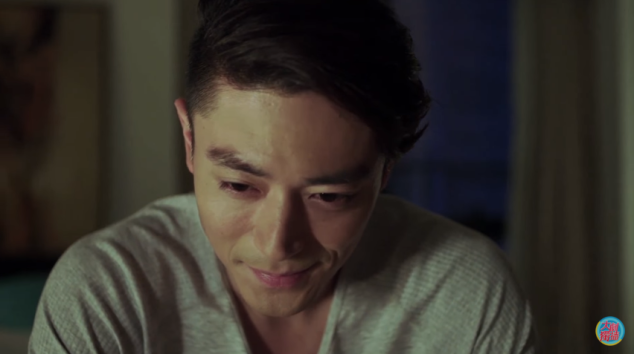 Yes! I was right! Jin Yan reveals that the murderer is Xiao Lu because 1) Ming Huai was killed by a slit on the throat. In order to do this, the murderer must have been very close in proximity. And because there were no signs of struggle, it was someone Ming Huai trusted and had a good relationship with, likely a close female friend, 2) The money was not taken right after Ming Huai was murdered because it had time to get soaked by her blood, so the murderer did not want her money and that eliminates Su Bei, 3) Xiao Lu’s alibi was full of loopholes. Hmm yeah, she listed all the different times for everything she did which was odd because who remembers the exact time for random events?

Anyway, Xiao Ran goes back to the dorm to spread rumor that Su Bei is the murderer and that he claimed he acted alone as to not drag down his one true love – Guo Xiao Ling. Angered by this, Xiao Lu decides to get rid of Guo Xiao Ling as well. And of course just as she’s about to take action (in broad daylight nonetheless) everyone arrives to catch her in the act, including Su Bei who calls her a crazy woman. Yup. 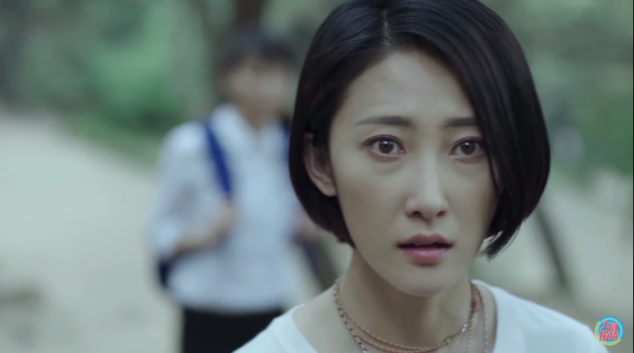 always the quiet ones 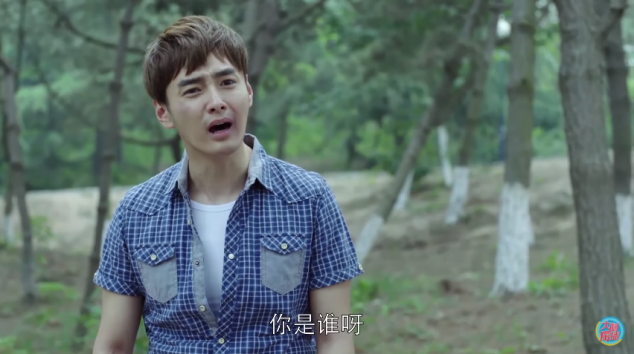 “who are you? i don’t even know you” ouch

Xiao Lu explains that she had lured Ming Huai into the trap by pretending to deliver Su Bei’s request to meet at the mountain that night. She then followed Ming Huai, saw her argue with Si Yuan, and then killed her. What’s super gross is that she waited around for Su Bei to show up and watched as he took the money. She is convinced that she did the right thing because he didn’t seem sad when he saw Ming Huai dead. She was also the one who planted the cell phone in Si Yuan’s locker. Wait, so they couldn’t lift fingerprints off of the cellphone or something and solve this case earlier??? 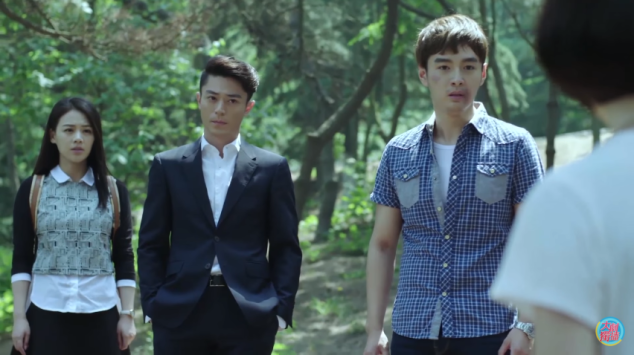 But who has time for this? Jin Yan has discovered that he is in LOVEEEEEEEEE. In love with the only woman in his life aside from the mother we have yet to meet and the step-sister he denies having! So who is she? Yao Yao of course! And we all knew this day was a long way coming. So Jin Yan gets all dolled up (you know, in the tux he always wears) and reserves a room at a restaurant. However, when he gets to her door he finds out she is out hanging with Xiao Ran. Boooo! 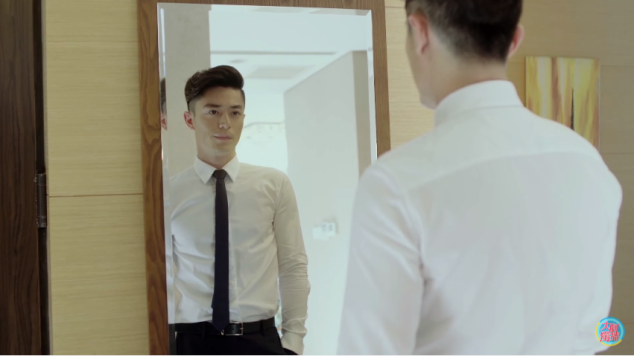 i guess the tie is different? 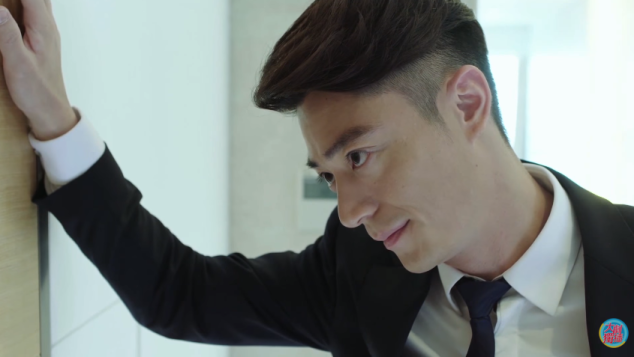 So he goes for the next best thing – lunch with Zi Yu. He does get a text from Yao Yao reminding him to eat which turns his pouty face into happy face 😀 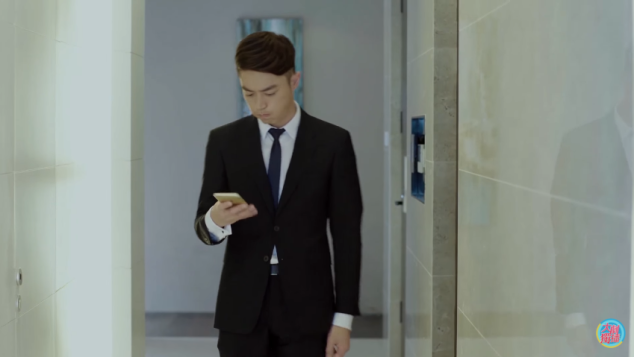 check out those chipmunk cheeks! 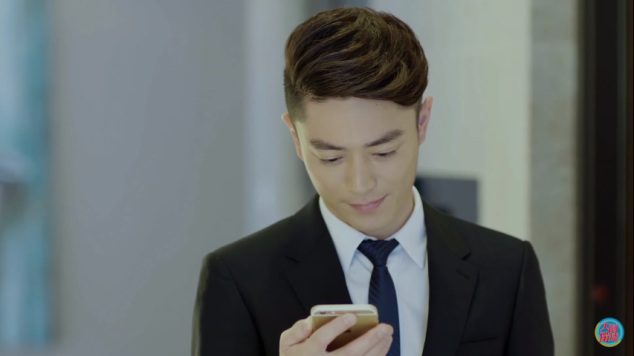 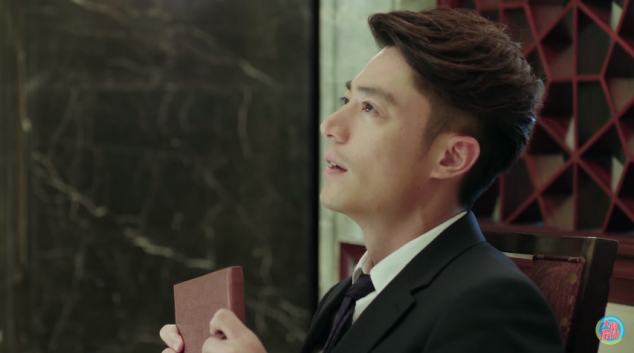 man with a plan

After lunch, Jin Yan drops by the flower shop and gets a bouquet. He goes to Yao Yao’s door again, but she is still not home. Later on he comes by with his turtle friend carrying one singular flower (what happened to the rest??), but alas it’s not meant to be because Xun Ran is there to take her out to the bar. Jin Yan decides to tag along because you know, can’t leave your girl with another dude of course! Along the way Xun Ran helps to test Jin Yan by saying that many of his police friends are into her etc.. 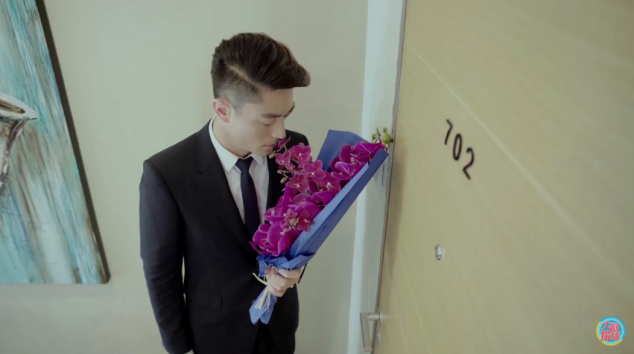 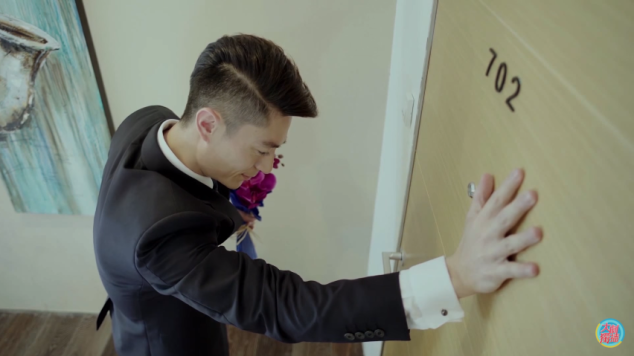 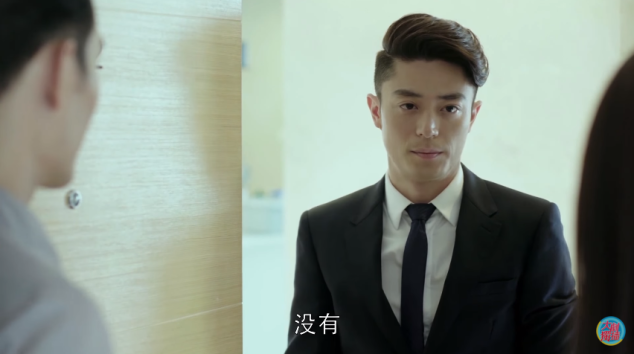 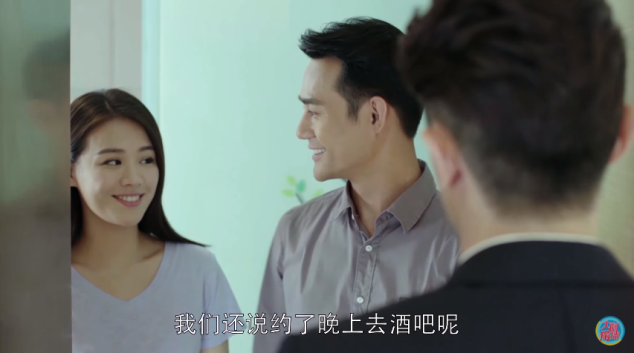 At the bar, Jin Yan imagines that Yao Yao confesses to him, but he quickly snaps back to reality as he watches (bitterly) Yao Yao and Xun Ran chatting together. Xun Ran gets up to sing upon Yao Yao’s request and dedicates the song to Yao Yao and Jin Yan, wishing them happiness together! Jin Yan declares that Xun Ran has finally said something pleasant. LOL. 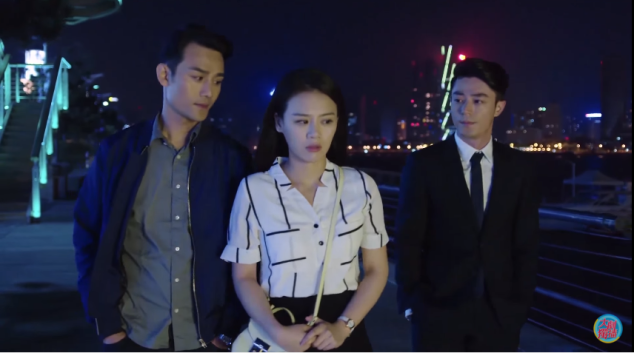 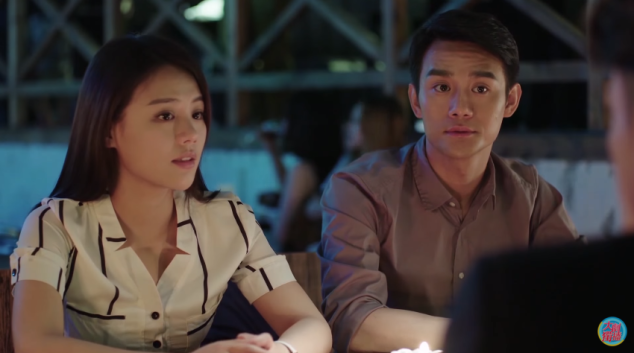 “but yao yao is a drinker!” 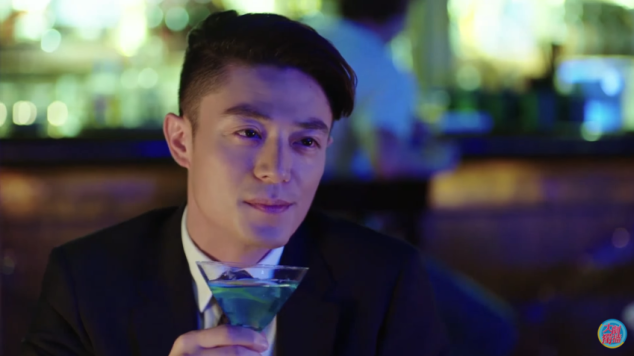 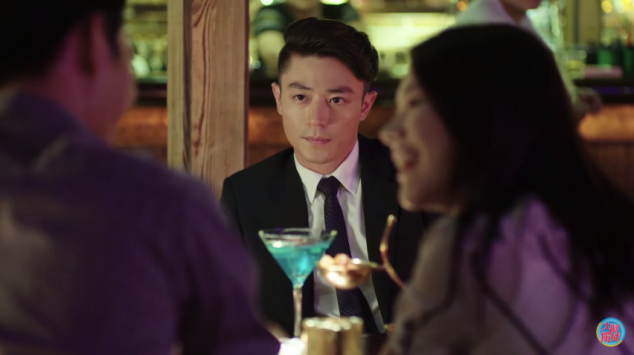 But seriously though, awwww Xun Ran, I’ll take you! #secondleadsyndrome. 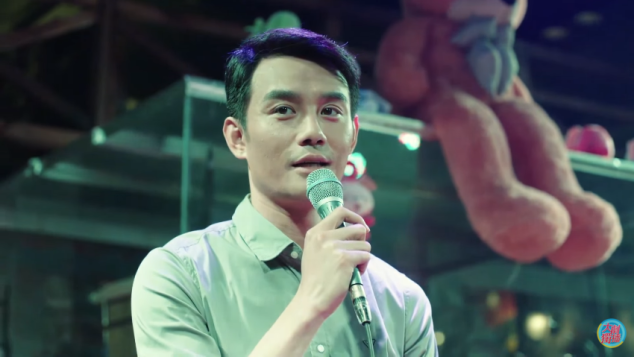 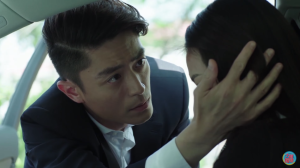 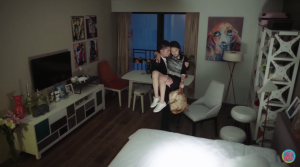 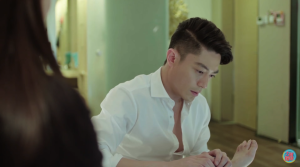 putting ice on her ankle 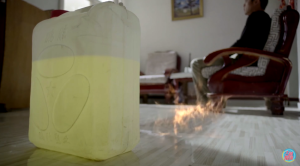