Gangs and politics? Not a good mix. Eep.

Childhood friends Kim Jong Dae and Baek Yong Ki accidentally get involved in gang related activities at the command of some powerful politicians at the height of corruption in 1970s. As they fight over land in soon-to-be developed Gangnam and funds for presidential election, the gangs come head to head with each other. Will Jong Dae who has since left the gang to live quietly return to “business”? And will he join Yong Ki or will they finally make the split? 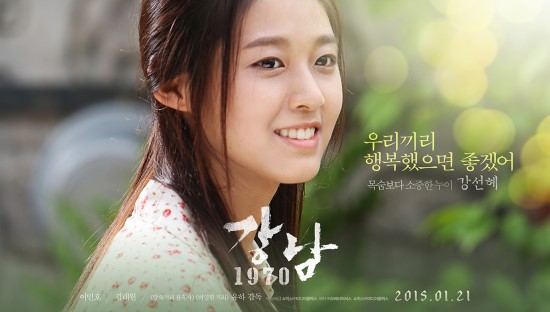 This movie was offered on a recent international flight so I decided to check it out. I’ve been wanting to see it anyway since there was a lot of buzz about casting Lee Min Ho as the main character though my only impression of it was that it’s about mobsters. I had in my mind that it would be like one of those classic Hong Kong triad dramas and it would be awesome. In reality, however, I found myself wishing it was over and checking the progress bar fairly often to see how much of it was left. Maybe it was that the political intrigue did not interest me, or maybe it was all the fighting that bored me, but something about it just didn’t click for me in the long run.

Don’t get me wrong, the acting was fine. I think Lee Min Ho and Kim Rae Won both were convincing as gangsters. However, the story itself was all sorts of lacking and was very unfocused. I wasn’t sure whether it was trying to address the tragic situation of Gangnam at the time, or the political struggles and strifes, or the gangs running rampant or the brotherly love gone sour. The screenwriter bit off more than he can chew and tried to tackle too many plots at the same time. A movie without a theme makes it more difficult to enjoy because I’m not sure what to zoom in on. Therefore, it fails at tugging your heartstrings because you don’t have that emotional connection with whatever is happening. There was a lot of potential for some really great moments but none of them came to culmination which was disappointing. In a nutshell, all I saw was a bunch of people beating each other up for what appears to be a very meaningless existence. I understood that the political time period was important, but the film failed to address it in a way that makes me think and feel as I should. 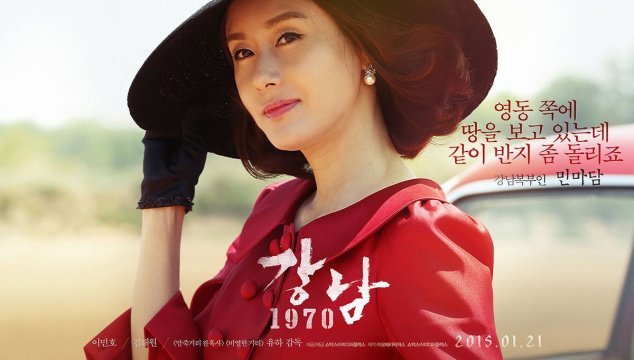 Overall, I don’t think it lived up to my expectations. Maybe because there was so much hype that I had anticipated more than what I was going to get. I’m not going to say don’t watch it at all, but definitely don’t expect anything super awesome and life altering. If you are into politics or if you want to watch gangsters beat each other to a pulp then yeah maybe you should catch this one, but otherwise, don’t be in a hurry to get a copy.