Burn the whole damn thing to the ground. 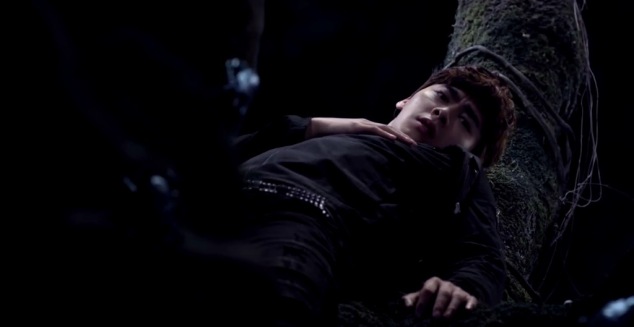 It’s too late to be scared now.

The most pressing question: what da hell happened to Xiao Ge’s shirt? Dude’s been showing off his dragon tat and running around shirtless for two episodes. Seriously, where did that shirt go?

Wu Xie continues telling the story of Lu Shang Wang to his faithful audience. The general who later becomes known as LSW spends half a year searching for treasures for the Duke of Lu, his lord slash love rival. This tomb that they’re all trapped in right now was built on LSW’s orders after he listened to his right hand man/wizard shaman person. Upon the completion on it, the useless handmaiden of the concubine lady finds him and reports the death of his lover. She tells him that she was beaten to death by the Duke…which isn’t entirely true. 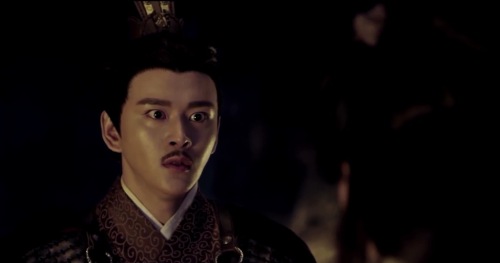 So much for running away together.

LSW is all in a murderous rage, but his wizard shaman successfully calms him down by claiming he can resurrect concubine lady. From his many years of studying feng shui, he knows that the mythical jade exists and has revival powers. Because they gotta protect concubine lady during this whole resurrection process, wizard shaman convinces LSW to hide her in the same tomb where the jade is. While they’re at it, they’re just gunna kill all his men afterwards to keep them from blabbing around. 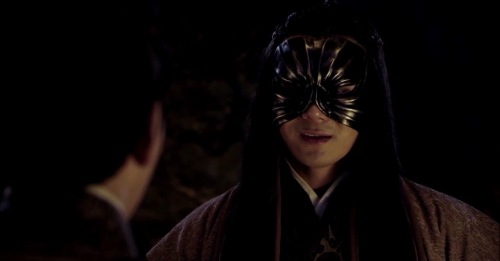 Hear me out, bro.

After killing all his men, LSW successfully puts the mythical jade on concubine lady’s body. While wizard shaman whispers sweet nothings to him about her eventual resurrection, he straight-up shivs the guy! Not cool, bro. Wizard shaman’s whole plan was to use LSW to achieve eternal life for himself through the mythical jade. Not cool, bro. So, the rotting corpse they found breathing was actually the wizard shaman. As for LSW’s body…no clue. 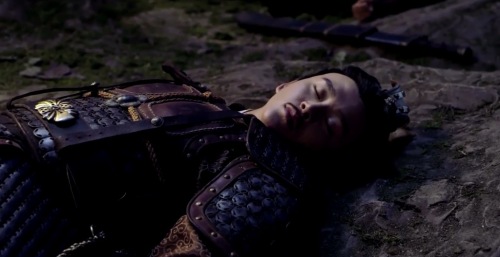 Nuthin’ but a romantic fool.

At the end of the storytelling, Xiao Ge alerts them that it’ll soon by nightfall so they best be getting outta there. The three middle-aged guys decide that they still gotta take that mythical jade with them, so they waste a crap ton of time trying to figure how to do it. That jade thirst is real. Meanwhile, Pan Zi notices the severed head of one of the corpses rolling and the king of the corpse beetles hovering around it. Xiao Ge calls out to them to it’s super poisonous, so everyone starts running around trying to avoid it. Our cutie pie Wu Xie takes it upon himself to bash the corpse beetle into a wall, and is like, so proud. But oh wait, that only alerts the bajillion other beetles to come attack. Way to go, guy. 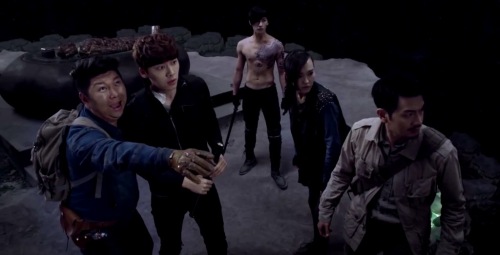 Everyone legit hauls ass up the tree to get away from the bugs. Ah Ning detonates a bunch of explosives in an attempt to kill them, but no go. Instead, the bugs keep on climbing up the tree. Wu Xie loses his footing and slips. Xiao Ge literally flies down the branches to him, slits his finger, flings some magical blood at the bugs and drives them away. Designated damsel in distress, Wu Xie, gets bitten though and is poisoned…yet again. Someway, somehow, everyone gets up the tree in one piece and OUT OF THE TOMB! Everyone except Xiao Ge, that is, who purposely stays behind. 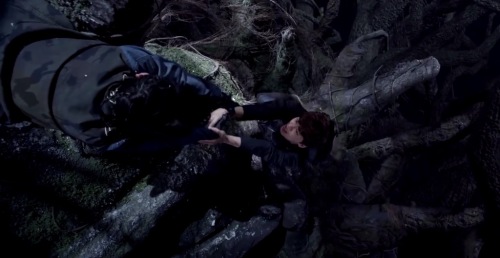 No heroes around here.

Only after they set the entire monster bug population, the tree, and the tomb on fire do they realize that Xiao Ge isn’t with them. These dumbass mofos. Luckily, Xiao Ge did make it out of the tomb alive, but disappears off into the woods by himself. Wu Xie & Co. are reunited with Chen Chen and High Shao and Ah Ning with her guys. Wu Xie still wants to know what they were looking for in the tomb, but Ah Ning says its a secret. 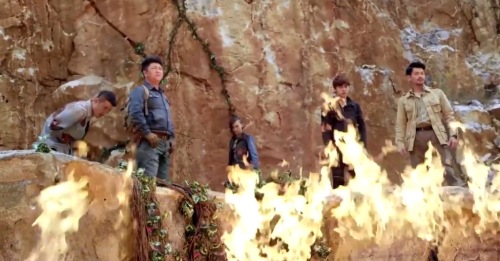 Wu Xie wakes up the next day after fainting in the woods. While making plans with Uncle Three and Chen Chen about returning to Hangzhou, they hear villagers yelling about a nearby forest fire. They race outside and realize that it’s the same fire that they set yesterday. Instead of trying to stop the blaze, the three joke around and are legit like, “Heh, our bad.” Omg…they’re legit the worst. 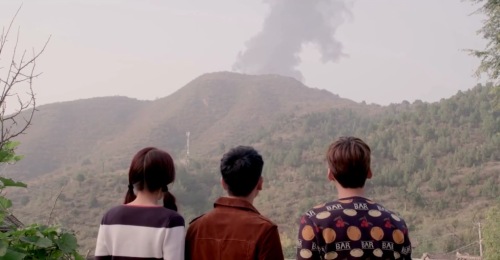 Only you can prevent forest fires.

The Duke of Lu thought that LSW died in a landslide, so he didn’t even think twice that he could be planning to resurrect concubine lady. Plz, he was too busy chuckling like a villain to himself anyways.

Wu Xie asks Ah Ning if she knows what Xiao Ge’s deal is, but he’s asking the wrong person because she doesn’t know. 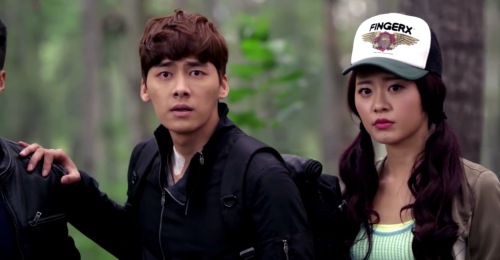 Someone is looking a lil worse for wear. Hint: it’s Wu Xie.