Previously on The Four… catch up with episode 41 recap! 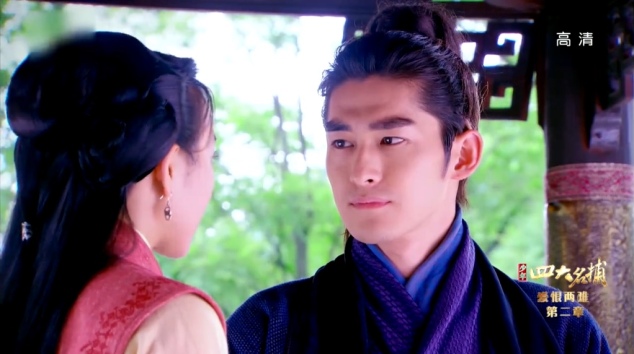 Although Leng Xue and Li Mo made up, it seems like the problem is not so easily resolved. Despite the Princess’ refusal to marry Leng Xue, the Emperor insists on this arrangement because the word is already out and he will not take it back. Zhu Ge tries to talk to Uncle, but the latter is all like go home and prepare for this wedding. Bleh.

In other news, the team gathers to talk about our favorite enemy – ASG. Where is this guy? According to their prediction, he is most likely at Mt. Chao Ge looking to retrieve some magical rock called Huan Yu. The rock is locked inside a cave behind a special door. Zhu Ge believes that ASG has not been able to open the door yet, so they must hurry and capture him before anything happens. If ASG gets his hands on the rock, then he will be UNSTOPPABLE. Dung dung dung! Oh, and Zhu Ge also wants to use this trip to delay the royal marriage. Good plan, good plan. Killing two birds with one stone. I like the way you think Zhu Ge. Carry on!

Well, at least the Princess has made some progress. After deciding that she is indeed NOT in love with Leng Xue, she finally realizes that she loves Zhui Ming! Unhappy with the prospect of waiting 3 months for him to return from his trip to Mt. Chao Ge, she dresses up as a servant to escape the palace. And so begins her journey in search of her love! Whoopeee! 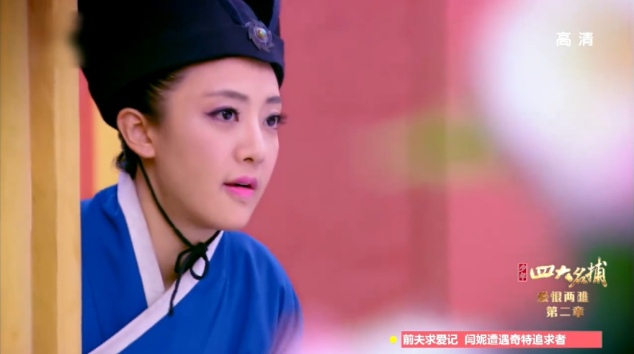 where does a princess find servant clothes?

So the Four and their companions set out for Mt. Chao Ge. They happen upon a bunch of new graves. Apparently there have been a series of men who are kidnapped on their wedding night and return dead. The story is that a female ghost has been killing these men because she died unmarried so she hates all newlyweds. Of course, Leng Xue doesn’t believe this and wants to dig deeper. So the Four postpone their trip to resolve this. I thought ya’ll are on a time crunch to stop ASG? Whatever happened to that hmmm?

Elsewhere in ASG’s lair, he is sucking the life force of some kidnapped men. One of the newlywed men is returned to his house, dead. The woman who returns the body tells the bride that she hates lovers, so therefore she does not want anyone in love to be happy. Yikes. I bet this woman is Ji Yao Hua. Remember her? Our little Miss Sunshine? Yup.

Meanwhile, Li Mo and Leng Xue see a suspicious looking woman in the middle of the street. Li Mo tries to practice mind reading on the woman but gets blocked. The woman draws her sword and a fight with Leng Xue ensues. While fighting, the woman drops a scroll and Li Mo opens it to review a painting of her mother. Leng Xue also finds his father’s name written on the painting and deduces that their parents must know each other. Uhhhhhh, don’t give us a sibling lover plot line please!

The mystery woman meets up with three other woman in the same attire to discuss the loss of the painting. They find Leng Xue and Li Mo assisting a scholar from being cheated by a restaurant owner. The leader of the white masked ladies oppose capturing the couple, but it is clear she knows something the rest of the group doesn’t. 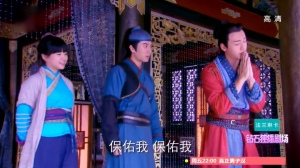