Can someone explain to me how one movie can suck this badly? Oh I know, because the cast is terrible.

It has been seven years since Zhao Mo Sheng has stepped foot on her motherland. It has also been seven long years since her disappearance from He Yi Chen’s life. Though he is angry and upset with her sudden departure which had left him completely heartbroken, he cannot help it but feel drawn to her again. Will these two love birds be able to fight against all obstacles to rekindle their romance? Or will they part ways having given it one final shot? 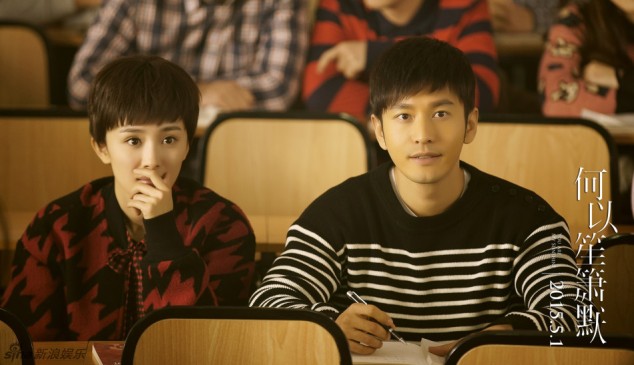 I have been holding off on writing this because I thought I would just come across as mean and biased if I had written it right after I watched the movie. Weeks later and here I am, still completely shocked by how terribly made this was. I mean to the director and crew’s credit, the production was fine and the images were pretty, but boy did the actors suck. If you had read the book or watched the TV series, then you would recognize many of the lines that came out of our leads, but they sure do sound different when you have two people who cannot deliver.

First of all, it is no surprise to anyone at this point that Huang Xiao Ming is just a pretty boy who doesn’t exactly measure up in front of serious actors. However, after watching this, I actually want to applaud him for a job well done. Why? Because in comparison to the lackluster and extremely poor depiction of Mo Sheng by Yang Mi, I can almost imagine no one worse. Yes, HXM could not reenact the magic of Wallace Chung and I had never hoped he would, but he is at least able to do a mediocre job at playing a lovelorn guy who is meeting his ex-girlfriend years later. Yang Mi on the other hand was annoying as heck as young Mo Sheng chasing down Yi Chen – none of that charm or adorableness we have come to love – and equally so as the older Mo Sheng. The whole time I was just wishing the film was over so I can go watch something else a bit more entertaining and worthy of my time.

Another fault I found was the script. Yes, many of the lines are the same, but I wish it was more tightly packed. Since this is a movie, there’s no need for us to see every single detail of their relationship. Just give us some key plot lines instead of five hundred tiny memories and events. I found the whole thing way too scattered, as if there is no focus and no plot really. If it wasn’t my motivation to write this blog post, I would have just stopped watching. Not to mention, the cameos by Angelababy and Tong Da Wei are really unnecessary as they appear less than five minutes total. Are they just trying to get a bigger audience by putting them on the casting sheet? Probably.

Overall, this was one of the worst movies I’ve seen this year. If you want to watch it, go ahead, I won’t stop you, but don’t come crying later! By the way, so much for all their emphasizes on the many kiss scenes during promotion; there aren’t that many.