Out with the old, in with the new. 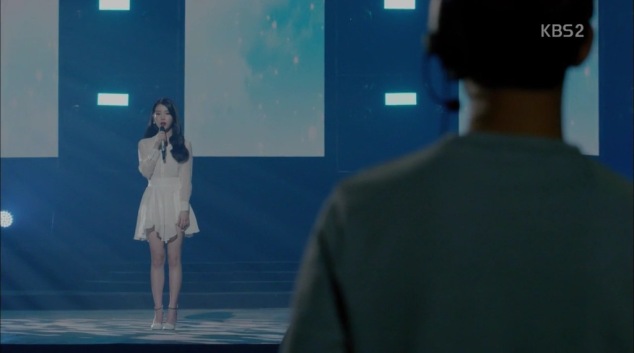 Only got eyes for you.

Previously on The Producers… ep 8 recap

You guys. No matter how obvious or sweet or heartbreaking the love confessions are on this show, nobody seems to be getting the message! Argh. Only three episodes left…so get your ish together, people. Basically, Chandy needed to happen like 2 episodes ago. While everyone’s love life is still a hot mess, things are looking kinda iffy for our variety show as well. That one’s actually not that surprising, but haven’t they only filmed like one episode? Sighs all around. I’m just gunna trust in Do Min Joon’s alien powers to save both our OTPs and 2D1N from falling off that metaphorical cliff. Yeah, you know the one.

WEAK POKER FACE | Seung Chan is literally at a crossroads. There’s Ye Jin waiting for him at the movies, or Cindy standing in front of his house in the pouring rain. In the end, the person he decides to go to is…Ye Jin, but he tells her that they can’t watch the movie because Cindy is waiting for him. Argh, so ambiguous! Joon Mo sees Cindy on his way home, so he invites her to go wait at his apartment. But when she sees Seung Chan arrive with Ye Jin, she’s so disappointed that she says that she was only here to apologize to him for the incident the other day and leaves. Sadface. Seung Chan quickly follows to apologize for hurting her feelings the other day. He encourages her to ignore the haters because only she knows what’s true. Cindy responds that it’s obvious that he likes Ye Jin because his feelings are all out there for the world to see, but it seems that no one can ever read her feelings. Dammit Seung Chan, open your eyes!

Heart on the sleeve.

LOVE AT FIRST SIGHT | Joon Mo gets the notice that 2D1N is cancelled for the week because they need the time slot to air another variety’s show pilot. Almost the entire team is feeling uneasy about this, but Seung Chan is lovin’ it because now he has more time to help Ye Jin move into her new place. While flipping through a photo album, he sees all the pics of her and Joon Mo when they were younger and notices a familiar looking kid in the background. It’s him! Turns out that Seung Chan really did grow up in the neighborhood and was always just chilling at the playground. In honor of fate, Ye Jin gives him the picture to keep. Little does she know that little Seung Chan already had his eyes set on the pretty noona all those years ago. Seung Chan’s gotta be feeling pretty good, so he even later folds the picture so that Joon Mo can’t be seen in it.

FRIENDS FOREVER? | Ye Jin and Joon Mo are having their usual heart to heart over a couple of drinks, and she thanks him for letting her live here these months. But she actually really regrets moving in because she knows that things got weird and awkward after she drunkenly confessed to him. Once she moves out, they can go back to how things were. Joon Mo gets serious and asks what will happen if their future wife and husband disapprove of their friendship. Ye Jin tells him that it’s inevitable that their relationship will change because that’s just what happens to friendships with the opposite gender. Get it together, you two! 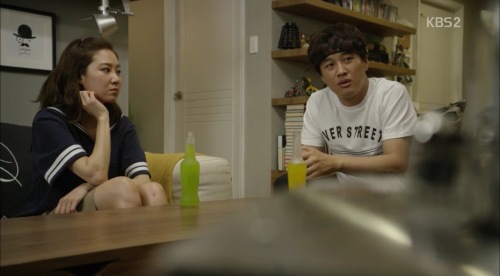 THE NEW GIRL | It seems that CEO Byun is making her moves to replace Cindy with some new girl after all the recent drama. She purposely books all these variety show appearances for the two of them, just so the new girl can take advantage of Cindy’s popularity. When Joon Mo and Ye Jin see Cindy on TV, he immediately knows what’s up. The longstanding beef between the two of them actually stems from five years ago when CEO Byun used a previously popular artist, Yuna, to promote Pinky4 (Cindy’s old group) and then got rid of her. Joon Mo had promised Yuna that he’ll take care of her career, but he wasn’t able to because CEO Byun made sure that she lost all popularity with the public. Dayum.

Not the Cindy way.

THE NEW GUY | Joon Mo’s week just keeps getting suckier and suckier when he finds out the pilot program airing during 2D1N‘s time slot is looking pretty good. And of course right afterwards, he sees Ye Jin and Seung Chan walking into KBS together all giggly. Being the good rookie that he is, Seung Chan picks up on Joon Mo’s bad mood and tries to be helpful, only to be yelled at for his efforts. That goofy grin on his face probably didn’t help. You know what else doesn’t help? Hanging out at Ye Jin’s new place all the time. Joon Mo wins this round though because Ye Jin used HIS birthday as the passcode to her apartment.

DIVA BEHAVIOR | Seung Chan is helping out with the Music Bank performance since he has the week free, and of course he’s assigned to Cindy. CEO Byun tries to make her share her waiting room with the new girl, but Cindy tells them to get the hell out. She knows that they are trying to use her like they did with Yuna and Pinky4, and she ain’t backing down. But then again, neither is CEO Byun. Seung Chan is clearly on Cindy’s side though because he makes the new girl use a crappy waiting room instead. Ye Jin also proves that she’s on Team Cindy when she throws mad shade at CEO Byun & new girl by saying Cindy’s performance today is the only one that matters. Hey, CEO Byun…you can GTFO now. 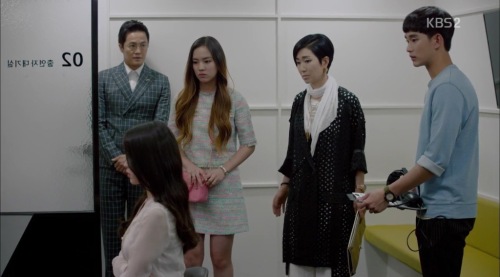 THANK YOU | When Cindy wins #1 on Music Bank, she surprises everyone by giving a heartfelt speech thanking all the important people in her life. She thanks her fellow Pinky4 members for being her friends, her parents who are watching over her, Ye Jin for tolerating her mistakes, and Joon Mo. Last but certainly not least, she thanks the person who became her umbrella when she was standing alone in the rain. She stares straight at Seung Chan while saying that she hopes this person knows that because of him, it was very warm. MY HEART. Omg, my heart.

I WANT YOU TO STAY | Seung Chan, that beautiful idiot, still only sees Ye Jin, despite Cindy’s speech. He races off after work to some field of electric flowers(?) to pick one for her. Meanwhile, Ye Jin and Joon Mo are walking together, discussing the fate of 2D1N. She tries to think of ways to help him save the show, and Joon Mo distractedly agrees that he shouldn’t let someone else take his place. He stops in his tracks and tells her to lease her new apartment. The reason? He wants her to stay with him. Seung Chan, with his electric flower in hand, witnesses the whole scene and is clearly devastated. This only gets half a sadface because y’all know I’m about that Chandy life!

A step too late.

Bonus Kim Soo Hyun picture because of his beautiful face.