Everything can be edited! (Even drunk love confessions.) 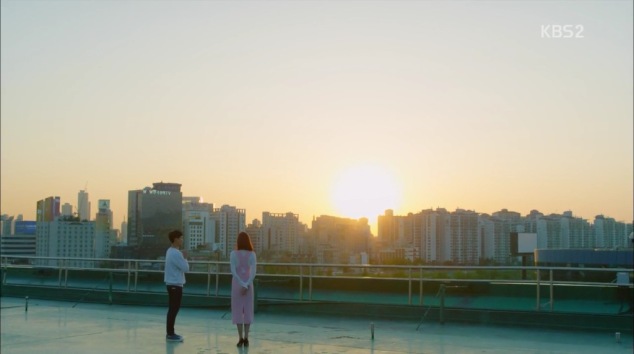 Previously on The Producers… ep 4 recap

Oy, this drama’s love lines are confusing me! I thought for sure that after the last episode, we had our OTPs matched up and ready to go. I still think that Seung Chan & Cindy and Ye Jin & Joon Mo will end up together, but it looks like it’ll just take some more time getting there. The mockumentary technique is lessening by the episode, which is kind of a bummer, but I’m still loving the drama. Who knew there would be so many life lessons in variety shows?

PRODUCTION VALUE | Seung Chan unknowingly captures Cindy’s heart with that smooth umbrella move. But proving to be just as clueless as ever, he immediately abandons her in the pouring rain to cover the cameraman and the camera, His reasoning? Humidity, of course. Since they’re still lost, it’s time to pitch the tent and camp out in the woods overnight. Seung Chan, ever the good PD, still makes Cindy play the games to earn her dinner. In her last chance to get some food, she has to call a friend and get them to say encouraging words to her. The only problem is…Cindy doesn’t have any friends. She ends up calling her old bandmate, but is promptly told to get lost by her. Ouch. On the bright side, Seung Chan sees that Cindy’s upset, so he lends her his headphones and book to help fall asleep. Aw, that cutie. 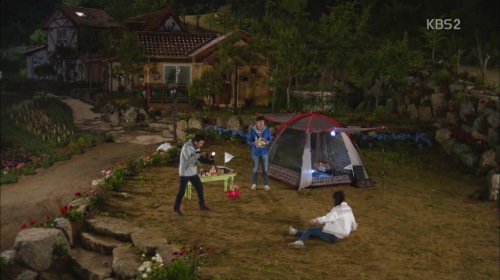 BLAME GAME | CEO Byun is on the 2D1N set and thinks that Cindy isn’t being treated fairly by the production staff. When she hears that they didn’t give her dinner last night because of some stupid game, she goes off on Joon Mo. He tries to act all high and mighty in front of CEO Byun by calling her out on only caring about Cindy because she pulls in the money for her. But CEO Byun quickly shuts him down when she tells him that he’s also only it for the show’s ratings. Feeling guilty, Joon Mo takes it out on Seung Chan and yells at him for making Cindy play the games and miss dinner. But later on, the cameraman that was with them last night tells Joon Mo that Seung Chan also didn’t eat anything because Cindy wasn’t able to.

ONE DRINK TOO MANY | Ye Jin and her Music Bank team crashes the 2D1N celebration dinner, and have a super awkward run-in with Cindy there. The grudge between them doesn’t look like it’s going end anytime soon. Out of annoyance of how rude Cindy continues to be, Ye Jin overdoes it on the soju and beer. Everyone, except her, can tell that she’s getting way wasted. On the way home, she drags her fellow drunks, Seung Chan and Joon Mo, to a street stall for another round of soju. In her “angry drunk” stage, she tells Joon Mo to stop talking to her because she’s pissed about him kissing her and then going on blind dates with other girls. She’s upset because he used to be the person she talked to about relationships, but now she has no one to talk to because the person she likes is him. One more shot of soju and she’s out. 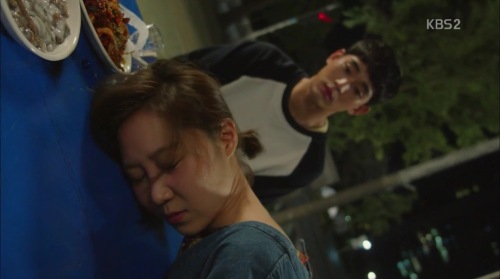 Story of the night.

DRINK RESPONSIBLY | Ye Jin wakes up the next morning with not only a hangover, but also vague memories of drunkenly confessing to Joon Mo. She tells Seung Chan to meet her privately on the KBS rooftop to find out what he heard last night. He tells her everything that she said to Joon Mo, but goes along with Ye Jin’s excuse that all of it was a lie. Since they aren’t sure if Joon Mo heard all of it as clearly as Seung Chan did, Ye Jin sends him on a mission to find out. After Sherlock Holmes-ing the situation, Seung Chan reports to Ye Jin that it appears that Joon Mo was super drunk last night and doesn’t remember anything. She tells him to continue investigating. Remembering what Ye Jin said last night about having no one to talk to anymore, Seung Chan lets her know that he’s a good listener and secret-keeper, so she can always come to him if she needs to talk. Awww.

Make me your confidant.

EDITING CRITERIA | Joon Mo introduces Seung Chan to the editing room, where it looks like it’s anything but fun. In fact, it’s apparently so horrible that the editors need to take Vitamin D supplements. Luckily(?) for Seung Chan, the rookie’s primary editing duty is to order take-out for the senior PDs. Based on Joon Mo’s spicy jajangmyeon order, Seung Chan and Ye Jin aren’t able to deduce whether or not he’s really that hungover from yesterday. Without any new clues, Seung Chan asks Ye Jin if it’s really crucial that Joon Mo doesn’t remember what she said last night, especially if it was just a lie anyways. She tells him that he’ll later learn this from editing, but when a person doesn’t give a response to something, that means it has to be edited. IF what she did say yesterday was actually the truth and not a lie and Joon Mo did in fact hear it, his lack of a response means that he edited it from his memory.

SEUNG CHAN’S DEBUT | Seung Chan and Joon Mo are up way past their bedtime editing the first episode. Without any other ideas of how to make the parts with Cindy funnier, Joon Mo decides to include the parts of Seung Chan and Cindy together for the airing. Not sure if CEO Byun would still be buying dinner for the entire KBS Variety Dept. if she knew how Joon Mo was editing Cindy to look like on the show. The beef between CEO Byun and Joon Mo is still going strong, so he refuses to eat the food she bought and instead tells Seung Chan to pick something up for him to eat from the street vendor.

SOBER CONFESSIONS | Seung Chan goes back to the same street vendor that he, Joon Mo, and Ye Jin went to last night. The lady working there remembers him and asks if he got home safely. Confused because he thought that he wasn’t that drunk, she tells him that it was actually Joon Mo who was the most sober out of them three. Seung Chan starts to vaguely remember that he told Joon Mo that he doesn’t want Ye Jin to go home with him, and also that he hates that Ye Jin likes Joon Mo. Oh…?! Joon Mo realizes that he sent Seung Chan to the street vendor, so he rushes out to find him. They meet halfway, and Seung Chan tells him that he knows Joon Mo lied about paying for yesterday’s meal because the street vendor doesn’t accept cards. Seung Chan asks Joon Mo if he remembers what happened last night, and just chose to edit it from his memory.

PICK AND CHOOSE | In an interview about what editing means to him, Joon Mo reveals that it’s about giving up. When there is a good and a better option, pick the better one because you can’t be greedy and want the good too. The risk of wanting both is losing both. So, is Ye Jin the “good option” for Joon Mo? 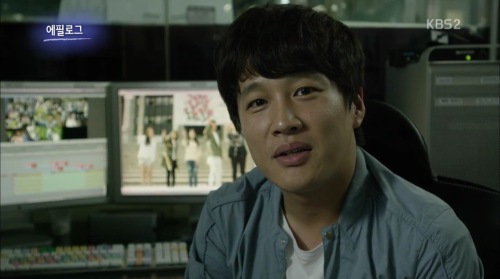 Quit while you’re ahead.