Everyone falls down a cliff again and happiness is short lived.

Previously on The Four… catch up with episode 22 recap!

Yay! Wu Qing regains his eyesight and he re-adapts rather quickly. I mean the man was blind for quite a while, but he is like not sensitive to light at all. I guess I shouldn’t be so picky though, it is a TV show after all! 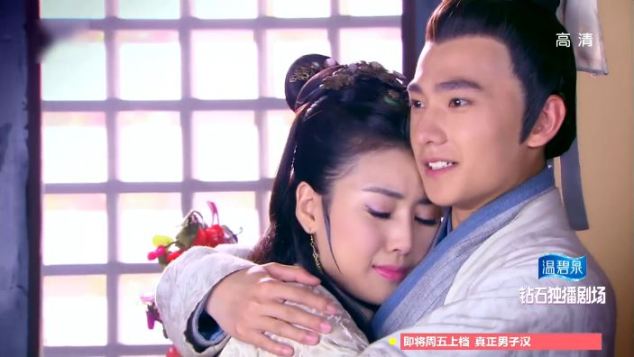 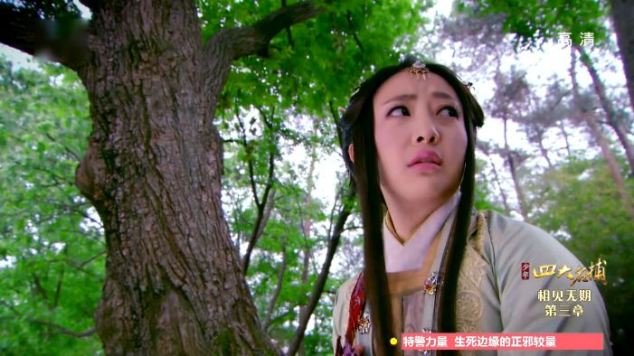 In any case, the Princess starts to leave a trail of headpieces stuck in random tree trunks “just in case” her precious Leng Xue can’t find her. Of course, Leng Xue is not out here trying to hunt her down. Instead, Zhui Ming is running everywhere collecting her treasures. I’m just surprised he is able to spot them so quickly. There are a lot of trees; it is a forest after all.

The Princess gets hungry and stops at a street stall for some buns, but since she has no money she offers the shopkeeper another one of her headpieces. She is also strangely upset that she can’t get food for free. Did she not learn that in the real world you need to pay for things?

Anyway, Zhui Ming also ends up at the shop and threatens to kill the shopkeeper plus his wife if they do not tell him where the Princess went. Wow, Zhui Ming, you are really worried huh? Princess, you should just marry this guy. What are you waiting for? Don’t be hung up on that Leng Xue tree, there’s a good man right in front of you!

Soon enough Zhui Ming tracks the Princess down. She actually fell into a hole and is covered in mud. He pulls her out and find out that she twisted her ankle. So what does he do? He carries her instead. I don’t know why he doesn’t put her on his back but insist on carrying her princess style. Isn’t that tiring? I mean all her weight is on his arms. Maybe I shouldn’t be worried, Zhui Ming seems to be very happy. Gleefully so.

The Princess isn’t too happy though because she wants to ride a horse drawn carriage instead. Zhui Ming tells her he can’t find such a carriage now, but she just whines and whines. Finally, someone comes by with a crappy donkey cart and Zhui Ming waves him down. They get on, but the Princess continues to complain about how badly it smells which totally angers the donkey man. She tells him she is the princess, but he’s all like you are so dirty and messy you must be a homeless! HAHAHAHAHAHAHAHA. 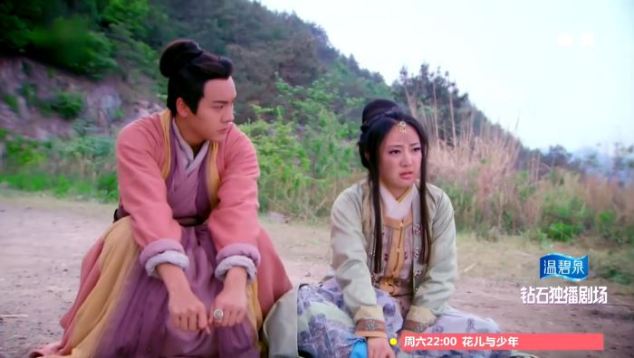 Zhui Ming quickly offers the donkey man some money and buys the cart. The man leaves and Zhui Ming tries to reason with the Princess.
Zhui Ming: Do you think the horse drawn carriage is nobler than the donkey drawn carriage?
Princess: Of course.
Zhui Ming: Horse carriage is drawn by a horse, donkey carriage is drawn by a donkey. What is the difference?
Princess: They both pull carriages, I guess they don’t differ much.
Zhui Ming: Right, there isn’t much difference. So why is a horse drawn carriage different from a donkey drawn carriage? Close your eyes, count to three, I’ll give you a surprise.
Princess: You can do magic?
Zhui Ming: Close your eyes.
Princess: One, two, three. Nothing changed, you lied to me!
Zhui Ming: Don’t you think the scenery over there is very pretty? You need to calm down.
Princess: Ok, Ok, Ok, I know you are trying to comfort me, but this carriage is way too stinky. You can’t tell this to others, ok?
Zhui Ming: When I find a horse carriage I’ll trade for it, ok?
Princess: That sounds better. I look like a homeless, it is all Leng Xue’s fault.
Zhui Ming: What Leng Xue? It is Zhui Ming that is accompanying you right now.

Awwww, poor Zhui Ming. It’s like watching Bridezillas and you wonder why anyone would want to marry the bride. 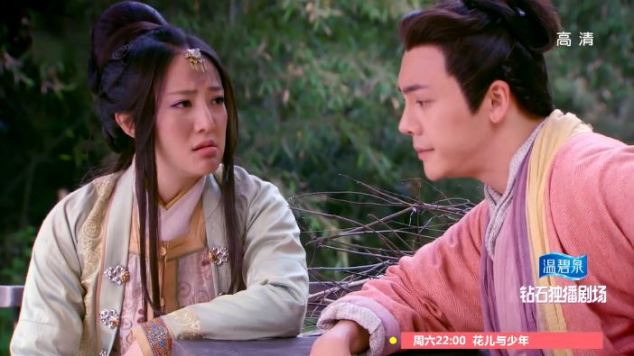 reasons are lost on this girl

While Zhui Ming and the Princess are taking their sweet time in the forest, Tie Shou, Ji Yao Hua and Yi Yi are ambushed when trying to bring the royal stamp back to the city. Needless to say it is ASG’s doing. During the fight, Ji Yao Hua gets knocked into a nearby stream which looks very shallow but for some reason nobody can find her. Also, the royal stamp is actually not with them; they are just carrying the box with a rock inside. The stamp is with the other group.

Speaking of the other group, Leng Xue and Li Mo are bidding farewell to Wu Qing and Ru Yan as they leave to live happily ever after. Ru Yan suddenly changes her tone and wishes Li Mo happiness with Leng Xue. I guess that whole please-take-care-of-Wu-Qing-after-I’m-gone thing is over? Leng Xue overhears the girls mentioning his name and starts to grill Li Mo again. Just admit it, you want all of her attention. Tehehehehhehee.

Leng Xue: What were you talking about?
Li Mo: Nothing.
Leng Xue: Nothing? Then why did I hear my name?
Li Mo: Which ear did you use to hear it?
Leng Xue: This ear. 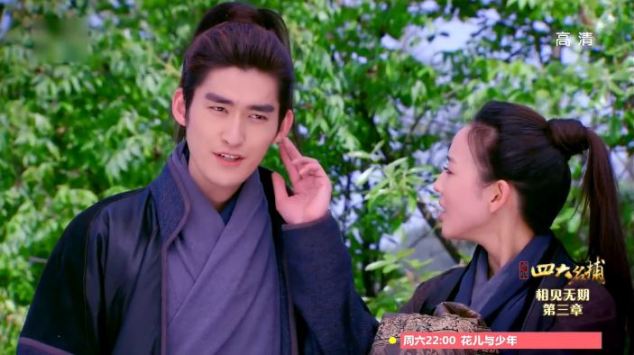 Just as everyone is about to embark on their journey, Nu Nu and a group of men swoop in out of nowhere. Li Mo and Ru Yan hide as the two men fight it out. Ru Yan fears that she is unable to escape her fate and ASG will definitely kill her, so she brings up what she told Li Mo before and insists that Li Mo take care of Wu Qing instead. What the heck. I’m so confused.

Li Mo tells Ru Yan to not say such things, but it is too late! Some arrows come shooting and Ru Yan gets hit while trying to save Li Mo. Ru Yan tells Wu Qing goodbye and thanks him for being able to have loved.

As if everyone else stopped to watch the lovebirds, things resume once Ru Yan breaths her last. Nu Nu holds Li Mo hostage and things are starting to look bad. Suddenly, ASG knocks Wu Qing aside and flies away with Ru Yan’s body. Wu Qing also falls down a cliff after getting a blast from ASG. Nu Nu gets distracted and Li Mo takes this opportunity to run away. But instead of grabbing the royal stamp or going somewhere else, she backs up to the cliff. And then ASG’s men approach her and she falls off the cliff…. Uh what? 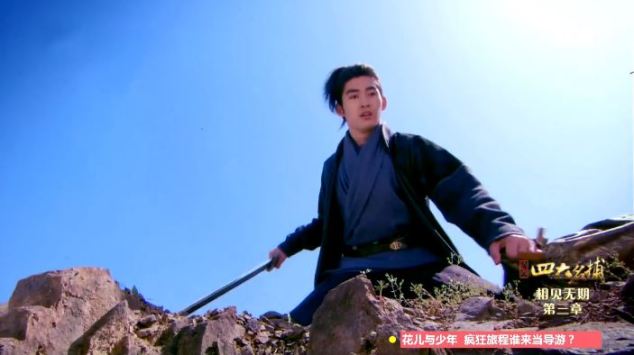