It’s been way too long, our beloved alien! 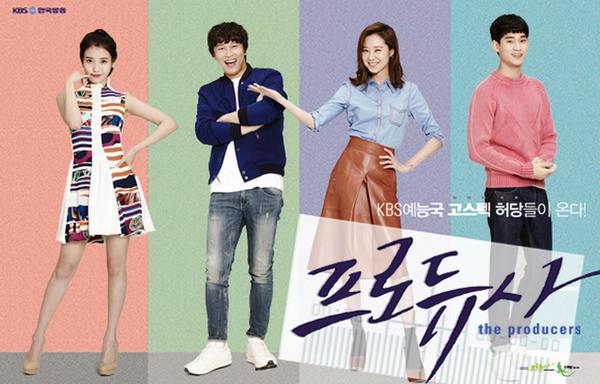 At the Korean Broadcasting Station (KBS), people work tirelessly behind the scenes to put together the shows and programs that entertain all of South Korea. It’s on the sixth floor of the KBS building where the variety show producers spend most of their days, coming up with ideas for the next hit program. People and situations may change every day in the Variety Department, but there is a never a dull moment for its rookie and veteran producers.

Everyone was really, really, excited for The Producers to air because it’s the comeback project of one Mr. Kim Soo Hyun (my forever bias), and rightfully so! And while all the focus has been on the incredible cast, I think the unique filming format of this drama has been overlooked. Filmed as a mockumentary that’s popular with Western TV shows; it’s the first time I’ve seen an Asian drama take on this style. And I love it! It might seem a bit odd to those who aren’t used to seeing this type of format, but I think it really allows for a more subtle style of humor that’s often missing from dramas. The first episode was a great introduction to the characters and their respective personalities, but I hope to see a more overarching story in the next few. But so far, so good!

Join me as I recap (and fangirl, of course) all episodes of The Producers! Welcome back into our lives, Kim Soo Hyun. ❤

ROOKIE MISTAKE | First day on the job as a rookie producer at KBS’s Variety Department, and Baek Seung Chan is already messing up. Because he parks a bit too close to the car next to his, PD Tak Ye Jin of Music Bank unknowingly slams her door against his Mercedes. That’s gunna leave a mark…and it does. She can’t even play dumb about it because the documentary crew filming the new employees captures it all on film. Whatta start to the day. While Ye Jin is searching for the Mercedes owner’s phone number, Seung Chan and his fellow rookies are busy with their orientation/on job training. But after getting conned into buying a book written by his senior PD, failing to meet Girls’ Generation, and given a whole bunch of bad advice, Seung Chan is just plain confused.

Is this going to be on the test?

MEET THE SENIORS | Turns out that the PD leading the training for Seung Chan’s group is none other than Ye Jin. And she is NOT in a good mood. She can’t reach the Mercedes owner, aka Seung Chan, because she had unknowingly told him to turn off his phone during work. His day also gets a little more confusing (and heartbreaking) when he finds out that the girl he likes, and the sole reason he joined KBS, is dating PD Ra Joon Mo of 2 Days, 1 Night. Poor Seung Chan goes to cry his eyes out in a bathroom stall, and somehow also runs into his love rival there. But it looks like things aren’t going that great for Joon Mo either because he has to meet with the Korean Communications Commission to answer the charge for saying the word “booger” during his show’s broadcasts. Oh the horror! Boogers! 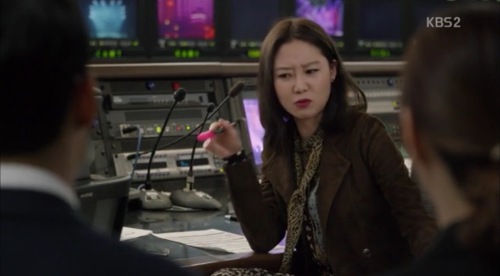 Listen up, you noobs.

SOS! (SAVE OUR SHOW!) | Joon Mo hears rumors that his show is going to be cancelled because it experienced a nosedive in ratings after deciding to cast older actresses. In an attempt to revive 2D1N, he asks Ye Jin if she’d prerecord Miss A’s performance for Music Bank so that they can appear on his show. Using this as a teaching moment, she purposely rejects his request in front of the rookies. And as if getting lectured by the KCC wasn’t enough, Joon Mo then gets lectured by his boss on his show’s poor ratings and finds out that they really are gunna pull the plug on it. Although he’s not going anywhere (for now), he has to assemble a new team to put together a new show. That’s going to be one awkward one-year anniversary dinner they’re having tomorrow…

TOP STAR ATTITUDE | Major kpop star, Cindy, is in the building to perform on Music Bank and being a real pain in the ass, per usual apparently. She refuses to change out of her see-through costume even though it’s against broadcast rules, so it’s up to Ye Jin to deal with her. She, along with all the rookies, confront Cindy about her inappropriate outfit, but Cindy insists that it’s pretty, not racy. Doesn’t help that Seung Chan is nodding along that she looks pretty. C’mon, dude. Ye Jin orders everyone out of the dressing room, leaving her and Cindy to duke it out alone. But instead of bitching her out, Ye Jin reasons with her and successfully convinces her that she’ll still look hot if she wears a jacket on top of her outfit. Crisis averted! Or not…because Cindy goes onstage with the jacket on and then promptly takes it off. Oh no, you can see her shoulders! 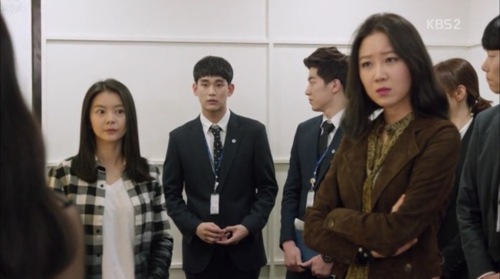 This is a family show.

FIRST DAY | Seung Chan manages to get through his first day of work in one piece, but barely. He finally picks up a call from Ye Jin about the dent she’s left in his car. She acts apologetic at first, but after all is said and done, Seung Chan still gets lectured about how he sucks at parking. Such is the life of a rookie. At least his family buys him a cake! Yum. Joon Mo takes his team out for dinner and confesses to them about their show’s pessimistic outlook. Needless to say, they did not take the news well. Ye Jin arrives homes to share a grumpy dinner with…Joon Mo?! 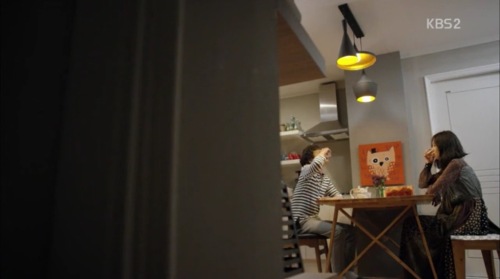