How about an album review for a change? EXO, let’s go! 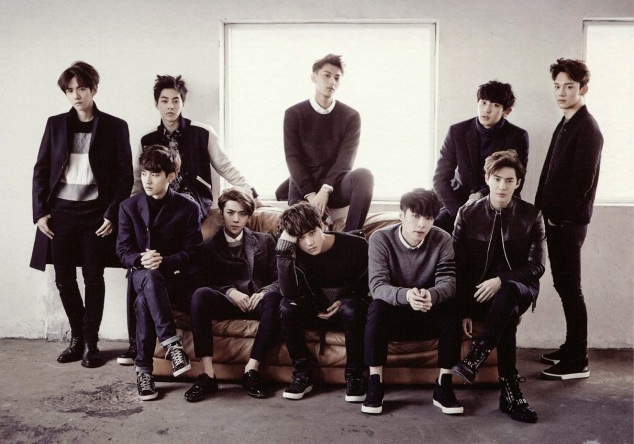 After falling fast and hard for EXO after the release of their latest album, I thought it’d only be right to review the music that has completely taken over my drama-watching time. That’s right; instead of watching dramas, I’ve been too busy listening to EXO or watching their MVs/reality show/variety show appearances. Yeah, obsessed much? Now, I’m not a music expert by any means, so I’m just sharing my own opinions and writing about what I hear when I listen to the album. Hopefully, I’ll be able to convert a few more of you into EXO fans or at least giving them a listen.

Without further ado, let’s get on with a track-by-track review of the Chinese version of EXO’s second full-length album, Exodus!

The lead single of the album is performed in Mandarin by all ten members of EXO in this version. Without a doubt, this song is the most pop sounding of the album, and even perhaps of all the group’s past singles. Like all good kpop songs, there’s an extremely catchy hook and a chorus that consists of repeating the, “Call me baby,” line. But what makes the song stand out amongst the others is how reminiscent it is of the early 2000’s American boyband music; kind of like a more upbeat and way cooler version of NSYNC. Combined with the fashion that EXO’s rockin’ in the music video, everything about this just screams “2015 boyband”…and I love it! I will say that I do prefer the Chinese version to the Korean one just a teensy bit more because the lyrics flowed better in it.

I’m assuming it was intentional, but the beat of this track really fits its title because there was a very robotic/mechanical sound to it. For most of the verses and chorus, it was this sort of “talking rap,” and the hook and bridge switched to a more traditional electronica melody. The very slow and deliberate quality of the “talking rap” can be really cool if it’s done right, but Tao lacks the roughness and edge in his voice to really pull it off. In the Korean version, however, Chanyeol’s deeper voice really suited the song. Cool beat, but listen to the Korean one. 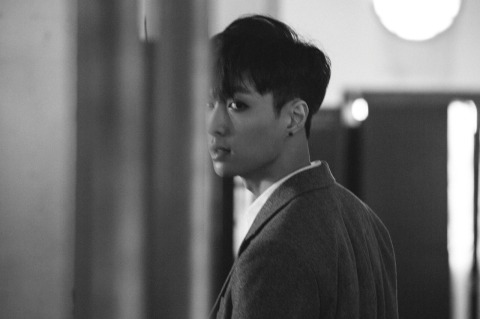 The first ballad of Exodus is definitely very R&B sounding, and provides a nice showcase for the singers’ vocals. There wasn’t a rap interlude in it, but the R&B feel of the track would have definitely allowed for either a rap intro or outro. Nothing spectacular, but still nice to listen to because of how well everyone sang. Also, first song of the album featuring D.O.!

Second ballad of the album immediately follows the first one, but this time it is only performed by Chen, Lay, and D.O. I often flip-flop between Chen and D.O. for whose singing I prefer, but it’s songs like this that puts me firmly in the Chen camp. In this piano-based track, Chen’s crystal-clear and soaring vocals really are the highlight. Once again, lovely singing from everyone but the song is rather ordinary.

The mix of genres (R&B, hip-hop, electronica, pop) makes this track the most kpop-sounding on the entire album, but also one that is most reminiscent of EXO’s earlier works because of its dark and sexier quality. Because it’s more intense sounding than the title single, “Call Me Baby,” its boyband inspiration seems to stem from groups like B2K rather than BSB. The random English words in this song sound particularly out of place, but the Chinese lyrics flow rather nicely with the beat. 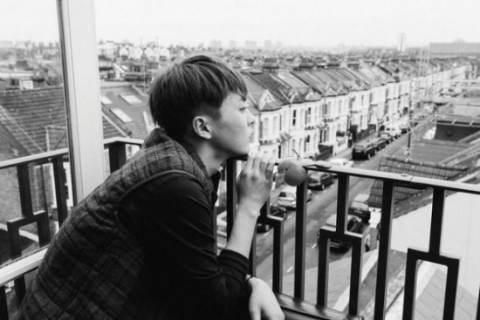 The group’s chanting on a melody that sounds vaguely Middle Eastern has this track almost veering into the tribal war song territory. Even though the actual melody itself isn’t the most aggressive of the album’s 10 tracks, the tone definitely is. In that sense, it sort of reminds me of EXO’s very unique, “Wolf,” but less memorable. Perhaps due to the fast pace of the beat, the Chinese sounds very mumbled here and honestly, difficult to comprehend. This was certainly a very interesting track because of how different it sounds, but still very much in the EXO style of music.

First of all, I already prefer the Chinese version of the song to the Korean one because of how much less cringe-worthy the opening line, “Hey, playboy…” is here. Sorry Kai, but you sounded so creepy! Once again, a song that’s very “EXO” because of its moody and sensual beat. There’s a laid back feel and sound to the track that makes it a perfect one to play in a dimly lit lounge. The jazzy vibe of it almost calls for a saxophone interlude, but that would have made it sound too out-of-date. Tao and Xiumin’s rapping here is pretty good because it doesn’t require them to be be too gangster and edgy. Continuing with the jazzy feel of the song, there was some simple, but nice scatting at the end.

EXO is at its best when its music is moody, dark, and sexy. While “Playboy” and “El Dorado” had those qualities, this track is where the group really shines. Not nearly as sensual or aggressive sounding as those other two tracks, but “Hurt” is definitely the moodiest of them. Perhaps to reflect the message in the lyrics of how he keeps getting hurt by a woman that he can’t stay away from, the electro melody is chaotic but slows down just enough in the chorus to allow for the fellas to croon, “You hurt me (so bad, so bad).” My personal favorite track! 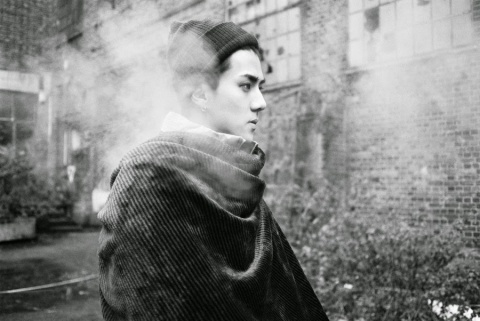 Immediately following my favorite track of Exodus is my least favorite. The song starts off with a strange beatbox that sounds like a car revving its engine, and it lingers on for the entire track. The verses consist of more that “talking rap” that honestly sounds more like loud whispering. And as I’ve said before, I don’t think Tao has enough edge in his voice to pull off that style. The R&B sounding chorus is okay, but this song still just sounded messy. 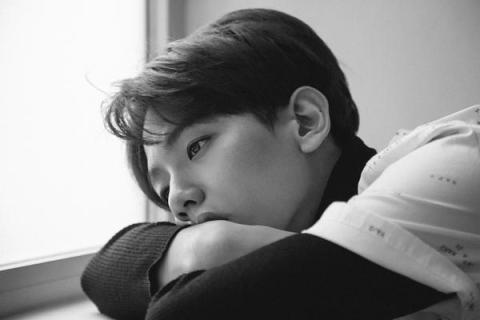 The album’s ending track is very sweet, both in its melody and lyrics. Nothing extraordinary, but a very pleasant and relaxing song to listen to as it’s a departure from the previous darker selections. Everyone’s vocals sound nice, albeit very synthesized. There’s a very dreamy or hazy quality to the song that makes you almost want to drift off to sleep while EXO repeatedly tells you how beautiful you are. Not a bad way to close it out, if you ask me.

Maybe because I’ve listened to a lot of Mandopop or the lack of electronica in this bonus track, but it sounds extremely Asian to me. It reminds me of something that would be found on either a Jay Chou or JJ Lin album, which is definitely not a bad thing. Like “Beautiful,” this song is pleasant to listen to, but perhaps less dreamy. The rap has a very playful quality to it, which is when Tao’s rapping sounds the best. D.O.’s once again featured on this track, and his vocals blend extremely nicely with the other EXO-M members.

One of the reasons that I like EXO so much is that their music sounds different from what else is on the kpop market. While many groups recycle music or concepts, EXO somehow always brings something new to the table. In a genre that is defined by catchy songs, outlandish outfits, and the next dance craze, EXO has carved themselves a nice niche that is still difficult to completely define three years after their debut. Though they are constantly tweaking their style of music, the EXO sound is definitely and always a more sensual and darker one compared to other kpop male groups. With their second full-length album, Exodus, EXO didn’t do a 180 transformation to who they were, but instead further defined their trademark sound.

When evaluated by itself, the Chinese version of Exodus was very well done, and the Chinese lyrics mostly worked with all the songs. Both Chen and Xiumin’s Mandarin has improved greatly, and they sound much more comfortable and natural singing in it than before. Vocals-wise, the highlights of the Chinese version were definitely the ballads and slower-tempo songs because EXO-M (and D.O.) have the gentle and clear voices that work for those types of songs. On the flip side, they were slightly less successful than their Korean counterparts on the edgier and stronger songs because none of them really possess a voice that’s aggressive enough. Sorry, Tao!

Having listened to both the Korean and Chinese versions of Exodus, they both have their strengths and weaknesses. Where the Chinese one excels, the Korean one falters just a bit, and vice versa. What this means is that they truly are the best when they are all singing together, like on the lead single, “Call Me Baby.” Best of both worlds! If you were already an EXO fan, you’d be happy with Exodus because it’s what you would already expect from the group, even if it’s different from all the other kpop out there. And if you’re a new fan, this is an excellent introduction to EXO because it provides a good insight into the group’s style and sound. (But listen to their older stuff if you really want to see and hear them really be experimental.) As long as EXO maintains their stronger, darker, and cooler sound, they’ll continue to reign as the princes of kpop.