Let all the love triangles out of the bag!

After doing the grasp of love, Xiang Xiang apologizes for the embrace and Gong Ming is all like where am I? Of course, Xiang Xiang doesn’t get it and mistakes Gong Ming for a weirdo or some small time actor. She tells him she is Empress Xu, and he serves her his wtf face. 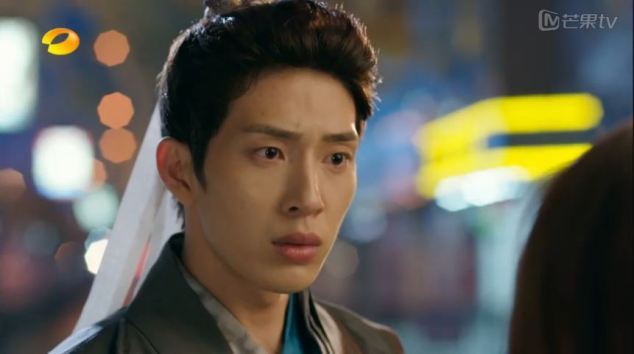 After she makes a face at him and accuses him of being a drunkard, then she realizes the smell of alcohol is actually coming from her…=.= 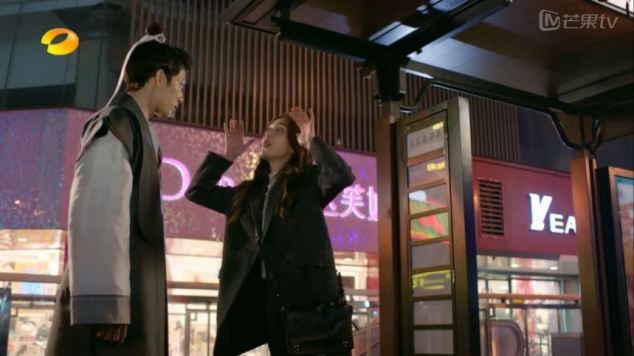 Gong Ming gets all serious on her, inquiring his whereabouts, condemning her for proclaiming to be the Empress and wondering where the bad guys have gone. Xiang Xiang ignores him, but notices the bleeding wound on his hand and immediately wraps it with a handkerchief. She tells him to wait while she goes to get a cab, but once she leaves he promptly turns around and walks away.

Gong Ming hides in some small alley way and tries to make sense of what has happened so far. He suspects that he is dead, but upon checking his shirt he finds that the jade pendant blocked the sword. He reads the inscription on the pendant, and just like that, he is teleported back to the past.

back to the past!

Xiang Xiang heads over to a nightclub to meet Yu Fei, after being told to by Jing Jie. She gets caught by some sleazeball trying to buy her a drink and Yu Fei rescues her using the Korean hand-pull method. You know the one. After bringing her to some secluded pool (inside a nightclub???) Yu Fei spots the bracelet he gifted to Xiang Xiang on her wrist. He shares that she is his motivation for doing well and she takes the credit like a boss.

Then he proceeds to do acting lessons in preparation for their upcoming collaboration, and oh he totally gets into it. After a few exchanges, the conversation takes a 360 and Yu Fei proposes that they start over again. To which she uh, responds to by pushing him into the pool.

A sad Xiang Xiang returns home and puts on Almost Lovers by a Fine Frenzy as she remembers back to the kiss. She sees the handkerchief she picked off the street earlier when Gong Ming disappeared, and homegirl moves to wondering about him instead.

The teacher agrees to let Gong Ming hide out in his house which causes Gong Ming to wonder if he is planning to go back to the capital at all. The teacher replies that he has no such plans, much to Gong Ming’s displease. Gong Ming launches into a long speech about how it is important to use one’s skills to serve the nation yadda yadda yadda.

Finally the teacher puts a stop to this and tells Gong Ming to stop lecturing his elders. Gong Ming takes this opportunity to ask his teacher about the jade pendant. Instead of providing any sort of useful information, his teacher just admires Gong Ming’s luck of meeting a girl so quickly in a foreign place. Oh, Gong Ming’s teacher, you sure got your priorities straight. By the way, the teacher talks more “modern” than Gong Ming! 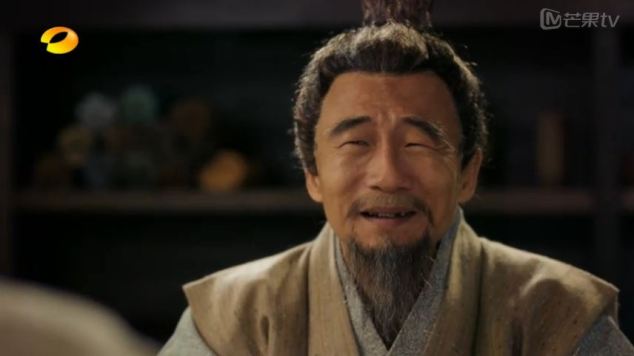 The yeacher continues the topic of love and asks if Gong Ming has made any decisions about Ying Yue. Gong Ming confesses that he only sees Ying Yue as a sister and anyway, he has no time to worry about love when there are bigger fish to fry. No, Gong Ming, it’s really because you are reserved for Xiang Xiang 😀

Wang Mang finally tells Ying Yue that Gong Ming is alive. He also figures out that Ying Yue is the one who spoiled his plans the other day. Wang Mang asks her what would she do if she has to choose between him and Gong Ming. Ying Yue points her sword at him and Wang Mang breaks his cup in anger. Oh, I sense an unrequited love here, but I really can’t take their acting seriously. 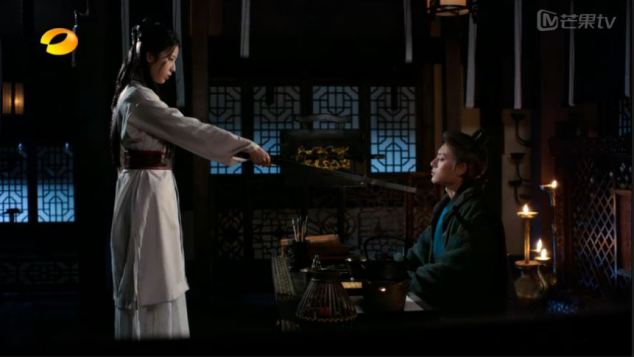 Now in 2015, Xiang Xiang is going to a press conference and her manager warns her against a superstar named Zhao Na Na who is apparently very difficult and should be avoided at all cost. Xiang Xiang doesn’t believe it and insists that Na Na is her favorite actress of all time. Of course you would think that, Xiang Xiang.

After being totally ignored when she waved to Na Na outside the hotel, Xiang Xiang tries to self-introduce in the elevator. Na Na doesn’t really buy it and tells her manager to inform Xiang Xiang to not to talk to her because she doesn’t want to talk to someone who got in due to relations.

Na Na is not totally crazy though. Turns out there is rumor that Xiang Xiang got the role of Empress Xu because of Yu Fei! So Xiang Xiang confronts Yu Fei who admits that he asked the director to cast her. 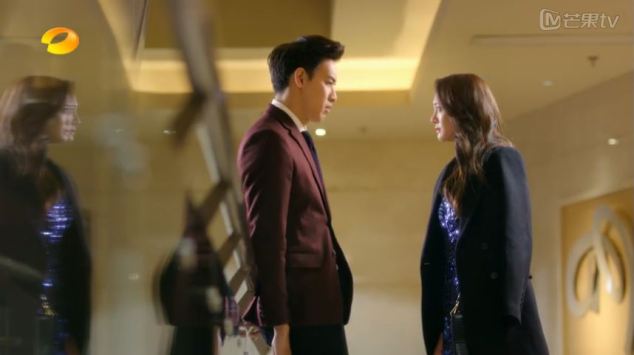 “but i was only trying to help!”

Xiang Xiang is sooooo upset that she leaves the press conference in tears. This spells big trouble for Jing Jie though. But Xiang Xiang doesn’t care. Instead of lowering herself to a role she got through Yu Fei, she takes a walk by the river. One guess who she sees!

walk by the waters

guess who she sees!

does this count as knight on a white horse?

So a fight ensues between Gong Ming and masked man, during which Xiang Xiang gets knocked unconscious.

nooooooooo, actually i’m sure she is fine

Now, Hold on a Minute: 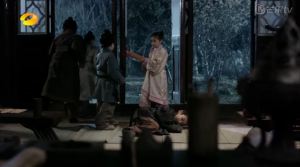 fending off bullies since the bcs