Tian Wen Jun and Lu Xiao Juan’s marriage may be over, but they are still as in love as ever with their son, Tian Peng. After a tragic accident in which Tian Peng disappears, the duo launches on a seemingly never ending search for their lost boy. As luck would have it, the ex-couple finds Tian Peng, now living as Ji Gang, farmer Li Hong Qing’s son. After a series of investigations, Li Hong Qing’s late husband is unearthed as a suspect of child kidnapping and so even the orphaned girl the couple adopted is taken away. Innocent Li Hong Qing is unaware of her husband’s dealings and begs unsympathetic lawyer Gao Xia to help her keep her daughter, but will she be able to?

The plot is not complicated, but the characters and their feelings are as gray as could be. While Vicki Zhao’s character Li Hong Qing’s husband committed a undeniably awful crime, she is not guilty of anything aside from raising the “adopted” child as her own. But how can you take a child from his rightful parents? Instead of focusing on the joys of being reunited, the story explores the inevitable, the reconciliation that comes afterwards and how to deal with a child who has learnt to love another mom and a mom who has lived a lie while not neglecting the original set of parents who must deal with being rejected by their flesh. 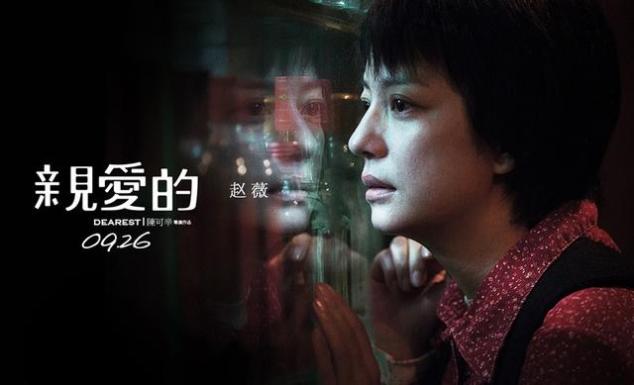 Based on a real life person, Li Hong Qing is the most complex and difficult individual to portray and Vicki Zhao used her whole heart and body to express the character. She was able to capture the innocence of a poorly educated but loving woman, one who naively believed her husband’s lies when he brought home the children. She also displayed the eagerness and the worries of a mother when her children were taken away. Vicki brought to life every single emotion, and made me sympathize with her even though perhaps it would have been logical to hate her. I wept with her when she snuck around to see the children, I begged with her when she tried to get her daughter back from the orphanage, and I hoped with all my heart that she would continue to be courageous.

I also wondered to myself why her husband had to go to such length just to raise these children as their own? He must have desperately wanted children, but he must not have known that he could adopt from an orphanage. But as we learn from the film, orphanages aren’t inclined to release children to the countryside, even if it is into the warm embrace of loving parents. While I understand the obvious concerns, but is it really that much better for these children to grow up waiting for someone to adopt them? Is holding out really worth it all? These are questions the film left me thinking, but I appreciate the fact that the movie did not attempt to get on the high horse to answer them all.

While Vicki’s on screen performance was every bit incredible, everyone else paled in comparison. I should have felt more sadness when Tian Peng was lost and more joy when he was found, but Huang Bo and Hao Lei just did not evoke these feelings in me. Other than me knowing that these events were happening and that I should feel one way or the other, they did nothing to demonstrate what it meant to be angry, disappointed, hopeful, conflicted and dejected. Tong Da Wei as Gao Xia did a little bit better as a rude and arrogant city lawyer who sort of learnt to be more kind, but it was nothing another actor couldn’t have done.

Overall, I would highly recommend everyone to watch this – if not to understand the issue topic, then to see Vicki’s stellar acting skills. Child trafficking and kidnapping is wrong, as is all human trafficking, but
what about what comes after it? I think this film deals with it really well, even though there are no clear cut solutions. This is no happily ever after, yet it is the reality for so many.