Good luck trying to be the next Heart of Greed. 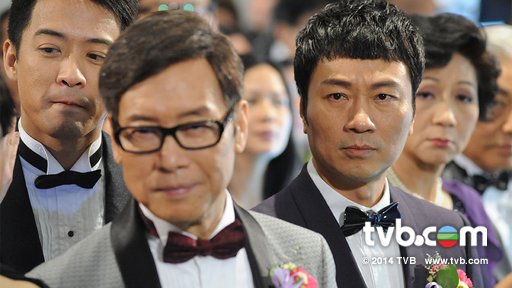 As one of the richest families in Hong Kong, the Chiangs are viewed by outsiders as the perfect family. In reality, the tense and often contentious relationship between eldest son, Chiang Yuen, and family patriarch, Chiang Sing Tin, threatens to expose the family’s infighting for power and recognition. When Chiang Yuen breaks off from his family to make a name for himself in the business world, his father will do all he can to make sure that he fails. During this time, others seek to take advantage of the disharmony in an attempt to steal the wealth and power for themselves. The Chiang family will need to learn to trust and rely on one another if they are to successfully defeat their enemies.

As much as I love inheritance battle dramas in and of itself, I have the tendency of always comparing them to my all-time favorite drama, Heart of Greed. That was, in my opinion, the greatest drama ever produced by TVB, and nothing has ever come close to replacing it for me or TVB. Just like how the movie, Infernal Affairs, has become the standard by which all other triad & police drama/movie is compared to, Heart of Greed is that for inheritance battles. I really tried to view Overachievers and it’s familiar plotline without bias, but my tendency got the best of me. Let’s just say that Overachievers did not fare well. It tried a little too hard to emulate the spirit of the greatest inheritance battle drama ever made, if not in story, and just fell short…way short.

Touted as the modern remake of the 2012 drama, The Confidant, one would expect a similarly riveting and profound drama. Well, Overachievers was unfortunately neither of those things. First of all, the story was just not very good or interesting. It started off okay enough, but there wasn’t really anything special about the plot to capture the audience’s attention. And even as the drama progressed into the more dramatic second half, there still weren’t many watercooler moments that would make you want to continue watching. Secondly, almost every character in this was just SO annoying! An unforgivable sin of dramas, if you ask me. 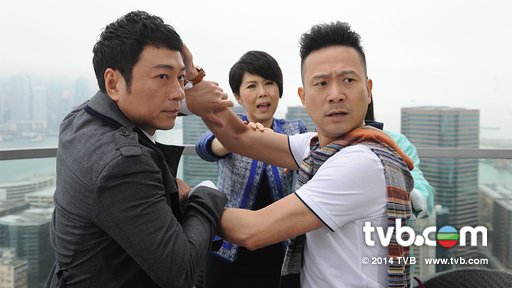 While the writing can be attributed to Overachievers‘ lackluster and unmemorable story, a lot of it had to do with pacing too. Right from the get-go, the drama starts way too slowly. While a couple episodes longer than the typical 25-episode count of TVB dramas, that’s still not enough time for Overachievers to drag its feet. In the first 10 or so episodes, absolutely nothing was happening in the drama. Obviously that’s not totally true, but it certainly felt that way when all we see is character introduction after character introduction. I’m okay with a slow start to a drama if that means it will get better later. But too bad for Overachievers, it overcompensated for its slow start with an insanely fast-paced second half that constantly threw out big reveals without explanation or logic. I’m not sure which style I preferred…neither?

Overachievers apparently never got the memo that drama viewers aren’t looking to gain a working knowledge of how to run a biz because it took it upon itself to include as much business jargon and explanations as possible. Um, yawn much? With so much time devoted to the business side of things, there wasn’t enough left for the actual human drama. Other inheritance battle dramas succeed (Hey, Heart of Greed & Moonlight Resonance!) in minimizing the unnecessary background info on where all this money came from (Abalones & mooncakes, done!), and instead focus on the effects that this large fortune has on the characters and subsequent story. Overachievers chose to highlight the most boring and overwrought parts of the story, and that’s simply not how a proper inheritance battle storyline should be done.

My other main gripe with the drama is the characters and how damn annoying they all were. Besides the immediate members of the Chiang family, everyone else was disposable. Those characters remained in the periphery of the Chiangs, but ultimately contributed nothing to the story. Overachievers, however, decided that it’d be a great idea to give those characters significant storylines of their own that bore no relation to the actual main plotline. All this added up to a group of unnecessary and annoying characters that kept taking up too much screen time. My personal least favorite was the relationship between Nancy and Raymond W. The back and forth between them; ugh, not a fan.

Although I disliked how much attention was paid to the supporting characters, I also wasn’t overly enamored by the Chiang family. One of the interesting things about inheritance battle dramas is seeing how a once loving family is torn apart by greed and power, but that was definitely not shown in Overachievers. All of the family members felt really separate from one another, and you just knew that everyone hated everybody else even when they were saying loving things aloud. Perhaps the lack of love between the Chiangs is why Raymond Wong’s Hugo character was able to infiltrate the family and try to steal the inheritance. And that right there is also ridiculous because why is a non-Chiang fighting for the family inheritance? WHY?!

Despite all the bad things I have to say about their characters, I still enjoyed most of the cast and almost everybody’s acting. Wayne Lai is arguably TVB’s #1 Actor, and his acting was of course great, but just a little less so than his other more memorable characters. I’m not going to hold it against him though because his character wasn’t written particularly well. The other 3 supporting actors (Raymond C., Power and Edwin) were fine in their roles, but once again, no one had that great of a role here. There was a lot of talk about Raymond Wong playing the villain character in Overachievers, and I was already quite skeptical about that before watching the drama. Unfortunately, he really wasn’t suited to play the evil guy and couldn’t elicit any real strong feelings from me for Hugo, be it hate or love. I guess my overall feeling was just annoyance.

The biggest acting surprises came from Grace Chan and Fred Cheng. Grace was quite good in her first major role, and didn’t seem like a complete rookie. As for Fred, he really impressed me in his portrayal of the autistic Ko Hing. I’m happy that TVB is giving him more roles ever since he won that singing competition. Not only is he a good singer, he’s a pretty good actor too! Nancy was alright but annoying, which is typically how I feel about her anyways since I’m not the biggest fan of hers. The veterans were predictably great, but I was a little disappointed to see Susanna have so little to do in this drama. She was still wonderful in her role, but it was just a relatively small one. Especially since she gave such a memorable performance as Heart of Greed‘s main villainness, I really expected her to have just as impressive of a role here.

On paper, Overachievers had the makings of an epic and classic TVB drama, but it was a completely different situation when it was actually shown onscreen. The cast’s talent was not put to particularly good use because of how poorly written the story and characters were. We know this cast is capable of putting on a great show, so it’s not their fault that this was such a letdown. Throughout the 30 episodes, it often felt that the drama was attempting to reach the standard that’s been set by better and more memorable inheritance battle dramas, e.g. Heart of Greed, but kept falling short of it. As a result, Overachievers came across as trying to do too much and too little at the same time, and ended up being a waste of a drama. 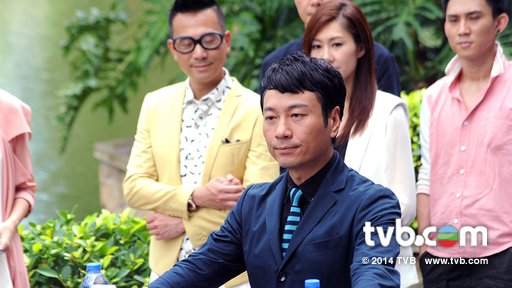 Why did we agree to be in this drama?!