No one ever said finding Mr. Right was easy.

An old man is browsing through the stacks of a used bookstore and talking to nobody in particular about his life’s mission to start a magazine that would truly influence the lives of its readers. It turns out that he’s the owner and senior editor-in-chief (EIC) of Hai Ning’s publishing company. He explains how the company has been losing too much money and unable to make a profit, so he has no choice but to close it. Zhong Wen just so happens to be conveniently at the bookstore and hears the EIC talking to himself, and finds out that the publishing company is closing.

Who’s that guy talking to?

Tian Xin asks Hai Ning if she feels like her how social experiment was a big ol’ waste of time since she’s not publishing the book nor did she find a husband. Hai Ning says at least they met Universe. That’s true, I guess. Tian Xin continues to ask if there wasn’t even one other dude in the 100 guys that she liked…ya know, besides Zhe Ming and Zhong Wen. She doesn’t have an answer, so she just quickly changes the subject to ask about Tian Xin and Xiao Qiang’s plans for divorce. Smooth, Hai Ning.

The EIC drops by the publishing company for a surprise visit. When talking with Hai Ning, he gets all philosophical about the merits of writing and publishing books, and she figures that he wants to talk about the book. She tells him that the meaning of the book has already been lost on her, so she can’t publish it. He asks her what the meaning was to begin with, and she says it’s to figure out why modern people want to get married. And by the end of it all, she just couldn’t figure out the answer. EIC tells her that maybe her inability to find the answer is the answer. Whoa…wisdom.

EIC takes Hai Ning to the company’s warehouse, and she’s shocked to see the entire stock of their books gone. He tells her that those books had been sitting her collecting dust for too long, and they have either been sold or recycled. He tells her that it’s time to close the company, and Hai Ning immediately thinks that it’s all because she doesn’t wanna publish the book. Ugh, the world doesn’t revolve around you! But she’ll never learn, will she? EIC helps to set her straight and tells her that it has nothing to do with her or her book. 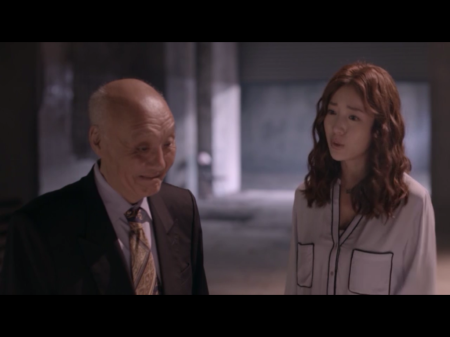 Blame it on e-books.

While Hai Ning’s having her heart-to-heart chat with EIC, Zhong Wen has recruited all of the publishing company’s employees for a secret mission. He wants them to help Hai Ning remember the passion she previously had for her book and work. How are they gunna do that, you ask? Why they’re going to find every edition ever printed of the company’s magazine. Ah Fa is a little skeptical that Zhong Wen’s doing this just to win Hai Ning’s heart, but he assures them that he’s not.

Do they even know him?

I guess Hai Ning is running out of friends, so she goes to Universe to vent about her frustrations about the company closing. He tells her that if she’s allowed to give up on the book, then EIC is allowed to close the company. Hai Ning pouts and says that those are two totally different things. Universe starts talking about how this is all related to Hai Ning being scared of marriage because she can’t accept divorce. Apparently Universe would totally accept it if Bei Bei wanted to divorce him because he thinks it’s a natural part of the marriage process. But before Hai Ning can defend herself, she gets a call from Tian Xin that she’s in labor!

After Tian Xin gives birth, Hai Ning runs into Cheng Hao in the waiting room. One last cameo, right? He’s here because Pei Pei also just gave birth. Hai Ning tells him that EIC has decided to close the publishing company. When he asks about the book, she tells him that she’s not publishing it. So he tells her that the most important thing is whether or not she believes in marriage, and not if she understands it. He advises her to just write her real thoughts and beliefs in the book, instead of trying to find an answer for everything. No wonder Cheng Hao was a bestselling author. Dude knows his stuff. They part on friendly terms with them both wishing each other happiness in their lives. 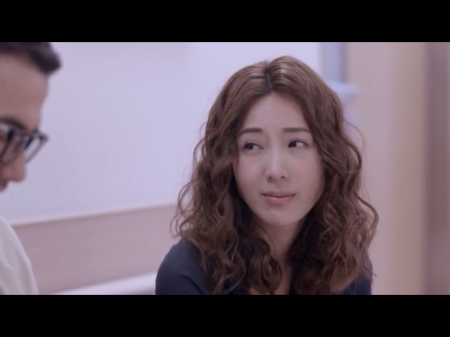 Hai Ning gets a text from Ah Fa to meet at work, but he’s nowhere to be seen when she gets there. Instead, she sees the entire office decorated with lights and every edition ever published of the company’s magazine on the walls. Hai Ning tearfully looks at the magazines, reminiscing about her time at the company. When she makes her way into her office, she sees one more magazine on her desk alongside a note. In the note, Zhong Wen writes that he found every magazine for her because he believes that even if everything eventually disappears, they can still retain some of it with enough hard work. He doesn’t care whatever her decision is because he just wishes her happiness. Aw, cute.

Hai Ning gets interrupted by Zhe Ming’s butler, who is here delivering a gift (more magazines) and a thermos of chicken soup to her. He tells her that a couple of days ago, Zhong Wen came by to Zhe Ming’s place. Zhong Wen immediately threw a punch at Zhe Ming, but he was able to dodge it. Zhong Wen explains that when he was in high school, he and his friend liked the same girl. So, they came up with this dumb as hell rule that whoever got punched first by the other guy would be allowed to confess first. If that’s the case then, Zhe Ming asks if he has made the decision to give up on Hai Ning. Hey, maybe Zhong Wen just really wanted to punch him? 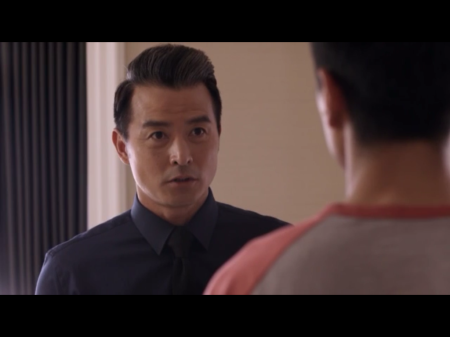 Zhong Wen answers the question by successfully punching Zhe Ming in the face. The fight scene that ensues afterwards is one of the funniest and lamest ones I’ve seen. The two dudes get into a pissing contest about who loves Hai Ning more, while throwing out more wimpy punches. Zhe Ming argues that he can offer Hai Ning stability and security, and Zhong Wen says that he will allow her to be herself. After the fight, Zhong Wen explains that he doesn’t have the money to do anything extravagant and fancy for Hai Ning, but he can at least do this for her. He then leaves behind two of the magazines for Zhe Ming to give to her. But before Zhong Wen leaves, Zhe Ming reminds him that he shouldn’t give up so easily.

After hearing the story, Hai Ning makes her decision and runs out of the office to Zhong Wen’s workplace. They see each other right before he bikes off to deliver a package, but no words are exchanged. After a moment’s hesitation, Hai Ning borrows one of the bikes to chase after him. When she catches up to him, she yells at him for how immature he was in fighting Zhe Ming. He tries to ignore her and leave, but she calls out for him to stay. 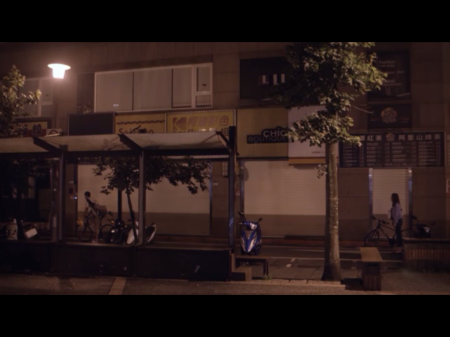 She calls out that she doesn’t need his blessings because she needs him to give her happiness. Zhong Wen wins! Go collect your bet money. She continues that the purpose in her writing the book was to find out the thought process behind marriage because she doesn’t believe in it. Zhong Wen asks her if she’s found her answer, and she shakes her head no. She tells him that there is no answer to be found, so that’s why she has to act a little irrationally. He then asks her if he can irrationally ask her to repeat what she previously said to him.

The answer is love.

Hai Ning: He Zhong Wen, can you give me happiness?

Zhong Wen: Li Hai Ning, will you marry me? 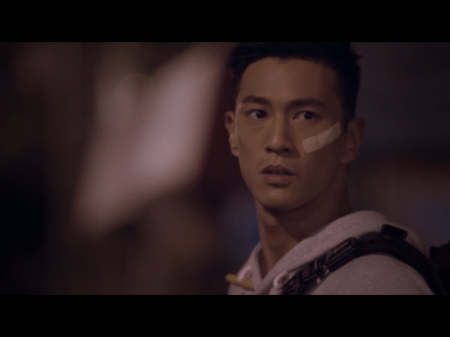 Whoa, hold on just a second there. Even Hai Ning laughs at him and says that proposing is a little ridiculous. Zhong Wen asks if she didn’t chase after him to hear that exact question. She says of course not. What she wants is for him to go over her final draft for the book. He asks her if that means she’s willing to publish the book as the company’s final publication. The answer to that is a yes! 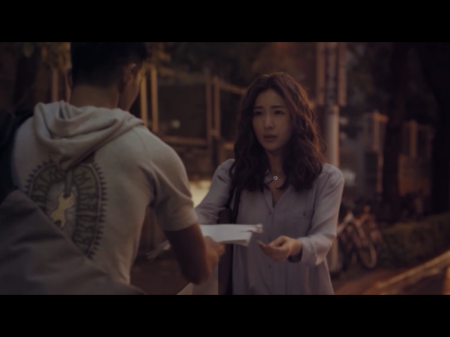 In the planning meeting for the book, Bei Bei says to Hai Ning that she once told her that every time you a publish a book, it’s like finding an answer for yourself. She asks Hai Ning what was the answer she found out from this book. Hai Ning replies that it was courage.

Final marriage candidate, Li Hai Ning: Marriage-matchmaking is both an end and a beginning. To end requires courage, but to begin requires belief.

Hai Ning’s mom swings by to tell her that she and the Japanese CEO are getting married in Japan. No worries though because they’ll be back in Taiwan afterwards to hold a proper Taiwanese wedding ceremony.

Tian Xin and Xiao Qiang call off the divorce after the birth of their son.

Ah Fa and that new editor are getting married! Sorry…dunno her name.

Bei Bei was the one who proposed to Universe. You go, girl!

After the publishing company closed, another one is opening it its old space. 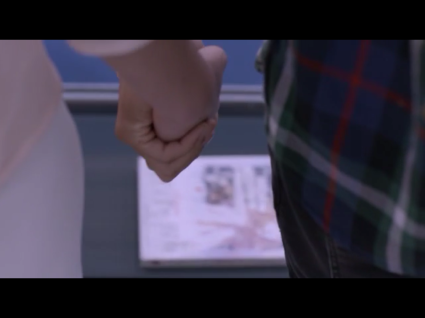 Now that Hai Ning’s “Mr. Right” has been found, do you think that Zhong Wen was really the one for her? Or were you on Team Zhe Ming? I think this is one that has to be discussed in the comments haha.

Thanks to all our wonderful readers for showing so much love for the Mr. Right Wanted recaps! We hope you enjoyed keeping up with Hai Ning and all 100(!) of her eligible and not so eligible bachelors. You can read more about who Estelle and I thought was Hai Ning’s “Mr. Right,” as well as our overall thoughts and opinions on the drama in our upcoming series review!