Excuses and even more excuses.

Covering all the bases…

Seriously, when is Hai Ning’s book going to be done because she’s STILL going on dates. I don’t know about y’all, but I have absolutely zero interest in any of these random dudes. I guess Hai Ning is feeling that way too because she keeps imagining that it’s Zhong Wen in front of her. After multiple episodes of just sitting around wondering where the hell he disappeared to, she finally makes an actual effort to go find him.

Hai Ning goes to Zhong Wen’s workplace and finds out that he has been showing up to work this whole time. Welp, guess he was just avoiding her then. But he did leave behind an invitation to his art show for Hai Ning. When she gets there, she sees that she’s prominently featured in his photographs. Zhong Wen goes up to her, and the first thing he says after avoiding her for weeks(?) is that he wants to go on one of those marriage blind dates with her. Hai Ning’s response: Huh?

She rejects his request, but Zhong Wen won’t take no for an answer. He later messages her on the Facebook ad to go through the “proper channels” of asking her out. Hai Ning thinks to herself that she doesn’t want to lie to Zhong Wen, but she’s not prepared to tell him about the book either. But her selfishness ultimately wins out when she figures that his criminal past would make a great chapter in her book, so she says yes to him. Ugh… 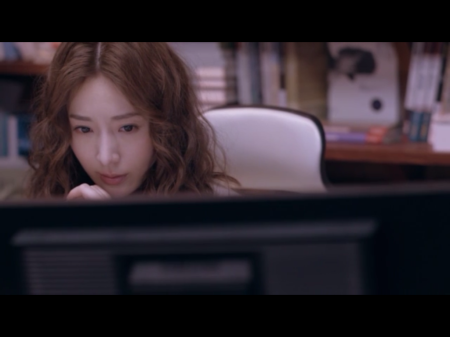 Who needs friends when you got a book?

On her date with Zhong Wen, Hai Ning jumps right in to ask about his criminal past. He tells her that he works really hard to come off as a open-minded and carefree person, but was afraid that she’d think he was a liar when she found out about his past. He even admits to her that he always get jealous when he sees her going on dates with all those dudes. Thinking that he can only have a future with Hai Ning if he tells her the truth, he reveals his shady past to her.

FLASHBACK! In Zhong Wen’s senior year in college, his father and mother fled their home because of a massive debt they had. Zhong Wen was left behind because his father said he was old enough to take care of himself. He got a job taking sexy pictures of girls for some online dating website that’s secretly a front for a golddigger-fraud ring, meaning the girls go on the dates to swindle money out of the unsuspecting guys. When the fraud ring finally got busted, Zhong Wen got sent to prison for 18 months. (Oops, I previously said that he was imprisoned for stealing a car. My bad!)

After hearing his story, Hai Ning tries to gently let him down by telling him that all of this is for a book, and not marriage. He immediately asks if all her suitors knew about this too, and she says no. Zhong Wen angrily tells Hai Ning that she’s using them then, and cheating them out of their real feelings and emotions. Preach it, brother! But of course, Hai Ning gets all defensive about it, and says that she’s done nothing wrong here. Ugh. GTFO. 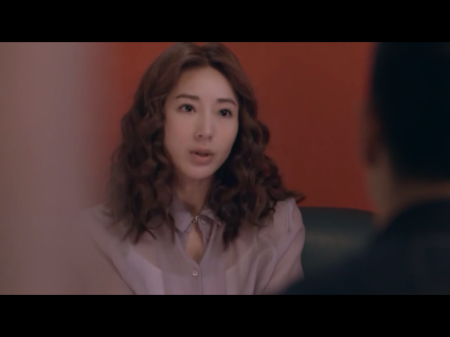 “I’m Hai Ning, and the world revolves around me!”

Hai Ning keeps defending herself, and saying that she’s totally right about everything…per usual. Zhong Wen just lets her blabber on. She gets annoyed that he’s not saying anything back to her, so she blurts out that she told him about the book, so why didn’t he tell her about his criminal past. Uh, two different things here! Zhong Wen replies that he’s not obligated to tell everyone. And Hai Ning is offended that he included her in “everyone.” Get over yourself, Hai Ning; you ain’t that great. 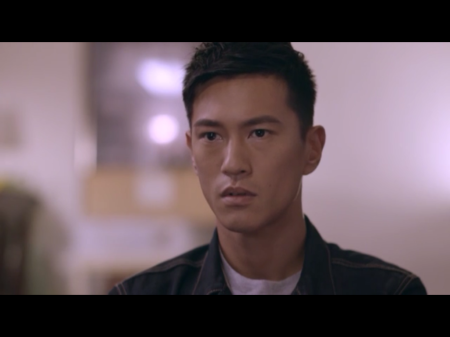 Hai Ning finally does what she should have done a long time ago: get all of the suitors’ permission to be used in her book. She even has the nerve to say that if she doesn’t do this, then she can’t publish the book with a clean conscience. Ha! The publishing company isn’t completely on board with the idea at first, and they comment that Hai Ning has changed a lot lately. The old her wouldn’t have given two craps about something like this. Hai Ning’s all like, “Hehe, maybe this is the real me!” Ewww, no.

Wipe away that smug look.

They all go around finding the suitors to give their permission for the book. A lot of them says yes, which is quite surprising. When it’s time to finally meet Zhe Ming about it, he tells her that he already knew about the book. He makes it into another attempt to win Hai Ning back, and tells her that he’s willing to do anything for her. He even asks her if she’s willing to return to him, or more accurately, his world. Gross.

As Zhong Wen is biking around town, he sees Hai Ning in the cafe with Zhe Ming. He obviously becomes disappointed but whyyy? Dude, you can do so much better! What he didn’t hear is Zhe Ming asking her for another chance, and him promising that he’ll let her be herself. Hai Ning thinks to herself how can she tell if the person in front of her is being 100% honest? Yeah, probably not.

Bei Bei purposely photoshopped out an author’s beauty mark because she’s convinced that it’s fake, and it would go against the book title, The Real Me. Obviously she gets in mad trouble for it because it’s frankly none of her business…yet she doesn’t think she’s wrong.

Hai Ning thinks that Zhong Wen might be her “destined love” that the shaman spoke about a couple of episodes ago. Run, Zhong Wen!

Not a good look for Zhong Wen.