Oh jeez, another crazy one…

Next up on Hai Ning’s long list of suitors is the superstitious taxi driver, Liu Song San, and he’s desperate to find a wife. When I say that he’s superstitious and desperate, I mean it. He wants a wife so badly that he prays to all the gods of all the religions in hopes that they’ll send a woman to him. He tells Hai Ning that she might be the destined girl for him, and convinces her to go see his shaman with him.

At the shaman guy’s office, he’s able to accurately describe Hai Ning’s life. Is he for real then? Hai Ning isn’t all that convinced, but she does pay more attention when he starts talking about her relationship forecast for the year. Yeah, we all know who she’s thinking of. Shaman guy says that she’s going to meet her fated man today, and Hai Ning responds with an eye roll. Even though she acts like she doesn’t give two craps about it, she still asks the guy to describe what this mystery man is like. Apparently he’s going to be at least 15 years older, mysterious, and has a lot in common with her. 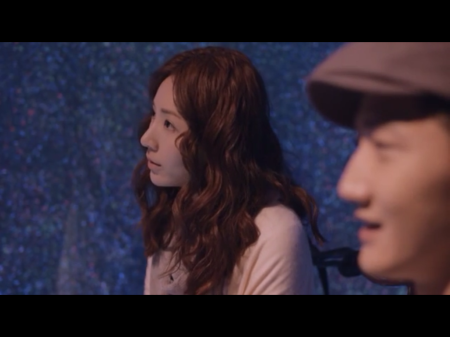 How did you know…

Song San chases after Hai Ning when she leaves the shaman guy’s place. She’s annoyed and tells him that she doesn’t have any feelings for him, so he can stop wasting his time on her. But he’s still convinced that the shaman is right and he will find his destined girl today. Hai Ning advises him to drive around for the rest of the day, and maybe he’ll meet her later. Song San agrees that it’s a possibility, and he’s destined to marry Hai Ning, he’ll definitely see her again today anyways.

After Hai Ning and Song San go their separate ways, they both go about it at finding their respective destined loves. Hai Ning looks at all the men that she frequently comes into contact with, and quickly dismisses all of them as THE guy. Yeah, yeah okay. You just want it to be Zhe Ming. 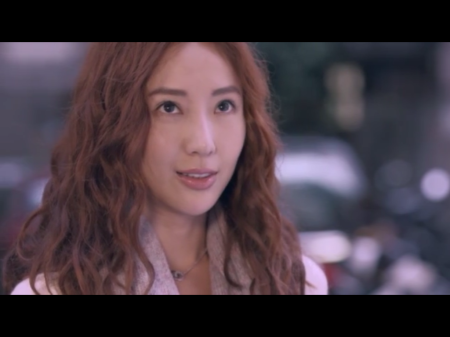 On the other hand, Song San looks at every woman he sees as the potential girl for him. He even goes as far as telling all his female passengers that they could be his future wife. Too bad for him though because it has the opposite effect, and all these passengers call the cops on him for harassing them. A female cop shows up to question him after the complaints, and he even asks her if she’s single. Cop lady tells him that if he doesn’t stop with his inappropriate questions, then she’s gunna arrest him. When she reaches for her handcuffs, she can’t find ’em.

Gotta work on that flirting game.

Song San is driving around looking for those missing handcuffs because he apparently doesn’t having anything better to do. Or maybe he’s just a really nice dude. Who knows. He looks for a LONG time because it’s already nighttime when he gives up on the search. Cop lady is pretty damn inconsiderate though because the cuffs have been found, but she didn’t bother to let Song San know. His day just keeps on getting crappier when he goes to get his parked taxi, and it’s gone.

No good deed ever goes unpunished.

Where did the cuffs go, you ask? Why it turns out that Universe and Tian Xin randomly found them on the streets, and decided to try them on for fun. Um, okay. Conversation quickly turns to Hai Ning going to see shaman guy and how he said that she was going to meet the love of her life today. Yawn…I rather hear about Universe and Tian Xin’s day together. Tian Xin is convinced that the person is going to be Zhe Ming. Coincidentally enough, Zhe Ming texts her at the exact same time to ask her to get a late night meal with him after he flies back into Taiwan tonight at 11PM. Hai Ning feigns indifference to it, but please we know better. Meh.

Hai Ning literally runs out of the office at night to go to the airport to meet up with Zhe Ming before midnight. So much for not being superstitious, right? But before she can hop into a taxi, Zhong Wen shows up to remind her that she promised to help him go through his photographs for an upcoming competition. She says that she has something important going on at the airport, so they can discuss the photos on the cab ride there. The cab they get into is Song San’s stolen one! How did Hai Ning not recognize all the religious stuff in it?! Probably too busy thinking about Zhe Ming. 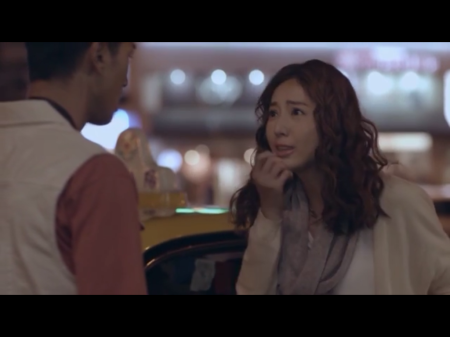 After what seems like forever, Zhong Wen and Hai Ning finally realize that the taxi driver took them to some deserted part of town that is definitely not near the airport. The guy gets out of the taxi and forces them out by holding a gun to Hai Ning. He demands all of their money and valuables, ditches them there, and drives off with their stuff. 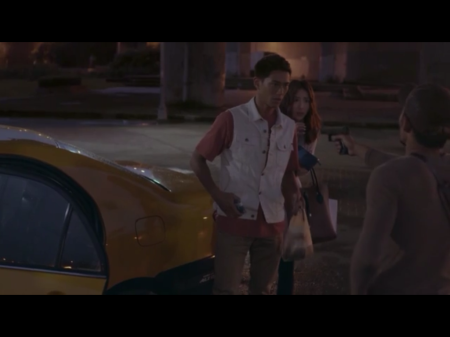 Both Zhong Wen and Hai Ning are relatively calm for having just been robbed at gunpoint. As they’re walking back into town, she even tells him that she was stupid enough to believe that shaman guy. She admits to him that she thought that the “friend” that she’s meeting up with at the airport could be be her true love.

While they’re reporting the robbery at the police station, the officer tells them that Zhong Wen needs to stay behind for additional questioning. When Hai Ning asks why, he tells her that he has a previous arrest record. She keeps asking Zhong Wen what he got arrested for, but he just remains silent.

Song San and cop lady are getting something to eat together because she has to help him find his stolen cab. She asks him what his religion is, and he tells her that he believes in everything because he wants to use that collective power to help him find a wife. He also tells her that he’s never had a real girlfriend before, but he did have a classmate in college that he really liked. When he finally gathered up his confidence to give her a call, she answered and then there was immediately an earthquake. Oh damn, no wonder he’s so superstitious.

As they’re eating and chatting away, a taxi pulls up next to the food stand. Song San immediately recognizes the cab as his missing one. Cop lady pulls some quick karate moves and has the thief subdued and arrested. After all that excitement, Song San asks her out on a date and she agrees. 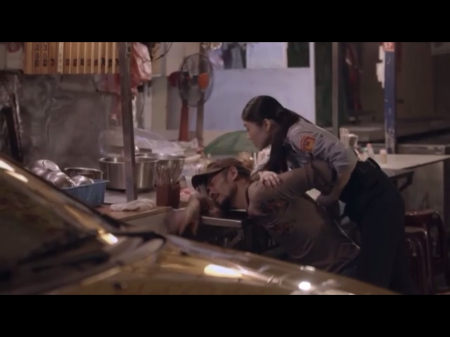 Hai Ning is still at the police station waiting for Zhong Wen after he gets taken away for further questioning. She does, however, keep looking up at the clock to see that it hasn’t passed midnight yet. Cop lady brought all their stolen stuff back to the police station, and the officer tell Hai Ning that she can leave now. When she asks where Zhong Wen is, he tells her that he already left 10 minutes ago. She also asks what he was previously arrested for, and it was apparently for car theft. 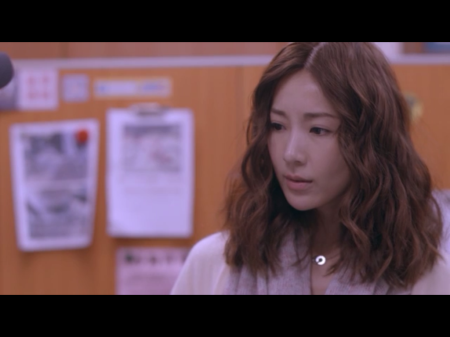 Hai Ning calls Zhong Wen, but he doesn’t answer. In the cab ride home, it’s midnight so she missed the chance to meet her true love today. As she looks through Zhong Wen’s camera that was recovered from the stolen taxi, she sees that he has taken a lot of pictures of her. She thinks back to what Song San told her earlier that if you’re destined to be with someone, you’ll definitely meet again with them. 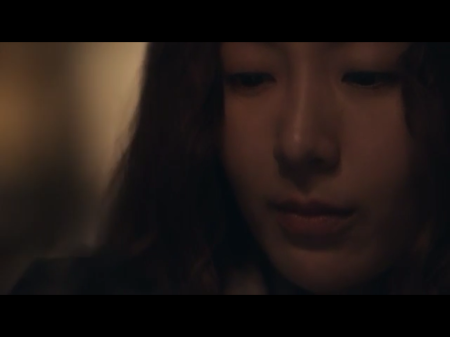 FLASHBACK! Cop lady is studying in her dorm room when the fire alarm sounds. She wakes up all her roommates to leave the building with her. Right as she’s getting out the door, she receives a phone call [from Song San!], answers it, and then runs out the door without saying anything else because there’s an earthquake. So I guess they really were destined to be together! Yay for happy endings!

When did he take this?

After getting Zhe Ming’s text about grabbing a bite to eat together, Hai Ning purposely doesn’t eat for the rest of the day even though she’s starving. Saving her appetite for him? Not worth it!

Ah Fa stakes out in his van to catch Bei Bei and Universe secretly meeting up to go on a date. Get a life, dude.