Once a bro, always a bro.

If I had to say what the overall theme and motto of the first half of the drama is, it’s definitely, “We’ll be together forever.” It’s actually quite obvious since they pretty much say it like every other scene. Whether they were just that naive or optimistic, the characters really did believe those words. But for the first time, they’re having to deal with a brand new reality where they may not actually be together forever. Something tells me that separation and change is soon going to be their new reality, and their belief in that motto will be put to the test.

For a supposedly really smart guy, Chen Xun sure was stupid as eff when he handed in his incomplete college entrance exam. His reasoning? If he gets a bad score, then he and Fang Hui will be able to go to the same school. Yeah, dumb. 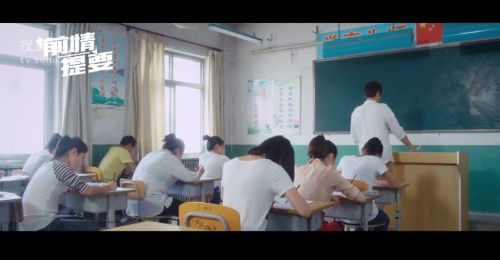 To celebrate the end of exams and high school, the entire class is having a party with their homeroom teacher. During the party, the “mean girl” (remember her?) goes up to Fang Hui to admit that she has always liked Chen Xun, but she knows that he won’t like anyone else besides Fang Hui. She bullied Fang Hui because she was jealous that she got to be with him. Then, she drops the bombshell that the person who wrote, “Fang Hui Likes Chen Xun,” on the blackboard wasn’t her, but was Chen Xun himself!

I thought it was you all along.

Fang Hui has a little too much to drink at the party and is stumbling around in the hallway when Qiao Ran comes up to her. She tells him that she just heard a secret, and asks if he wants to hear. She tells him what the mean girl told her, and that Chen Xun planned everything all along. Qiao Ran doesn’t seem very surprised and asks her if it even matters. Fang Hui says of course it matters because it was only after she saw those words did she realize that she liked him.

Qiao Ran turns the question around and asks Fang Hui if it was his name instead of Chen Xun’s up on the blackboard, would she like him? When she doesn’t answer him, Qiao Ran already knows the answer. He asks her if he can give her a hug. But when he moves his arms to hug her, she pulls away and apologizes. Ah, knife in the heart! Fang Hui walks away, and Qiao Ran can’t do anything else but watch her leave. When he turns around, he sees Jia Mo at the other end of the hallway. 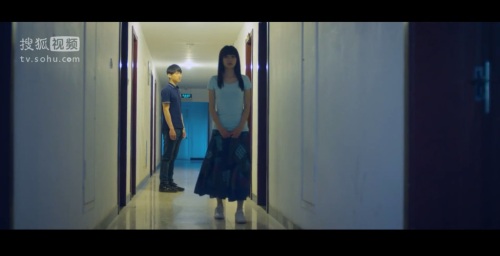 Jia Mo asks him if the essay he read in class was about Fang Hui. Qiao Ran tells her that he already knew at that point that he and Fang Hui were impossible, but he still wasn’t ready to give up. Jia Mo says that he should have told Fang Hui sooner instead of always keeping secrets to himself. Qiao Ran tells her that as a person gets older, the more secrets they have. So wise. He asks Jia Mo to help him keep this secret, which she agrees to but asks how many more of his secrets that he wants her to keep. She asks him why he didn’t take the college entrance exam. Say what now?

Chen Xun finds Fang Hui sitting by herself on the stairs and asks why she’s not inside at the party. She tells him that she just wanted to get some air and think about how they’re all going to be separated soon. He reassures her that they aren’t separating, but just going to different schools now. Fang Hui asks, what about them? Chen Xun once again repeats his promise that they will definitely be going to the same school.

Fang Hui asks Chen Xun if they will stay together forever, and he promises her yes. He’s absolutely sure that they will have a bright and and everlasting future together. She’s absolutely loving it, but I’m a lot more skeptical of all these empty(?) promises that he’s making to her. He tells her to believe him that nothing will ever change, and of course she does. Meh…we’ll see. Sorry to all the Chen Xun-Fang Hui shippers out there, but you know I’m on Team Qiao Ran!

After the party, the Fab Five head over to Qiao Ran’s place to chill. Zhao Ye goes to find the playing cards in Qiao Ran’s room, and sees the blank application form for the college entrance exams. Qiao Ran quickly tells him that it’s just an extra one because he made a mistake on his other one. The group gathers on the patio to reminisce about the past and dream of the future. They had just watched the live announcement of the 2008 Olympics being rewarded to Beijing (with much celebration, of course!), and they promise to watch the Opening Ceremony together. Fang Hui wonders aloud what they’ll be in like in 2008. 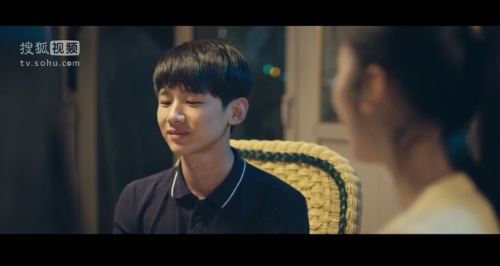 While everyone is sleeping in Qiao Ran’s living room, he comes over to fix Fang Hui’s covers and sees that Zhao Ye is still awake. They go out onto the patio to talk, and Zhao Ye already knows that he was lying to him earlier about the blank application form. Qiao Ran reveals to him that he doesn’t plan to go to college in China, and instead will be going to England to be with his mom. Zhao Ye says that he should have at least told them beforehand, but Qiao Ran tells him that there are just some things you can’t say aloud. The Fab Five breakup. Sadness. =(

Fang Hui sees on the class’s online discussion forum that their teacher (the mean one) has been hospitalized. She, Chen Xun, Jia Mo, and Zhao Ye go together to visit her, but no one has been able to get a hold of Qiao Ran. When Fang Hui leaves the room for a moment, Chen Xun sees flowers and and a card signed by Qiao Ran, and finds out that he wanted to come by to visit and say goodbye to their teaching before leaving for England. Chen Xun is hearing about this for the first time, but Jia Mo and Zhao Ye already knew.

After their visit, Chen Xun asks Zhao Ye when he found about Qiao Ran leaving. He tells him that he also just found out the other day, but Qiao Ran told him not to tell anyone. Annoyed that he was kept in the dark about it, Chen Xun calls up Qiao Ran to meet him at the school basketball court. They play a game of 1-on-1, but Chen Xun gets angry when Qiao Ran doesn’t really try. Qiao Ran says that he can’t win against him anyways, but Chen Xun argues back that it’s not that he can’t win, but he won’t try. He tells Qiao Ran that it’s always his style to just run away from his problems. Oh snap.

OH NO YOU DIDN’T.

Qiao Ran is visibly angry from Chen Xun’s comment, but he’s not done just yet. He goes on about how Qiao Ran will never be able to beat him because he doesn’t have the guts to compete against him. Qiao Ran grabs Chen Xun’s collar and tells him that until they get to the end, he shouldn’t be so confident that he’s won. He continues that he never thought of Chen Xun as competition before, but if he ever does, Chen Xun might not win over him. So. Much. Tension. They’ve gotta be talking about Fang Hui, right?!

After that tense confrontation on the court, things settle down really quickly. Chen Xun says that they’ve never fought before. When Qiao Ran asks if he wants to start now, Chen Xun says that if they don’t do it soon, it might be too late. Chen Xun wishes him well in England, and reminds him that they still have to watch the 2008 Olympic Opening Ceremony together. Qiao Ran tells Chen Xun to look after their friends for him. Sigh, I’m missing him already.

That night, as Qiao Ran is preparing for his move, he flips through his photo album with all the pictures of the Fab Five. He then goes to their classroom, and stares at the blackboard where he has written, “Qiao Ran Likes Fang Hui.” SO SAD. He’s sad, I’m sad, everyone’s sad.

If only this was what was written.

Qiao Ran purposely leaves earlier on the day that he’s flying to England because he doesn’t want to say goodbye to his friends. He leaves them a note saying, “It’s not that I don’t care, but it’s because I care too much.” *tears* Don’t leave us, Qiao Ran!

Fab Five minus one.

His voiceover says that in their lifetimes, there is bound to be a lot of separation. Every time you leave, the goal is to be reunited again, so that’s why you say goodbye (“Zai jian” is Chinese for “goodbye,” and it literally means “see again.”). But in reality, the world is too big, and those people who say that they’ll be together forever may never be reunited. He says that “goodbye” isn’t a parting phrase, but a promise. That’s some classic beautiful Qiao Ran wisdom for ya. 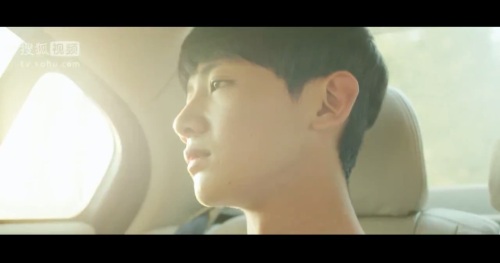 Zhao Ye is busy painting ceramic figurines to give to Jia Mo. He’s planning to officially confess his love for her. I forgot that he never actually told her he likes her. In the middle of his preparations, he gets a call from Su Kai saying that he’s back in town. Better get that love confession out soon!

At their post-exam/graduation party, the entire class sings Emil Chau’s “Friend/Peng You” on the karaoke machine together. Good song!

Chen Xun scored a less than ideal score on his exam, and his parents know that something’s not right with it. He still reassures Fang Hui that they’ll be going to the same school.

After finding out that Qiao Ran is leaving, Fang Hui attempts to type a letter for him. All she had written was, “Qiao Ran, I’m sorry,” before deleting it.