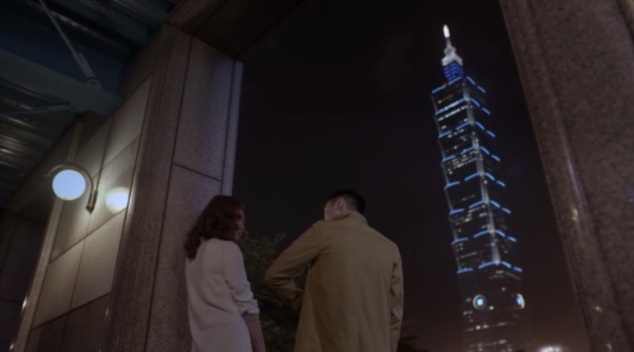 Finally, a good one!

Out of all the suitors that Hai Ning has met so far, the one, Mr. 45, is by far my favorite. Too bad though because there’s no possible way she’s going to pick him. It’s not even that he has job that Hai Ning doesn’t approve of; he just seems way too cool for her. I don’t mean that he think he’s too good for, but rather he’s just too much of a “bad boy” for her. C’mon, y’all gotta admit that Hai Ning is kind of a prude. But, none of this matters anyways because we all know that she’s just gunna end up with that cheesetastic rich guy.

Another day, another suitor. Hai Ning is out on a date with her latest suitor, Xiao Ma (Sunny Wang), who also happens to be a male escort. It’s about time that she met one during this social experiment, right? He’s easily the best looking guy she’s gone out with, but Hai Ning seems put off by his profession. He reassures her that he’s here to meet a new friend, and not to make money. Hai Ning isn’t convinced, but Xiao Ma is one smooth talker and tells her she can call him if she ever just wants to talk. 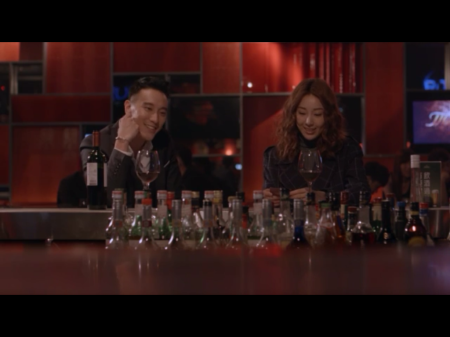 Tell me about yourself.

Xiao Ma insists on walking with Hai Ning to hail a cab because he’s a gentleman. She asks him if he’s this nice to all the girls he meets, and he tells her it’s only her because she’s very special. This guy is a pro. She wants to know why he chose to become a male escort, and he tells her that he was previously only researching the escort profession, but discovered that he could make good money as one himself, so here he is. Xiao Ma is saving up the money for his sister to get surgery. Hai Ning straight-up laughs in his face at his story…rude. 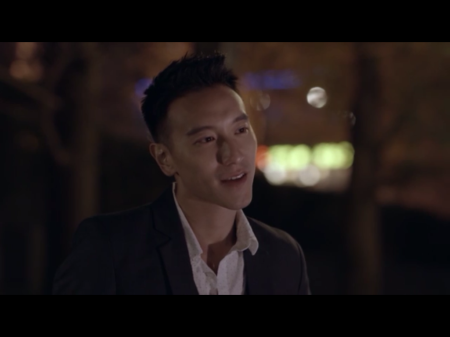 When Hai Ning gets home from her date with Xiao Ma (not an overnight one, mind you), she finds her mom waiting for her. She doesn’t seem all that happy to be seeing her mama. Hai Ning clearly doesn’t approve of her mom’s lifestyle and frequent changing of boyfriends, but her mom insists that you gotta stop at nothing to find someone who loves you. When her mom expresses surprise that Hai Ning is already 32, and not 25 like she always thought, Hai Ning takes that as a cue to go back to the office and get drunk off wine. 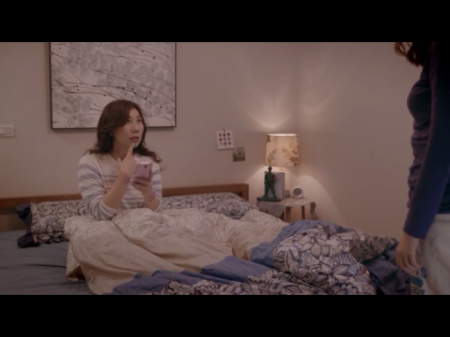 Xiao Ma calls to ask if Hai Ning is still interested to see his “workplace,” and she takes him up on his offer. I was betting that it’d be a hotel, but he instead takes her to a lounge-y bar place where they observe the other male escorts there picking up ladies. What Hai Ning learns on this field trip is that most of the customers are married women who find male escorts because they want someone who will just listen to them. 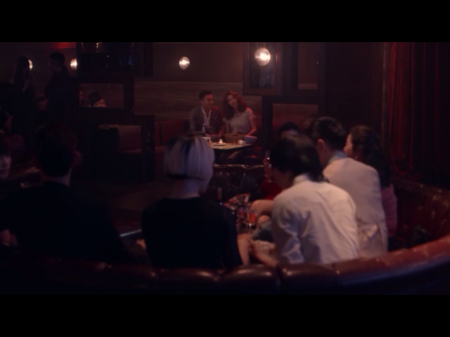 As much as Hai Ning was turned off by Xiao Ma’s profession, she sure is calling him up a lot. She takes him to a place where she and Cheng Hao used to go to (why?!), and tells him how she’s afraid that she’s becoming more and more like her mom. Xiao Ma tells her to cheer up and says that he’ll take her to a place to relax a bit. 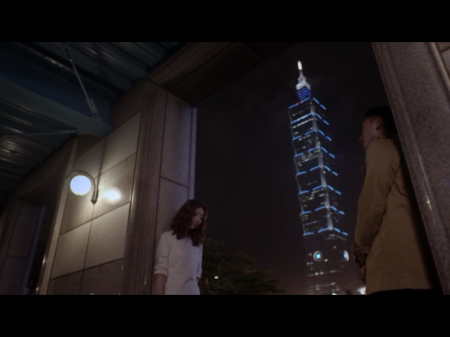 Classic HN…burdening someone else with her problems.

Not sure how much Hai Ning will be relaxing in this place because he takes her to a BDSM club. They’re just here to observe and have a few drinks though. Xiao Ma tells her that she just needs to relax and enjoy the atmosphere here, and she isn’t sure how possible that is. I didn’t know this was going to be so Fifty Shades of Grey lol. He suggests to her to just consider all of this a way of understanding another person, their likes and dislikes. Hai Ning doesn’t seem all that convinced, but she also isn’t quite as skeptical as before. 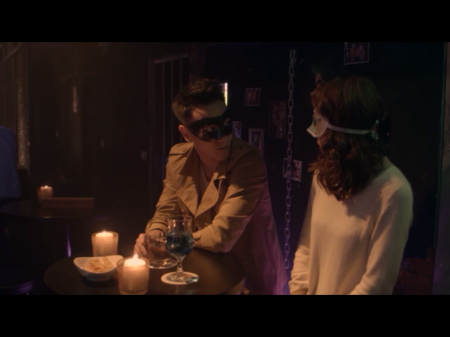 Suddenly, everyone in the club starts chanting for the “Queen” and her arrival. Xiao Ma tells her that the Queen is new to the club, but has quickly become very popular with the crowd. Xiao Ma and Hai Ning make their way to the front of the room and near the stage. When the Queen asks the audience who wants to join her onstage, Xiao Ma urges Hai Ning to volunteer. But when she turns around and is face-to-face with the Queen, it’s not so funny anymore because…it’s her mom! 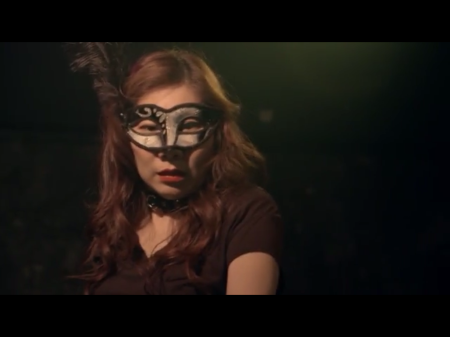 And you thought your parents embarrassed you.

Her mom explains to Hai Ning afterwards that it’s not really S&M here at the club, so she doesn’t need to act so scandalized. She tells Hai Ning that she needs to let go of some of her reservations before she can let herself truly relax. Her mom thinks that it’s about time that Hai Ning stopped being a bystander, and went to pursue her own happiness.

When Hai Ning comes home from work, she sees that her mom has left her a note and is gone. In it, she writes that she’s off to enjoy a 3-months vacation in Japan with her new boyfriend. She encourages Hai Ning to be more open. It’s the 21st century already, and women shouldn’t only be trophy wives. Her mom advises her to look past superficial things like looks, age, profession, and should just want to find someone who will truly love her. Even if it’s true love that only lasts for one night, it’s still worth pursuing. She’s confident that Hai Ning will find someone who will truly love her. Her mom gives surprisingly good advice. 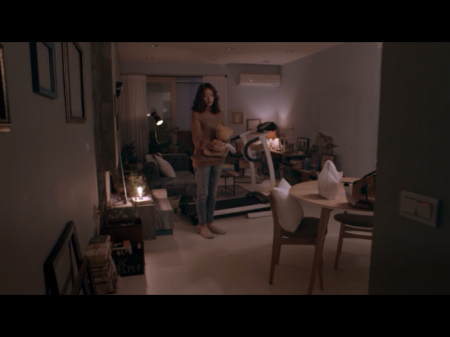 Hai Ning is once again hanging out with Xiao Ma after her mom left. She tells him that maybe it’s because she always had to take care of her mom because she’s so irresponsible, so she’s afraid of commitment and close relationships. She thinks that if she became too close with people, she will become responsible and burdened by them. Xiao Ma tells her that maybe her mom does want to take care of her, but just can’t because she can’t even take of herself. She’s afraid that she will become Hai Ning’s burden if she sticks around. Damn, this guy is good. 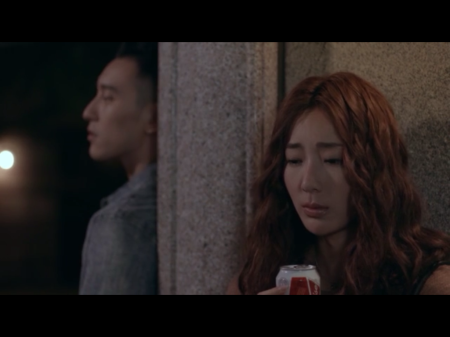 Xiao Ma takes Hai Ning to his apartment to show her what his life is really like. To her surprise, instead of it being some sexy place, it looks like a regular ol’ messy bachelor’s pad. He shows her the first draft of the paper he’s writing on the escort profession, and proves that he wasn’t lying to her. He tells her that he answered her ad because he want genuinely wanted to know why she’s going on all these blind dates. Hai Ning is about to tell him, but then sees women’s clothing in the laundry hamper. He tells her that it belongs to his younger sister, but she doesn’t believe him. 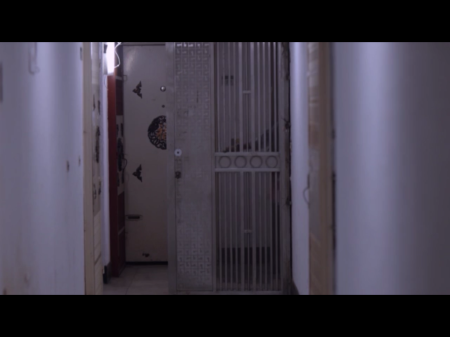 Hai Ning sees a girl get off the elevator and rings the doorbell to Xiao Ma’s place. She keeps the elevator doors open to see what happens, and sees that it really is his younger sister. She thinks to herself how Xiao Ma told her that acceptance is a form of empathy, but also love. Who is she going to accept then? 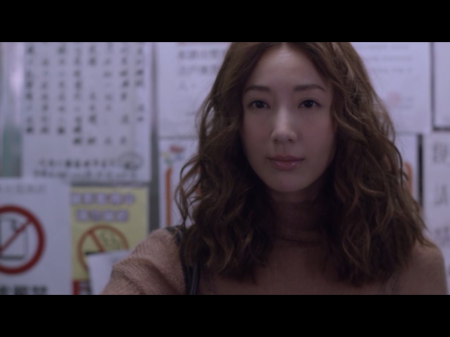 Yup, you were wrong.

Hai Ning’s mom has had 21 boyfriends since the last time she saw her. Like mother, like daughter?

During a pregnancy yoga class, Tian Xin asks the instructor for tips on how to get rid of belly fat. She does know that she’s pregnant, right?

Tian Xin can’t fit into pre-ordered wedding dress, and she’s freaking the crap out about it. But her fiance, Xiao Qiang, ends up buying the dress for her, so she can alter it as much as she wants. I put this part on the lowest volume possible because I just can’t deal with Tian Xin’s tantrums anymore. 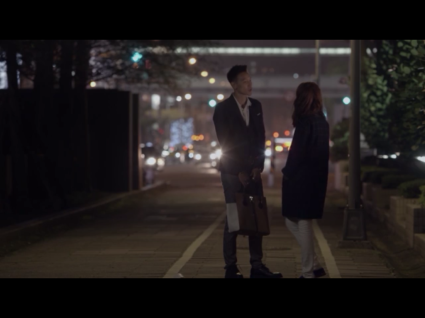 He pulls off that bag better than Hai Ning.