Balloons, champagne, flowers and a diamond ring? So last year!

Missed the last episode? Catch up on it here!

Xiao Nuo and Lei Lei haphazardly get to her workplace and she hurries off the car. Her coworker, Du Jia Jia, inquires who Lei Lei is, she says he is just her gay landlord. Somehow I feel like this is not going to end well.

Nian Nian, the princess of the group, finally got herself together and started her day at her tenth job of the year – teaching kindergartners arts and crafts. She brings with her the clay people her dad made her – which are super ugly by the way -and the children discover one of them is missing its head! Anyway, that’s no longer important because the kids all suddenly want to go to the restroom to poop and she is tasked with wiping their butts! She quickly escapes the restrooms and calls her boyfriend to rescue her. I think somebody is going to lose her tenth job.

look at that kid go! 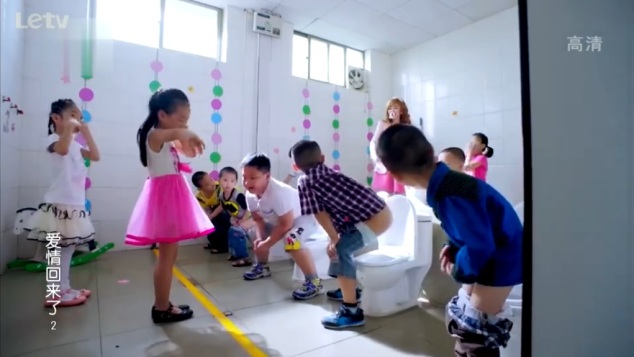 Now that everybody has seen the proposal billboards, they are all burning up Ming Liang’s phone.

mom is super happy though upon hearing the news ^^;

Finally! Jiang Yu Fan calls her up! He surprises her with balloons, champagne and cake, but there is only problem – she already guessed it before he showed her.

That’s no matter though, as he takes out a ring and proposes. She likens marriage to a life time prison sentence and asks him to “form a ball and roll outta here.” Of course, he is determined and tries again, so she suggests tossing the ring in the air and if it does not fall down then she will marry him. I can’t believe he agreed to this because it clearly will fall down. Let’s just say this guy is not the brightest bulb out there.

he even jumps for the ring and grabs it, but well, there’s a thing called gravity.

Nian Nian complains to her boyfriend about her job, and declares that she will never get married or have children. He is annoyed at her plans, but relents. She then asks for him to take another day off to hang out, and he immediately rejects. She resorts to the whole “oppa” and “saranghae” act, but only successfully attract a complaint from the neighboring diner. 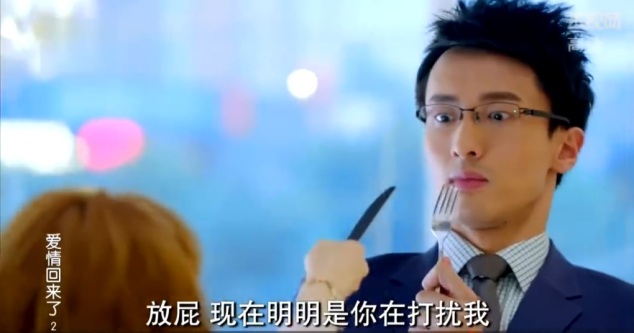 Nian Nian successfully defends herself and the diner, Fang Si Qi, moves to a different table with his blind date. She watches as the diner explains to his date the gruesome details of what she is eating (cow stomach and chicken leg) which finally irritates the date. The date gets up to leave, and Si Qi pulls her by her wrist which attracts Nian Nian’s imitation. 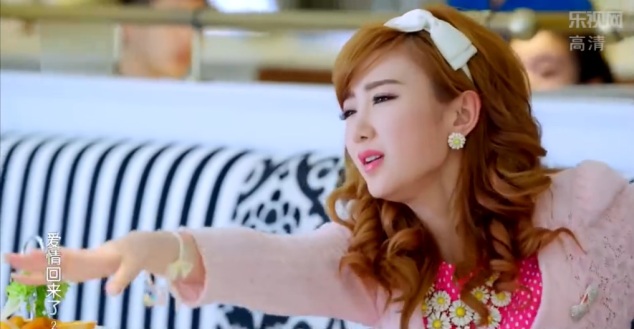 Was romance in the air? Nawh, he just wanted to give her a herbal medicine prescription that helps with cold hands and feet… (the date had excused herself because “the AC is on too high”)

Nian Nian’s boyfriend is two timing her! Right after he dissuades her from coming over to his house, he gets on the phone with another woman and promises to break it with Nian Nian when the “time is right.” To be fair, Nian Nian was not a very good future “daughter-in-law.” In her disillusioned world, she thought the bf’s mom always treated her too much like a guest and didn’t let her do anything, but c’mon that’s just Asian humility, you don’t seriously buy that, do you Nian Nian? Or is it because your parents spoil you like a princess? Hmmmmmm…. 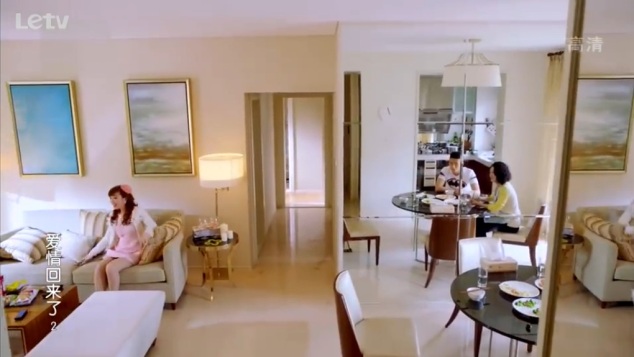 Lei Lei turns out to be a street performer and he moonlights at a bar occasionally. While he may be totally into what he is singing, he has no audience because its the afternoon shift. He does it diligently anyway because he is trying to help his friend with friend’s wife’s surgery fee. This is also the friend he bought his beat up jeep from, which was really just another way to support the friend. He’s a nice guy, but you know what they say, nice guys finish last. I hope Xiao Nuo doesn’t end up dumping him over some rich snob. 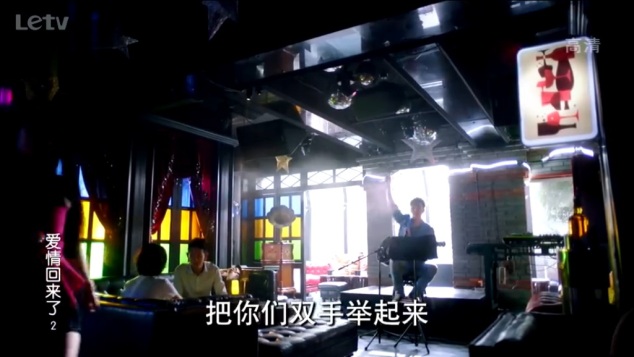 “raise your hands” this is a bit sad…

Moving on to the next episode? Wait no more, it’s right here!

boss lady gao jian and ming liang have to apologize to.