“Women should have generous hearts and disregard the sucky men of this world,” said Ming Liang to her school age daughter. –.– 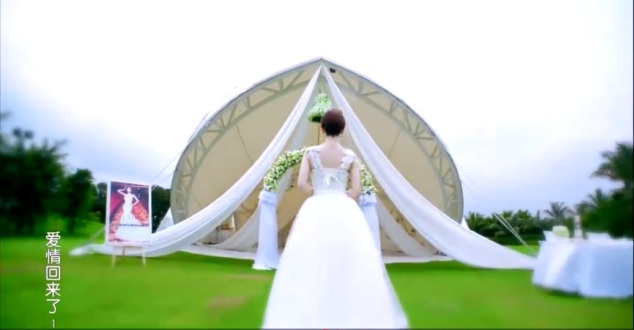 The episode opens with Ming Liang in a dream, walking up to an alter in an oddly cropped wedding dress. Of course, being a part of the 恐婚族(kong hun zu), she is not in the mood for marriage despite the attire and the eager groom in pink. She then gets dropped into some warehouse where she must combat the SWAT team who is displeased with her refusal.

clearly this was the most logical dream ever -.-

After she practices some amazing kungfu moves, she is joined by her best friends Xiao Nuo and Nian Nian, both of whom arrived fashionably late because they needed to take care of their makeup and hair (figures). They fight in true Charlie’s Angels style and secure their exit from the warehouse. But they aren’t out of this yet! A giant ticking bomb gets dropped in front of them and explodes as they run toward the door which leads to a cliff. 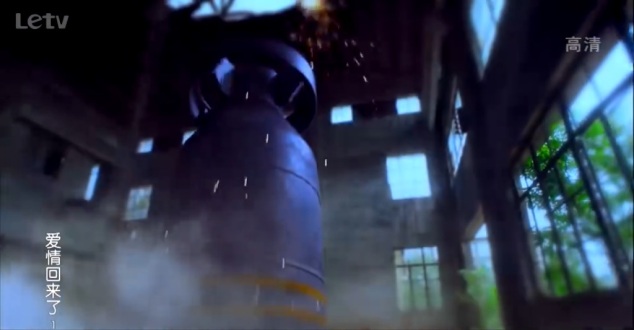 world’s biggest bomb to be dropped from an airplane.

And… then Ming Liang wakes up!

Elsewhere in the city, Gao Jian is seducing models at his latest project. The models call him “Jian Ge Ge” which is essentially oppa with his name in front. Jian sounds like the word “sleazy” (贱) in Chinese even though that’s obviously not the character for his name, but its very befitting because he is pretty sleazy. Gao Jian actually means great idea lol. He asks the models to show them what they’ve got so he can give them tips (what does he know?). He distributes some business cards to his adoring “fans” and this is all witnessed by his blind date (he asked her to meet him there, wow), whom he successfully repels. 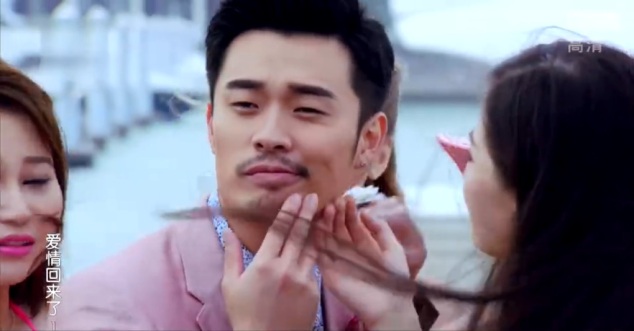 post slap by blind date. what a sleazy face!

Ming Liang finally has gotten herself ready to go post a phone call with her daughter (she has a daughter?!). She rushes to the local street intersection to catch a taxi. And who’s at the taxi stop but Gao Jian, who despite putting on the ultimate battle face has lost three taxis to other people. He pretends to get a call from his pregnant wife who is at the hospital giving birth. Ming Liang sees through this and acts as his real wife, claiming that he is a no good cheater. Onlookers corner him as she rides away in the taxi..

who is your wife?!

But, such luck did not last as Ming Liang’s taxi breaks down and Gao Jian grazes by in another taxi right after. Ho ho ho.

oh man, who is the real winner now? BOO YAH!

After Xiao Nuo’s morning visit to the real estate agency where she laments about how expensive houses are, her boyfriend, Chen Lei (she nicknames him Lei Lei), comes by in a broken down second hand jeep to drive her to work. Just as he tells her what a great deal he got the front bumper falls off and he shrugs it off by saying he will just tape it back together later…erm, probably not a good idea?

While on the bus to work, Ming Liang sees various signage asking her to “marry me.” She angrily phones her man of the hour, Jiang Yu Fan, who doesn’t pick up the phone. She gets to work and Gao Jian is already there waiting with biting comments about her upcoming marriage, implying that she should stay home and not compete with him for the VP position of their company. Turns out that she is the creative director and he is the operations manager. Dung Dung Dunnnngggg.

getting proposed to via billboards? not for ming liang!

What’s next? We will pick up with episode 2 on Friday! Stay tuned!