Mermaid comes to land in search of love. Hmm…where have we heard that one before?

Kim Ha Ni is in love with the famous chef and entertainer Kwon Shi Kyung, but there is one problem – she is a mermaid! Ha Ni is confident that as long as she can get on land (and to his hopping party), Shi Kyung will fall instantly in love with her. She is going to have some competition though because Yoon Jin Ah has been eyeing Shi Kyung as well as almost all the female crew members. Jin Ah has a boyfriend though, but he is unemployed and “good for nothing” in her mother’s eyes. Will Lee Hyung Myung find a job and keep his girlfriend away from Shi Kyung so the mermaid story can come to its fairytale ending, or will there be a new love story brewing?

Anna: I really didn’t have any intentions of watching this drama, let alone any kdramas right after the 32-episodes trainwreck that was Hotel King. I ended up watching the first three eps, hoping that it would be a fluffy filler drama that I can watch when nothing else is on. I’m happy to report that it is exactly that! Coming in with extremely low expectations, I was pleasantly surprised that this drama relies more on sarcasm than the usual gags of kdramas for its jokes. They are also quite crude, if that’s something that might bother you. I personally don’t mind it and thought it added to the silliness of the drama.

The special effects, if any, in this mermaid drama are nothing to brag about. And there are definitely a couple of puzzling aspects to the characters and plot that don’t make a whole lot of sense. Still, those things didn’t completely detract from the first few episodes. In fact, by having such a low quality to the drama, I was sort of reassured that this was probably going to be a silly drama that isn’t going to take itself too serious. If the drama does suddenly take a turn for the serious, I’m going to have to bail on it. I’m not in the market for another Korean melodrama, so I will only continue to watch Surplus Princess if it remains silly and fun. I’m still probably not going to be keeping up with the episode releases though because this isn’t an impressive drama by any means. You probably won’t regret watching a few episodes of this, but you also won’t be missing out on anything amazing either if you decide to skip it. 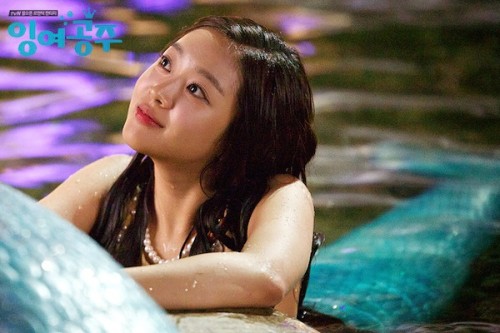 Estelle: I want to say I love it because this show sounds quirky and crazy! But writing this after first watching it a few weeks ago, I’m scratching my brain trying to remember what happened in the first two episode. All I can think of is that the main character is a mermaid, which is no secret anyway, and I could have learnt that by simply looking at the poster or hearing the drama name. This is a bit disappointing to say the least, because if I can’t remember anything about it (aside from funky animations) it means it is really meh.

Like Anna said, the special effects is nothing impressive, especially when I can see Jo Bo-ah “swimming” with her elbows in shallow water where her fake tail is visible for all to see. I mean CG department, did you get lazy? Or is that not a thing in Korea? Or is this some sort of sarcastic humor??? Couldn’t they have at least just NOT film body shots of her from top down when she was in the shallow water? So confused. Anyway, luckily she is on land for the rest of the series or else I would be cringing the whole way through.

Is this a show you should watch? I mean it’s probably not the show of the century or anything like that, but I don’t think you would feel like you are wasting your time. There is still some silly humor that’s enjoyable and the cast isn’t half too bad. My only wish is it could be as good as the promos promised, because I’m still a little bitter with disappointment. 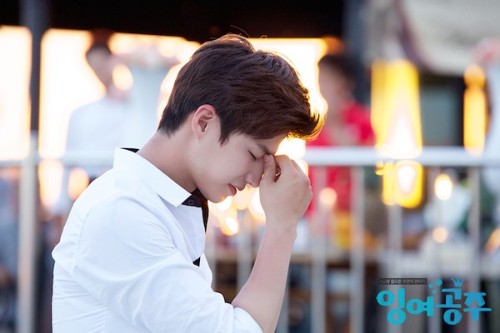 Oppa, we feel ya.