Heard of Boys Over Flowers, but don’t know what this strange Grandpas Over Flowers Investigation Team thing is all about? Well, read on to see if this is a series you should watch! 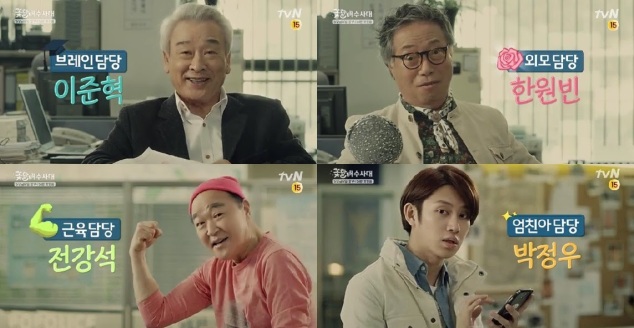 What would you do if you were partying it up one day and became old men suffering from saggy skin, hair loss and poor memory the next? Well, this is what happened to the soon to be married Lee Joon Hyuk, quintessential playboy Han Won Bin and meat head Jun Kang Suk when they dropped in a vat of blue liquid while investigating a case about the mysterious organization Goldfish. Stranger yet, Park Jung Woo remained young despite being submerged in the liquid as well. The khotthalbae (flower grandpas) must overcome their obvious dislike of each other to unveil the truth behind Goldfish, regain their youth and figure out why is it that Jung Woo alone did not age.

In the world of kdramas, khottminam (flower boys) seem to be a must, but tvN challenged that perception by continuing its theme from variety show Grandpas Over Flowers to create this fun piece starring three older actors. The cast had a lot of chemistry with one another, and it was apparent that they enjoyed the filming process. Perhaps it is because they are veterans in the entertainment industry, the show maintained a fun loving and exciting script episode after episode. Unbeknownst to me, as the series carried on the characters slowly began to take root in my heart, I started to anticipate the next episode eagerly and was sad when it finished.

One thing I must point out is that this series did not take itself too seriously, premiering and wrapping up both quietly. Perhaps it is because of this that it avoided some major pitfalls of highly anticipated shows. There were no convoluted love triangles (or squares), no backstabbing family drama and no birth secrets or crazy schemes. Maybe you will ask what is there to watch then, if not for those plot lines? I definitely invite you to give it a try if you like mystery, some serious bromance, humor and good clean family fun.

If I had to pick one downfall, then it would be that the end came too soon, but that just means it is optimal for a quick rewatch any day now 🙂

Do check it out. After all, it is only 12 episodes long anyway! 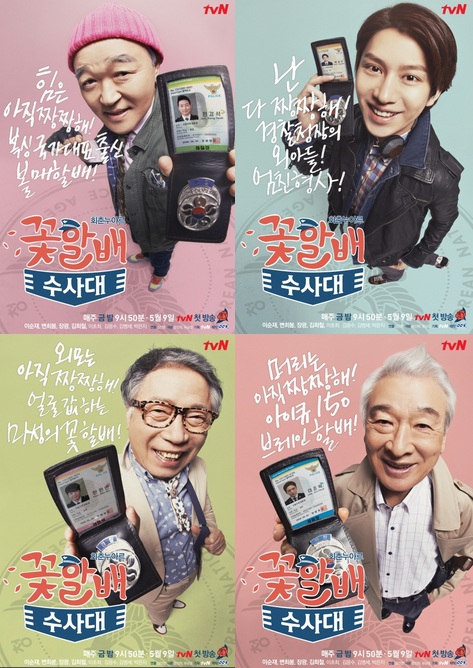