In order to save his sister in a medical emergency, the young and wealthy CEO, Feng Teng, asks one of his corporation’s new employees, Xue Shan Shan, to donate blood because she happens to share the same extremely rare blood type as his sister. Friendly and always helpful, Shan Shan, agrees to the request and becomes the Feng family’s savior. To thank Shan Shan for her help, Feng Teng’s sister arranges to have a special lunch prepared and given to her each day, instead of Feng Teng’s suggestion of just repaying her with money. Connected by their shared lunches, Feng Teng becomes intrigued by Shan Shan and her optimistic approach to life, and slowly but surely falls for this girl who’s the opposite of himself.

I had some doubts about this drama when I first heard about it, namely the whole donating blood plotline, and wondered how big of a factor it was going to be. I mean, that has got to get old at some point in a 33-episodes drama, right? After watching the trailer, however, there seemed to be enough cuteness and potential that I decided to give the drama a try. And…color me impressed! After the first two episodes*, it doesn’t appear that the drama is going to be weighed down by the donating blood plotline, and that it was merely a way to introduce the characters to one another and kickstart the story. In fact, the first episode jumped so quickly into things that the very first thing you see is Shan Shan rushing to the hospital to give blood to Feng Teng’s sister. They sure aren’t wasting time around here.

The pace of this drama is definitely a major win. Like I mentioned, it doesn’t waste any time concerning itself with secondary characters and silliness that often plague romcoms. The audience is able to dive into Feng Teng and Shan Shan’s story right away, without any really elaborate introductions. This way, you come to know and understand the characters through their interactions and later conversations, without the show having to point a neon arrow at specific things to make you pay attention. And so far, nothing in the drama seems that unrealistic, another problem that romcoms frequently have.

Zhao Li Ying is portraying the character of Shan Shan with the appropriate amount of cutesy charm that doesn’t go overboard. I’m particularly grateful for this because one of my biggest annoyances with dramas has got to be the overacting. There hasn’t been enough of Zhang Han’s character in the first two episodes to give a proper assessment, but Feng Teng seems to have more depth to him than your typical cool guy character. Hopefully, he will be given a chance to show his on-screen chemistry with Shan Shan. I’m loving Huang Ming’s character already though, and his portrayal of Zheng Qi is the right amount of fun and charisma that makes him not just another goofy sidekick/second male lead.

If you like romcom dramas that are more on the realistic end of things, Boss & Me is definitely worth checking out. It’s displaying all the signs of a fun, heartwarming romcom that will perhaps explore some deeper themes later on. I’m hopeful that this one will turn out to be in a similar style to Fated to Love You, but hopefully with less heartbreak. Not sure if I could handle another round of that. Give this a try if you’re looking for a fast-paced and cute drama that features a charming female character.

*I’ll be posting episode recaps of Boss & Me, so join me for those if you wanna know what Feng Teng and Shan Shan are eating for lunch! 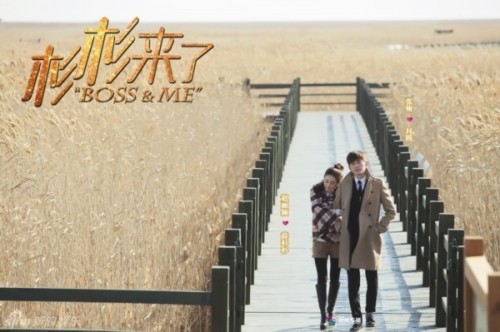 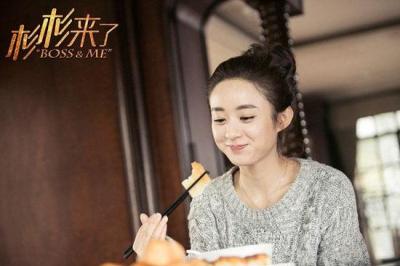