Now that You’re All Surrounded is over, what should you watch? Read on to see if you should check out It’s Okay, That’s Love!

Pssstt, the recap for episode 1 is up!

Jang Jae Yul is a successful, famous and handsome mystery writer who takes a special interest in Ji Hae Soo, a first year psychiatrist he met at a talk show. Soon after Jae Yul moves into a house shared by Hae Soo and her two roommates, Jo Dong Min, a divorced senior psychiatrist and Park Soo Kwang, a patient who suffers from Tourett’s syndrome. Will romance blossom between Jae Yul and Hae Soo under such strange circumstances? Will Hae Soo be able to cure Jae Yul’s obsessive compulsive disorder? Only time will tell! 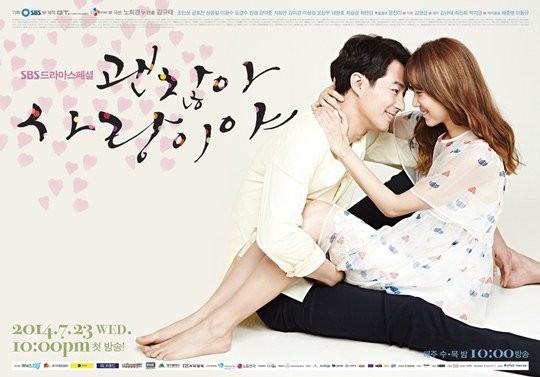 What a breath of fresh air! After the the recent dragging introductions used by Trot Lovers, Fated to Love You (Korean Version) and to some extent in Marriage, Not Dating, we have FINALLY got to a show that gets it moving right away. It was so fast paced that it even introduced a 26 months time jump in the first 15 minutes of episode 1. We don’t waste any time watching the two main characters get together because they cross path pretty much immediately, and the rest of the episode focuses on the interactions between the two of them. The script does not employ the common strategy of a misunderstanding between the two, and does not weave some completely unfathomable story line to get them together.

What I really enjoyed was the way the show introduced characters through showing, not telling. We don’t really know the relationships between the characters yet, but we can sort of guess where they stand with one another through the way they behave. Aside from the great cast, the story already started off with a hook in the first two scenes with the crossing of a character just released from prison and those attending a pool party. To top that off, the first episode ends with an epic car chase and both main characters unconscious in the middle of a cornflower field. (WHAT?)

And plus – the music is AMAZING. I would watch it just to hear the soundtrack if they keep it up! It’s that good.

Should you watch it? I would say YES! Check out the episode 1 recap when you are ready!

For now, enjoy these promotional photos! 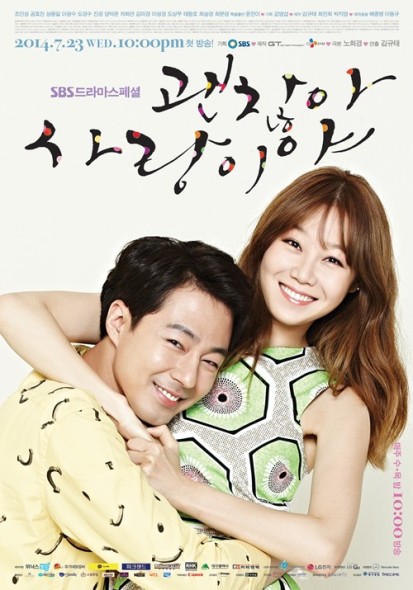