Have you heard about the new tvN drama Marriage, Not Dating/Marriage Without Dating? Wondering if you should check it out yourself but don’t want to waste 1 or 2 hours of your time? Read on to find out if this is the right fit for you 🙂

Gong Ki Tae, a successful, wealthy plastic surgeon who is uninterested in marriage is about to meet his match! But, in whom? Is it Joo Jang Mi who starts off as as Lee Hoon Dong’s girlfriend, but ends up being entangled with Gong Ki Tae through a series of misunderstandings? Or Kang Se Ah, a beautiful and equally successful plastic surgeon who has a past with Ki Tae? Or is it Jang Mi’s friend, Na Hyun Hee who is in the game to catch a rich groom of her own? Throw in the mix playboy Lee Hoon Dong and mystery man Han Yeo Reum, what will happen? Watch to find out!

I stumbled upon this drama completely accidentally because I had no intention of picking up a third Friday show. I easily breezed through the first half of episode 1 and texted Anna to give her complete recap of every funny moment that occurred. Needless to say, I was hooked! It was humorous, enjoyable and everybody was super quirky. I thought it was going great, and then it went down hill.

In the second half of episode 1, the main female character became this pathetic creature pining after a man who was totally over her. She cried about him, stalked him, and just did not get the message. It was painful to see her crying over spoilt milk. I mean WHAT happened to that spunky girl from the first half of the episode? She just suddenly became this sloppy joe of a character and was completely unentertaining and helpless. I was SO disappointed that it took me a couple of days to return to it and finish up the episode.

I did try episode 2 and successfully finished it. It did not leave me with an eagerness to continue watching the two new episodes that came out, but it also did not leave a bad taste in my mouth like Trot Lovers or Fated to Love You (Korean Version) did. The female lead finally picked herself up to regain some confidence and composure. All characters were  also introduced to some degree even though we still don’t know much about them beyond their profession and potential love interest(s). There is still a huge lack of chemistry between any of the characters, but at least I can kinda see something going on later down the line. I typically love storylines like this one, but I don’t feel particularly attached to it yet, so no ships have sailed here.

Should you give it a go? Sure, why not? If you have trouble accepting the second half of the episode, you are not alone! And it does not matter much if you skip through it because it is not essential to the plot. Give yourself a break and just jump to episode 2. 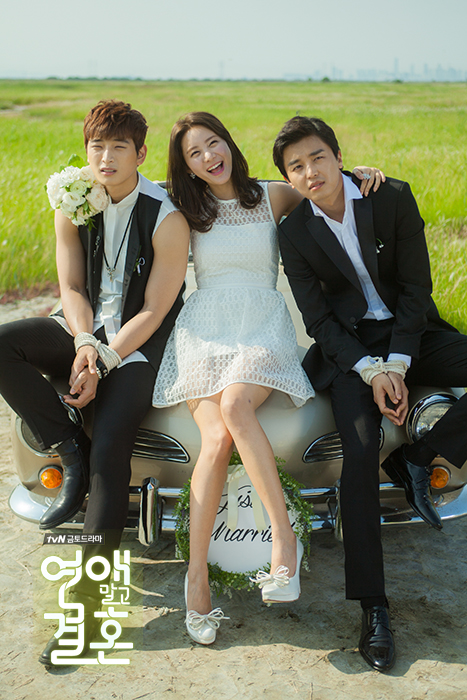 Don’t forget to tune in tomorrow (and Thursday) for the finale to You’re All Surrounded!