We’re starting a new series called, “Throwback Thursday” or #TBT, here on Drama for Real. Every last Thursday of the month, we’re going to be featuring some older dramas that you may have forgotten about or never got around to watching back in the day. Hopefully, this will help you find some old and new drama loves. For our first installment of #TBT, let’s kick things off with the much loved 2008 Taiwanese drama, Fated to Love You!

Through a series of misunderstandings, kind-hearted “plain Jane,” Chen Xin Yi, and wealthy heir, Ji Cun Xi, have an accidental one-night stand aboard a luxury yacht, leading to her becoming pregnant. Despite Cun Xi already having a serious girlfriend abroad, the two families force him and Xin Yi to get married for the sake of the baby. They both understand that this marriage is only temporary until the baby is born, but Cun Xi and Xin Yi soon contemplate whether they can become an actual family when they start to develop real feelings for each other. The return of Cun Xi’s girlfriend, Anna, further complicates matters when she learns of his secret marriage and baby. Cun Xi and Xin Yi must decide whether or not they really are meant to be together, or simply return to the way things were before their fateful encounter on the yacht.

“All I know is that when two people meet, the first time is coincidence, the second time is unintentional, and the third time is fate.” – Ji Cun Xi

Fated to Love You is a drama that has heart, something that is atypical of most Taiwanese romcoms. It has a simple enough premise that is admittedly quite contrived, but it worked in that it accomplished its mission of introducing the main characters to each other. Going beyond the initial meeting, the love story between Ji Cun Xi and Chen Xin Yi feels much more realistic and most importantly, organic. Fated succeeded in being a drama that was simultaneously heartwarming and heartwrenching, causing the viewer to be completely invested in how things will turn out in the end for the two main characters.

By maintaining a clear focus on Cun Xi and Xin Yi’s relationship, the drama never ends up being distracted by the quirky side characters and their silly storylines. Those things are fun additions to developing the overall story, but Fated is able to truly find its strength in the quieter moments, where characters reflect on themselves and others. Because the issues and difficult decisions that Cun Xi and Xin Yi face in their relationship are so realistic that when watching the drama, you may feel gut-wrenching pain in their heartbreaks but also overwhelming joy in their triumphs. There will be a lot of tears, both sad and happy ones, and I mean a lot; trust me. But that’s a sign of a great drama, one where you can identify so deeply with the characters that you feel every high and low they go through. 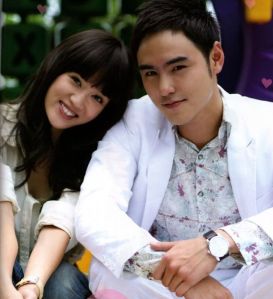 Ethan Ruan and Joe Chen had great chemistry together as Cun Xi and Xin Yi, respectively, and successfully convinced me why this seemingly mismatched couple is actually the ideal one that I didn’t even know I was waiting to see in a drama. As Xin Yi, Chen was responsible for many more of the emotional moments, and she ably conveyed the inner turmoil that her character often had. Ruan was more prone to overacting, though it never seemed particularly out of place, and he knew when to tone it down and make it count when it was needed. Like Chen, he demonstrated his character’s complexity in those introspective moments when just a simple monologue to his unborn baby said 10x more than an action-packed scene.

The supporting characters were not given as much character development as the two leads, but honestly, that didn’t bother me very much since I was much more interested in Cun Xi and Xin Yi’s story. And because Dylan and Anna had mainly functioned as plot devices instead of well-rounded characters for much of the series, it was difficult for me to summon the energy or emotions to care when it came time for their plotlines.

If you want to watch a drama that has real emotions and not one that will just pander to the audience, this is the one for you. While it’s impossible for real life to mirror a drama completely, elements of Fated and its characters may just remind you of something in your own everyday life. Fated to Love You is a beloved drama for good reason. Because the romcom genre is often portrayed as frivolous and without much depth, when a drama like Fated is able to shed that label, it deserves to be applauded. 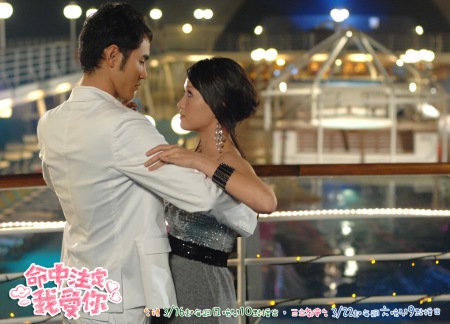 Fated to love you. ❤

Watch Fated to Love You here!