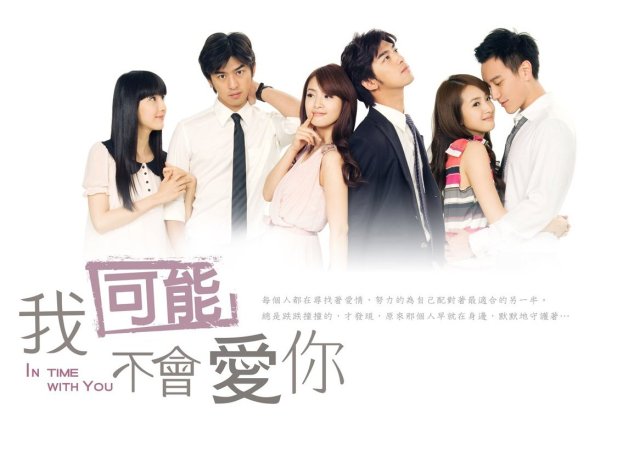 everyone is looking for love, looking to find the best match for ourselves. while we are being clumsy, we suddenly realize that that person has been waiting for us quietly all along.

On the morning of her 30th birthday, Cheng You Qing receives an email detailing the signs of premature aging from her best friend, Li Da Ren. You Qing, a modern successful woman, thinks its unfair that men are treated like fine wine that will get better with age while women are like grapes that will wither into dry raisins as years go by, so she makes a bet with Da Ren to see who will get married first. She seeks suitable marriage candidates around her; among the ranks are her new assistant and ex-boyfriend. Are either a good choice? Or is the person she’s been looking for there all along?

I watched this drama when it first aired, and I watched it again recently. I usually don’t re-watch what I’ve seen in the past, because I always have a hard time going through the episodes again regardless how much I loved it the first time around, but I was able to re-watch this one the whole way through! I love how this drama is all about growing up, finding yourself and more importantly being grateful for the people around you. It is not a fluff piece by far, and definitely not something to watch just for a few laughs after a long day. Of course, it was, by no means, serious all the time — it had plenty of humorous moments and awww inducing scenes, but what makes it stand out are those thought provoking inner monologues.

Ariel Lin is one of my favorite actresses because of her versatility and real prowess in acting, and the character she portrays in this drama completely redefines her as an actress. It is amazing to watch her mature and to bring that maturity with her on screen. The growth her character goes through, and the lessons we learn from just watching were almost unexpected after so many princess Cinderella story lines I have become accustomed to. Bo-Lin Chen is not an actor I am familiar with, but he also really brought his A-game as the perfect best friend who has been stuck in the friend zone all these years. His character is genuine, sweet, a perfect gentleman, but at the same time, some how very realistic and down to Earth. He struggles with confidence and the inability to be true to his heart, completely unlikely those fancy pants knights in shining armor (well, almost). The two secondary characters are a little more stock, but I think the actors did the best they could with what they were given. They were good as sprinkles on top of a cake, without overpowering the actual richness of the main ingredients.

If you enjoy savoring a cup of good coffee on a lazy Sunday afternoon, then why not watch this while you are at it? I promise you will not be disappointed, and don’t worry — you do not need to be 30 to love it!

there’s always someone who takes one hour taxi ride to get to your side, sacrifices his suit jacket for you to wipe away your snot, just so you can be comforted. ^^;